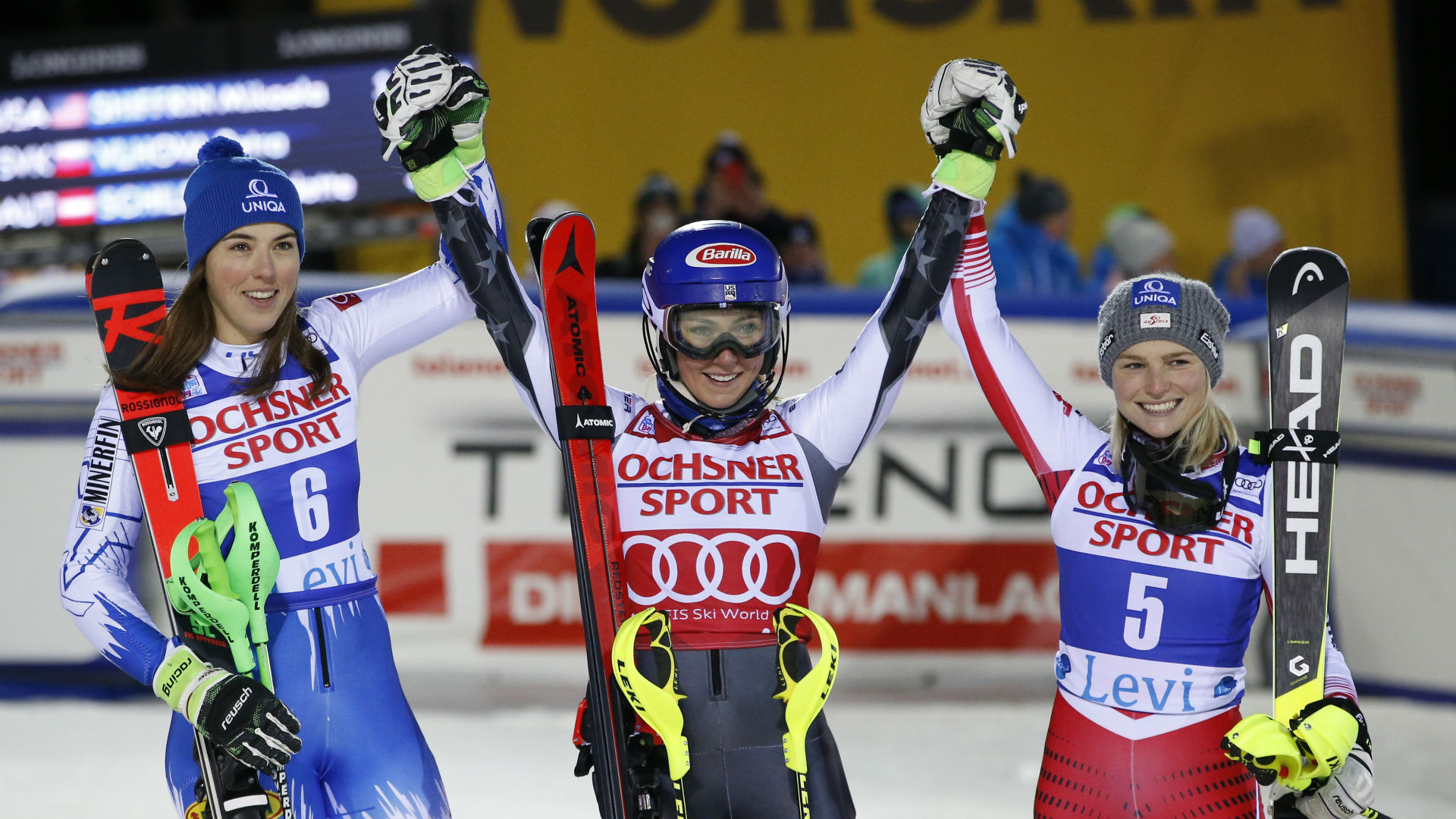 
Mikaela Shiffrin moved to within two of Marlies Schild's record of 35 FIS Alpine World Cup victories with her third triumph in Levi – earning her a new member of her reindeer herd.

Shiffrin has been the dominant force in slalom since 2013, winning five discipline globes in six seasons, and she looks set to challenge again as she notched up win number 33.

The 23-year-old went into Saturday's race – the second of the World Cup season – having won 23 of her last 29 slalom races, and she comfortably made it 24 in 30 as she cruised to victory by over half a second.

Having topped the rankings after the first run in Finland by 0.14 seconds, Shiffrin extended her advantage to 0.58secs with a conservative second attempt.

It gave Shiffrin a total time of one minute 32.61 seconds, comfortably giving her a first race win of the season ahead of Petra Vlhova and Bernadette Schild.

The winner's prize in the Finnish resort is a reindeer, meaning Shiffrin now has three of the animals after equalling Maria Hoefl-Riesch's Levi record.

And she does it!! @MikaelaShiffrin wins the @fisalpine slalom opener by .58 up at #worldcuplevi. pic.twitter.com/vjiqLCBynJ