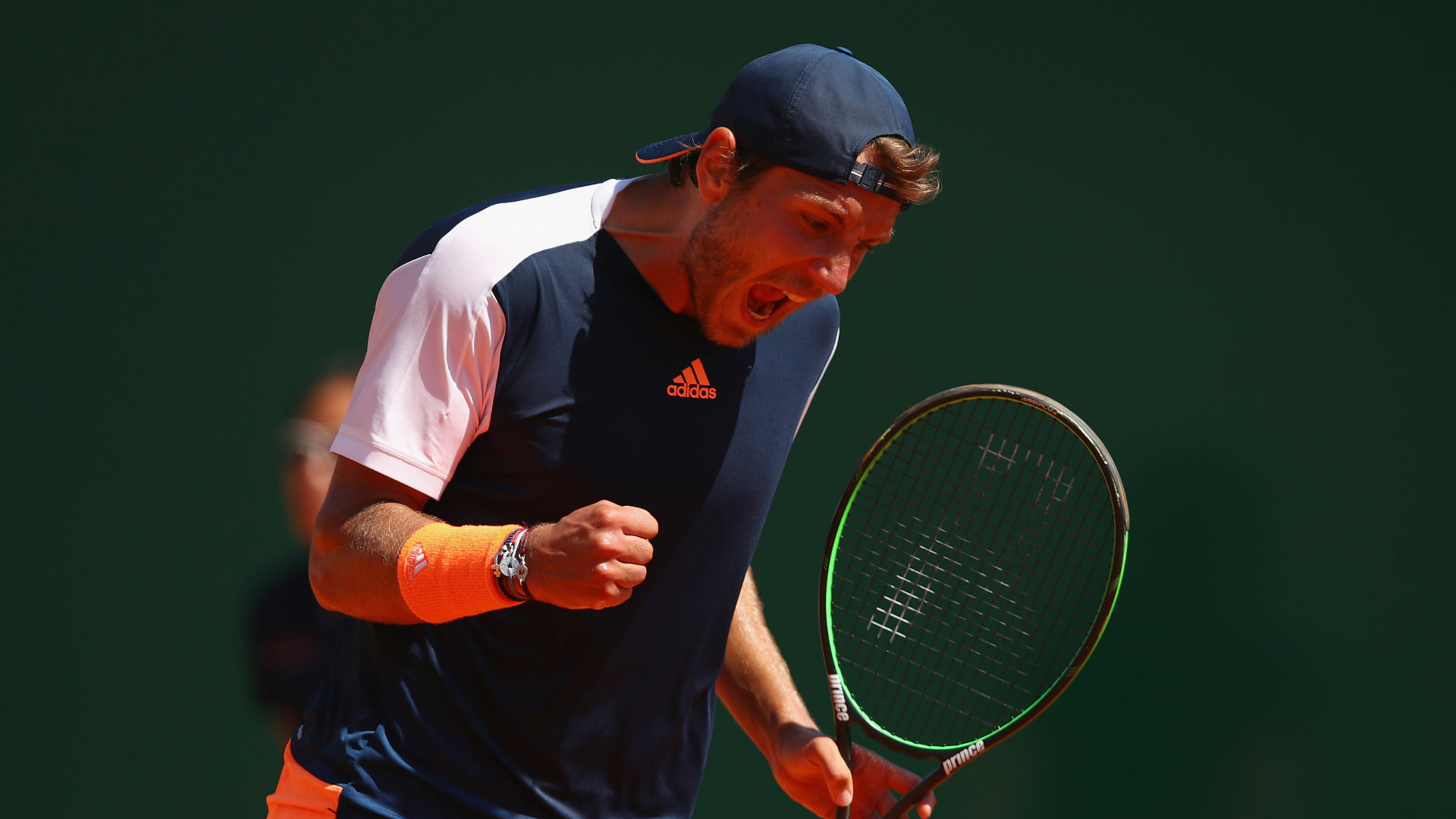 
Lucas Pouille continued his promising run of form by coming from behind to defeat Yuichi Sugita and book a spot in the semi-finals of the Dubai Tennis Championships.

The Frenchman was rewarded for a more aggressive approach after losing the opening set, as he recovered to register a 3-6 6-3 6-2 victory in a little under two hours.

Pouille is aiming for a second title of the season, having won the Open Sud de France, while he was also a beaten finalist in the Open 13 in Marseille.

"I think after I lost the first set, I started to be a bit more aggressive, especially on the return," he said.

"I was very close from the baseline, even sometimes inside the court to return the second serve. That put him under pressure [and] I think that made the difference."

Awaiting in the last four is Filip Krajinovic, who battered Evgeny Donskoy 6-1 6-2.

In-form Lucas Pouille is through to the Dubai semi-finals after a three-set victory over Yuichi Sugita.

On the other side of the draw, third seed Roberto Bautista Agut overcame a tricky encounter with Borna Coric to record a 7-6 (7-4) 6-4 victory.

The Spaniard recovered from 3-1 down early in the first set and is now just one win away from a 14th ATP Tour final appearance.

His next opponent is wildcard Malek Jaziri, who accounted for top seed Grigor Dimitrov earlier in the tournament and continued his fine run with a 6-4 3-6 6-3 triumph over Greece's Stefanos Tsitsipas.