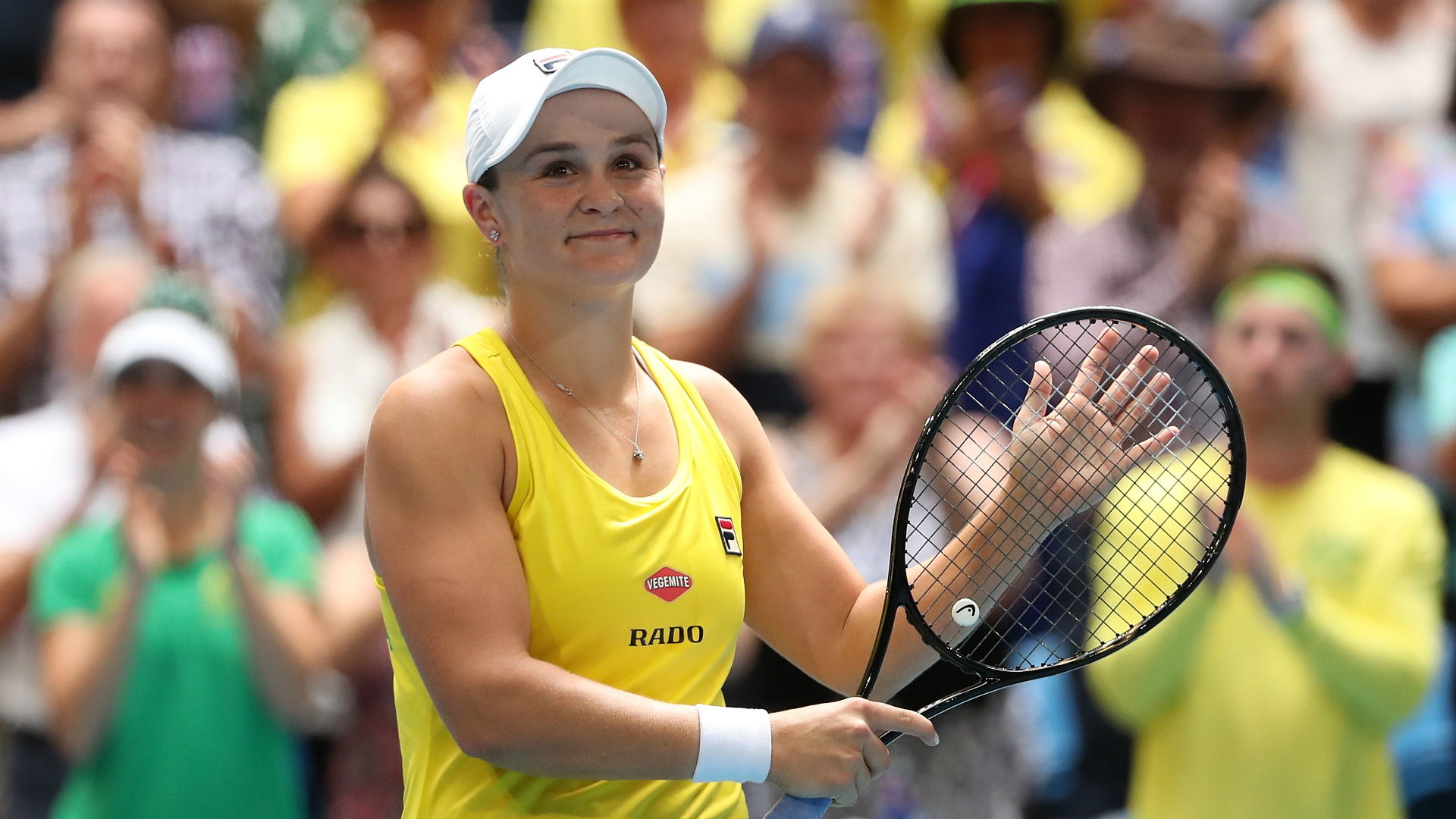 
World number one Ashleigh Barty crushed Caroline Garcia 6-0 6-0 to square the Fed Cup final at 1-1 at the end of play on Saturday.

Australia trailed France following the opening rubber but were back level just 56 minutes after Barty took to the court in Perth.

The WTA Finals champion sent down eight aces and hit 15 winners to set up a blockbuster showdown with Kristina Mladenovic, who earlier breezed past Ajla Tomljanovic.

Mladenovic broke serve in the opening game and never looked back in a convincing 6-1 6-1 victory, but will have a tougher time getting past an in-form Barty on Sunday.

The world No. 1 was on another level today as she beat Caro Garcia 6-0 6-0 to level the scores in Perth

"I couldn't have asked for a more perfect match," the Australian said after seeing off Garcia.

"I think that's probably the best tennis match I've ever played in my life and what a place to do it, this is incredible. I'm so happy to be back here in Perth. I started my year here, so it's a hell of a way to finish it off too."

Barty is due to partner veteran Sam Stosur in the doubles, with Mladenovic and Garcia to team up for France.