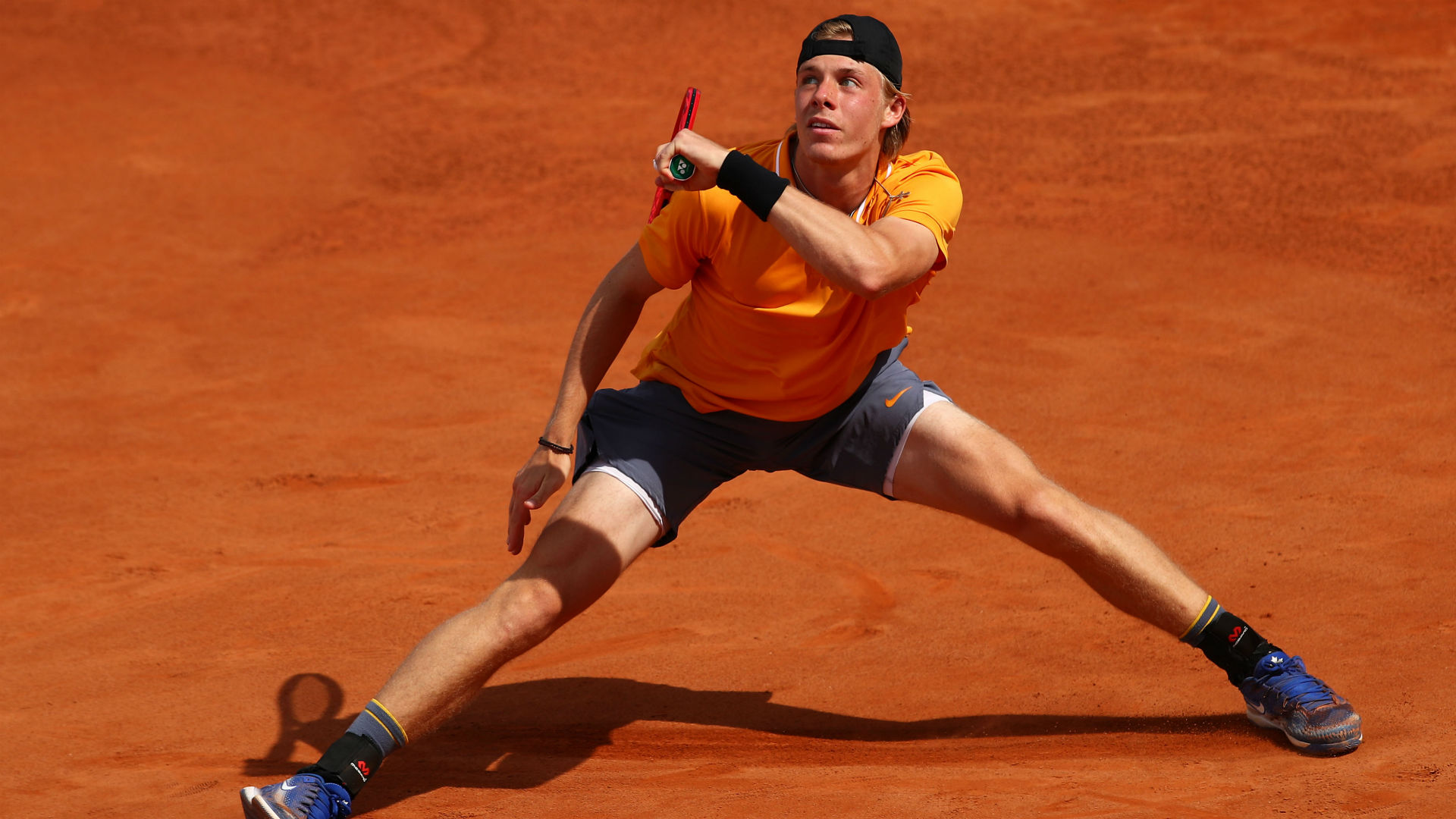 Shapovalov to face Djokovic in Rome, misery for Monfils


Denis Shapovalov will face Novak Djokovic in the second round of the Internazionali d’Italia after beating Pablo Carreno Busta, while Gael Monfils crashed out in Rome on Monday.

Shapovalov arrived in the Eternal City on a dismal run of four consecutive losses, but he got up and running on clay with a 6-3 7-6 (7-5) defeat of Carreno Busta.

The 20-year-old faces a huge test in round two at the Foro Italico, with world number one Djokovic eyeing back-to-back titles following his Madrid Open triumph.

Monfils has enjoyed an impressive season - giving Roger Federer a major test in Madrid last week - but the 15th seed went down 6-3 6-1 to Albert Ramos-Vinolas.

Fernando Verdasco will come up against Dominic Thiem after fighting back to see off Kyle Edmund 4-6 6-4 6-2, while Borna Coric also came from a set down to eliminate Felix Auger-Aliassime.

Fabio Fognini toppled Jo-Wilfried Tsonga to join the likes of Karen Khachanov, Nikoloz Basilashvili and Marco Cecchinato in round two.

French duo Richard Gasquet and Jeremy Chardy were locked at a set apiece when play was suspended for the day due to rain as they battle for the right to play defending champion Rafael Nadal.

Chapeau for Shapo @denis_shapo gets past Pablo Carreno Busta 6-3 7-6(5) to set R2 clash with Novak Djokovic at #ibi19 pic.twitter.com/BbdcI8AjL1

Shapovalov has been out of sorts since losing to Federer in the Miami Open, but the Canadian prodigy showed what he is capable of in the Italian capital.

Carreno Busta did not force a single break point and although Shapovalov converted only one of 12, he got through in straight sets.

Shapovalov will face Djokovic for the second time in his fledgling career, having been beaten in a four-setter at the Australian Open earlier this year.

Monfils dropped below the high standards he has set for much of this year and Ramos-Vinolas capitalised.

Frenchman Monfils won only 66 per cent of points behind his first serve and Ramos-Vinolas won all four break points he earned.