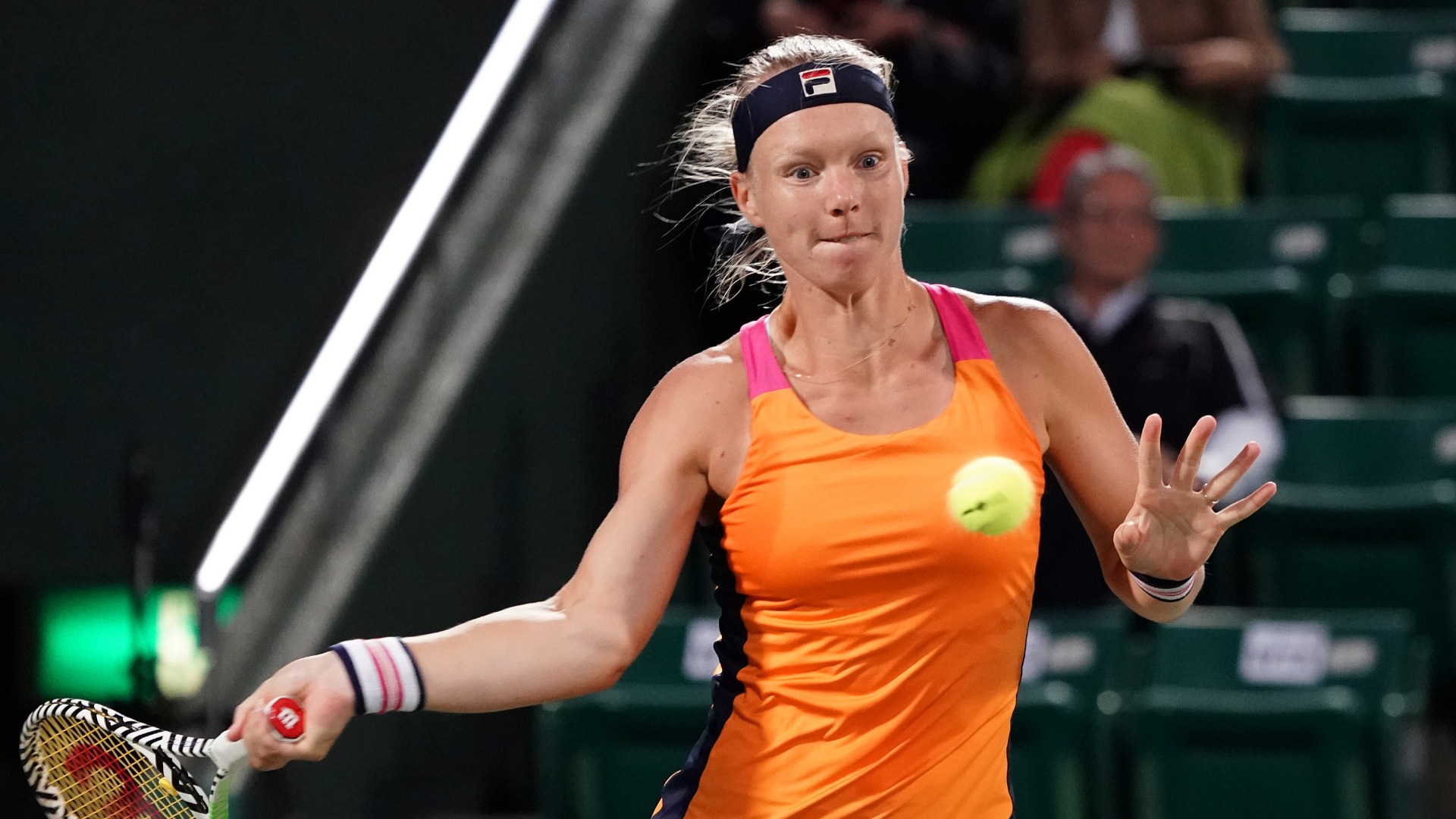 Bertens, Stephens, Vekic all dumped out in Osaka


Kiki Bertens, Sloane Stephens and Donna Vekic were dealt shock defeats in the second round of the Pan Pacific Open on Thursday.

The three seeded players came up short to blow the draw wide open, although former world number one and home favourite Naomi Osaka remains in the competition.

Dutch star Bertens was the second seed but failed to recover from a dismal start against 2017 finalist Anastasia Pavlyuchenkova and went down 6-1 7-5 to the Russian in the late match on centre court.

American Stephens, the third seed, had also earlier been humbled as she was knocked out by Camila Giorgi.

The Italian was a 6-0 6-3 winner and faces Elise Mertens in the quarter-finals.

Quarter final tomorrow @torayppo
Fun fact -> I played juniors in the exact same club in 2012, 7 years ago!
Good to be back! #tennis #wta #torayppo pic.twitter.com/huFtojDL1w

"It was a good match, for sure, and I was able to play my game, show off my attacking style and be consistent," said Italian Giorgi, who lost to Osaka in the last four in 2018.

Giorgi told the WTA's website: "When I play, I always focus on myself. I only made a few mistakes. That's always been my way, ever since I was little, to attack, to go forward, to put the pressure on. This surface suits my game, too."

Wildcard Misaki Doi joined fellow Japanese player Osaka - who went through on Wednesday - in the last eight by beating Vekic, another beaten semi-finalist 12 months ago.

Doi, who is also through to the doubles semi-finals, reached the Japan Women's Open final last week and is maintaining a bid to go a step further this time.

She defeated Croatian Vekic 7-6 (7-5) 6-3, while Kazakhstan's Yulia Putintseva at least avoided an upset, crushing Russian player Varvara Flink 6-1 6-1 to set up a clash with Osaka on Friday.