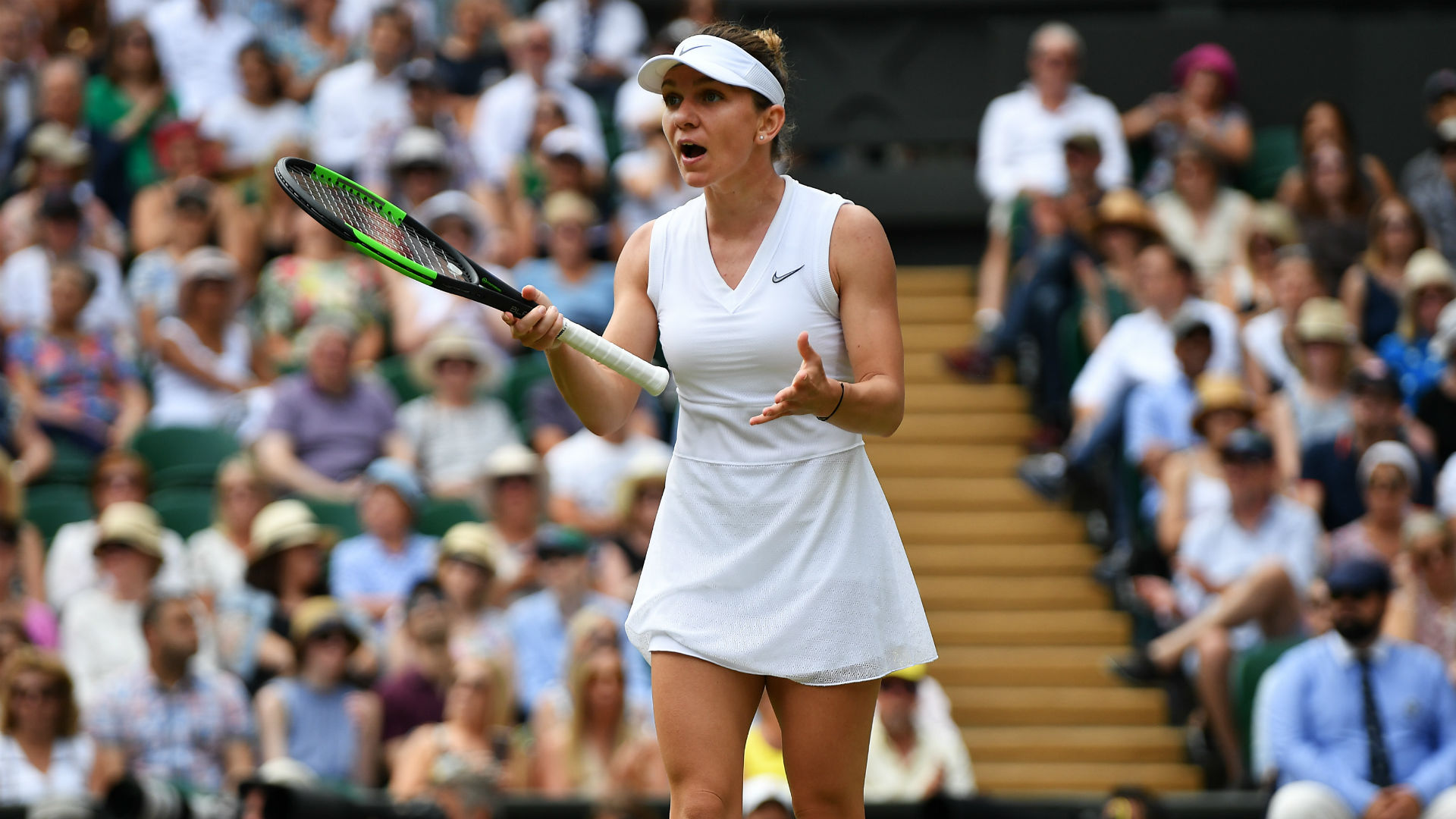 
Simona Halep kept herself in the frame for a first Wimbledon title and England's cricketers created an increased buzz in SW19 on Thursday.

Halep potted a semi-final win against Elina Svitolina before being asked about her interest in snooker given three-time world champion Mark Selby is one of only two people she follows on Twitter.

David Beckham was among the famous faces in the Royal Box to see Halep and Serena Williams seal their places in the women's singles final.

There was also excitement at the All England Club for a major sporting showdown taking place in Birmingham, where England beat Australia to reach the Cricket World Cup final.

Catch up on what was happening around the grounds on day 10 of the grass-court grand slam.

Watching on from the Royal Box, David Beckham would have been proud of that one #Wimbledon pic.twitter.com/4v189nwV5X

Halep has huge Twitter support but chooses those she follows carefully, selecting only her former coach Darren Cahill and Leicester cueman Selby.

Romania's 2018 French Open champion might not know the intricacies of snooker, but she is a fan of the player nicknamed 'The Jester'.

"I have no idea how you play snooker. But I appreciate him." Halep said.

"He's been in Romania a few times. I met him. Also I have a snooker ball signed from him. That's why I follow him."

Crowds gathered to watch a band strike up with numbers such as Abba's SOS as Pimm's and champagne flowed late in the morning.

The distress signals from Australia players at Edgbaston also went down well as word reached Wimbledon that England were on course to reach the World Cup final.

Australia's early collapse in their semi-final was being discussed on the walk-up towards the All England Club grounds and as the tennis was taking place.

While some were clearly as confused by the cricket as Halep is by snooker, the majority were looking forward to another huge final in London this weekend after England set up a clash with New Zealand at Lord's.

BECKS AND BRANSON WATCH ON

Beckham is a Wimbledon regular and all eyes were on the former England football captain when he rocked up in dapper attire.

As Halep and Williams made statements on the main showcourt, Beckham made one of his own with a gold jacket, blue and white striped shirt and a snazzy tie.

Sir Richard Branson sat just along from Beckham to witness Halep and Williams go about their business in ruthless fashion.

While most people know what is in store well before they arrive at Wimbledon, there can be the odd one unsure what action will be served up.

An American visitor was heard asking "What time is Federer on?" and appeared bemused when informed he faces Rafael Nadal on Friday.