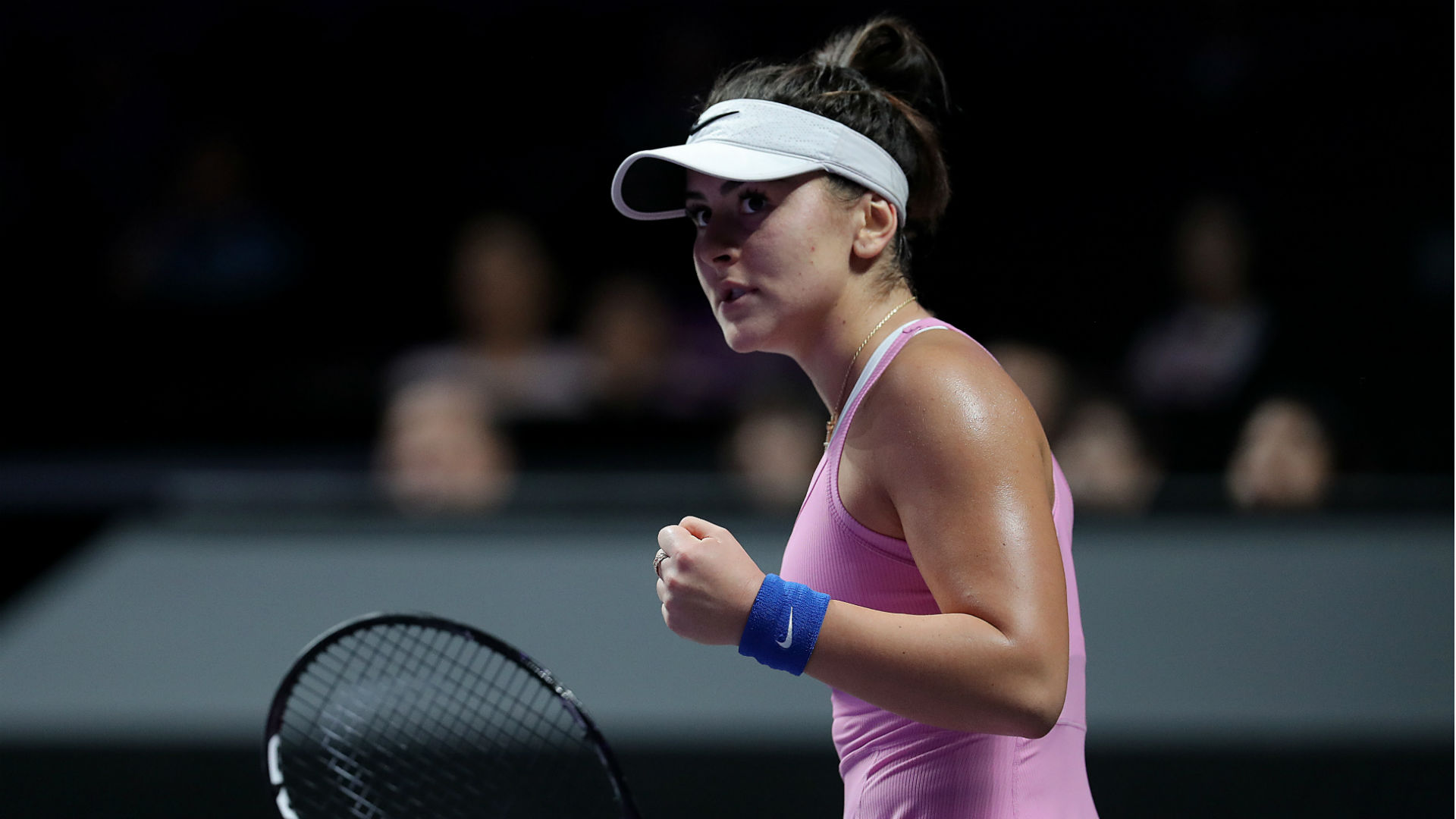 Andreescu aiming for world number one & Olympic debut in 2020


Bianca Andreescu has set her sights on becoming world number one and representing Canada at the Olympic Games in 2020.

Andreescu enjoyed a breakthrough 2019 in which she lost only seven of her 55 matches and completed an incredible run at the US Open, stunning Serena Williams in the final with a performance belying her tender years.

The 19-year-old, who retired from the WTA Finals because of a knee injury, collected the Lou Marsh Trophy this week as she was named Canada's athlete of the year.

"If I could choose something it would be to accomplish my ultimate goal, which is to become number one in the world and hopefully win another grand slam and stay healthy as much as possible."

On her hopes of competing for her country in Tokyo, Andreescu told reporters: "I think there's a very good chance for me to be able to participate.

The next major event on the horizon for Andreescu is the Australian Open, for which she is the second favourite behind Williams.

"Every tournament I go into I want to win it," she said of her approach for the first grand slam of 2020.

"I'm just going to do the best I can to prepare, hopefully my knee's good and hopefully I can bring the trophy home."