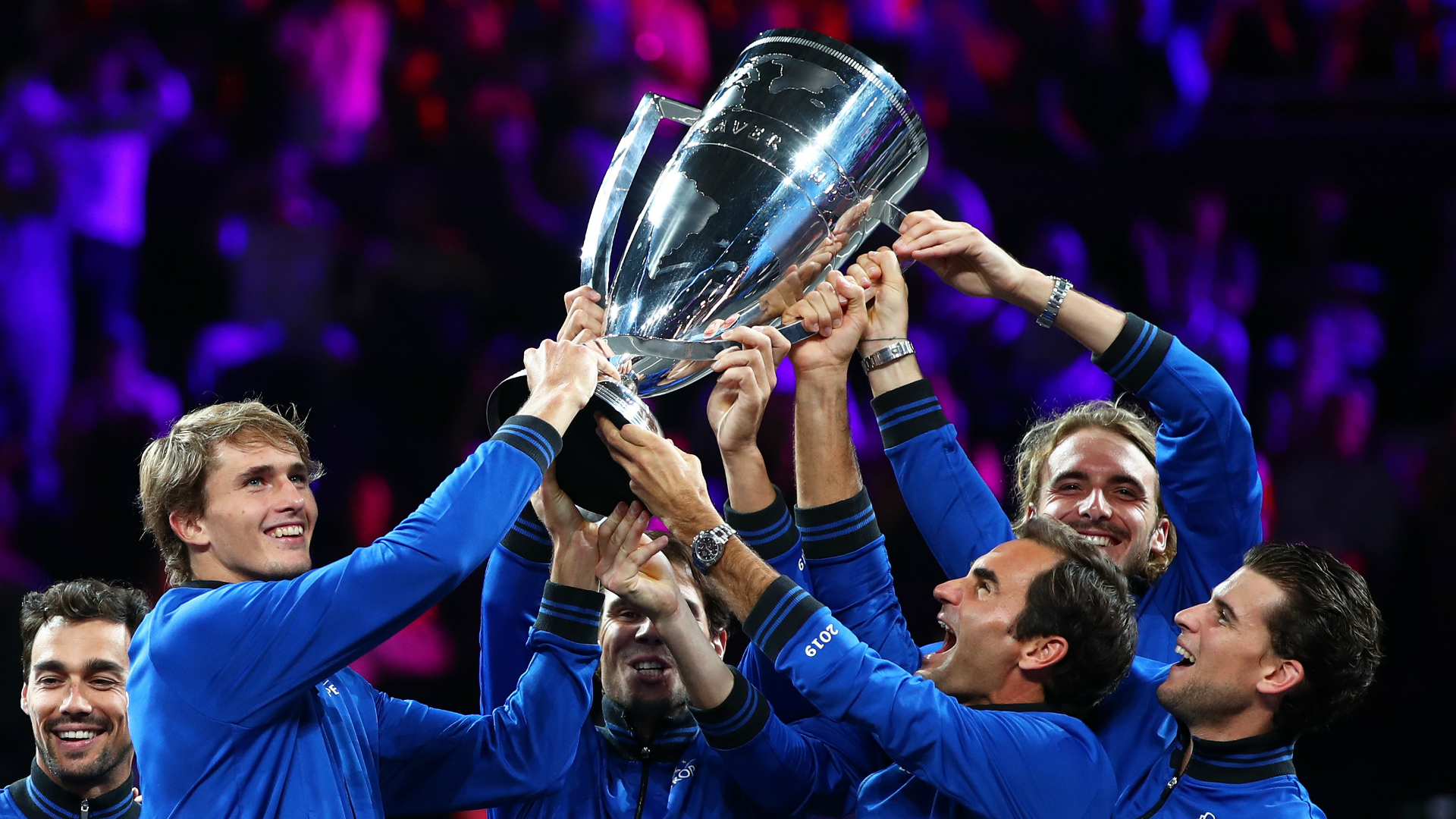 
Alexander Zverev clinched victory for Team Europe in the Laver Cup for a third straight year when he won a thrilling deciding match against Milos Raonic.

With Roger Federer and Rafael Nadal roaring him on from courtside, Zverev fended off Raonic 6-4 3-6 10-4 amid raucous scenes in Geneva, holding his nerve in the match tie-break.

It gave Bjorn Borg's Team Europe squad a 13-11 triumph over Team World in the three-day event.

Team World had surged from 7-5 behind to lead early on Sunday, with captain John McEnroe's team benefiting from Nadal having to withdraw from his singles and doubles matches with an inflamed hand.

Nadal was meant to play doubles with Federer, but Stefanos Tsitsipas stepped in as his substitute and the American pair of John Isner and Jack Sock pulled off a 5-7 6-4 10-8 victory.

When Nadal's singles replacement, Dominic Thiem, slid to a surprise 7-5 6-7 (3-7) 10-5 defeat against Taylor Fritz, Team World pocketed another three points and were close to carrying off the trophy.

Federer returned to court to exact revenge over Isner, however, beating the big-serving American 6-4 7-6 (7-3) in singles as Nadal roared encouragement to his long-time rival, a rare sight.

That outcome teed up Zverev and Raonic for the winner-takes-all finale.

Australian great Rod Laver, from whom the event takes its name, watched on as a backhand winner from Zverev set up match point, and the German swept a cross-court forehand out of the reach of Raonic to tie up the title.

Zverev has had a rocky season on tour, so this was sweet satisfaction.

Pointing to his team-mates he said: "Those guys were screaming at me in the locker room before the tie-break.

"I'm super happy and super thankful to Rafa and Roger and the rest of the team. Without them on the bench today I would not have done it.

"It's very special, especially playing in front of those guys, and them trusting me to play the last singles match we have is an unbelievable feeling.

"This event is something I hope to play every single year of my career."

"Trusting me to play the last singles match that we have is an unbelievable feeling."

Federer added at the trophy presentation: "It's a big moment. What a weekend it's been. It's been absolutely incredible. Congratulations Team World on an unbelievable fight, I can't wait for the next one in Boston."

Team Europe captain Borg said: "It's been unbelievable tennis. Team World came once again very close but we won the right points and had maybe a bit of luck. I'm very proud of my team. I'm a very happy captain."

Losing Team World skipper McEnroe said: "I want to congratulate Team Europe. It was awesome. You found a way to get it done.

"I'm getting very sick and tired of you, I've got to say.

"I've got to congratulate my old buddy and rival Bjorn Borg for beating me once again, unfortunately.

"I'm so proud of these guys you fought your heart out."

The result means Europe have won all three editions of the Laver Cup, which was first held in Prague in 2017 and then contested in Chicago in 2018.