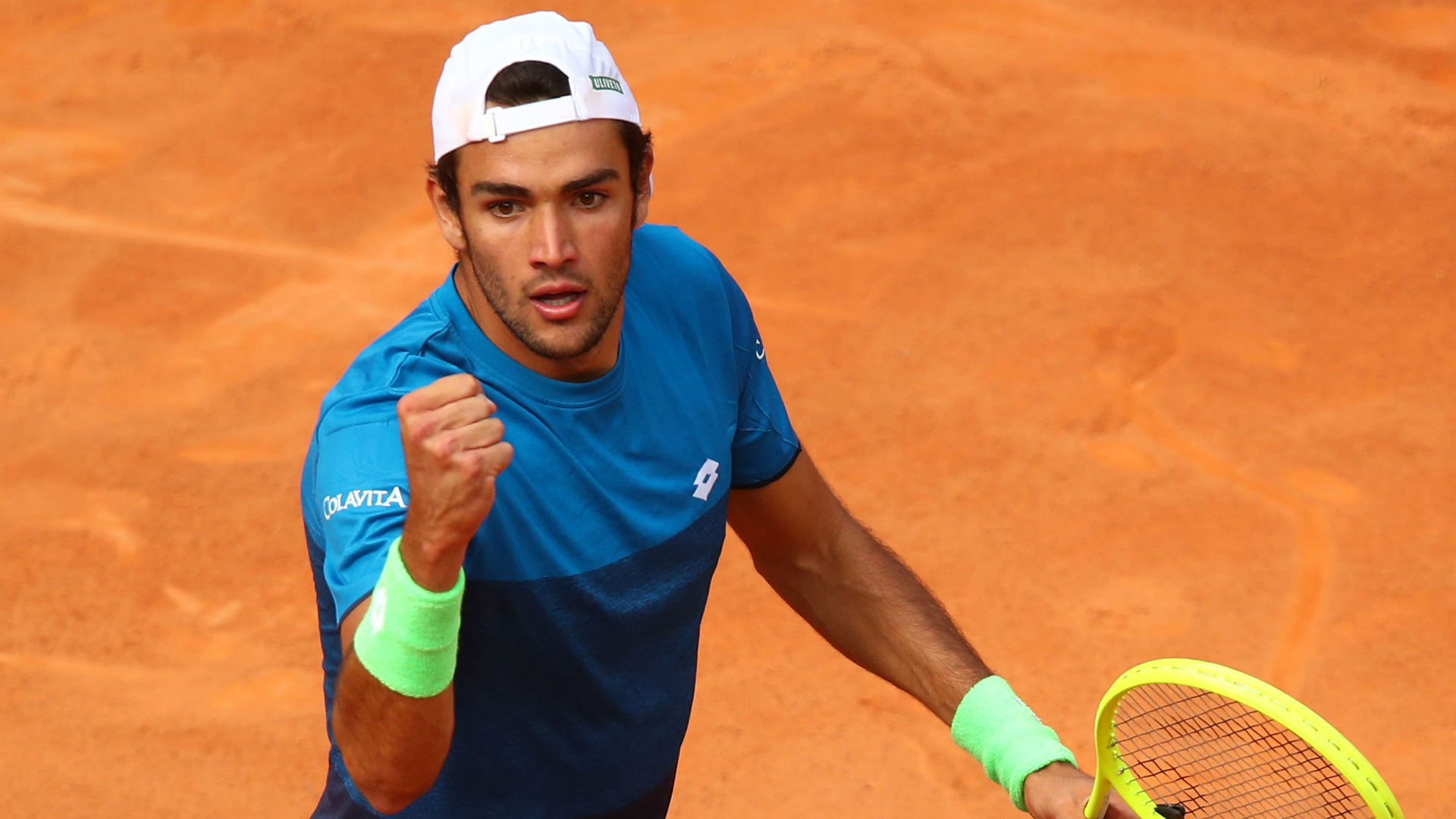 Berrettini ousts Zverev as Kyrgios runs through his repertoire in Rome


Matteo Berrettini produced the shock of the day in the men's singles at the Internazionali d'Italia, sparking scenes of jubilation in his native Rome by eliminating fourth seed and 2017 champion Alexander Zverev.

"The environment was great, the match that I played was horrendous," said Zverev, who holds an underwhelming 15-10 record in 2019 with the French Open fast approaching.

Daniil Medvedev was the other seed to exit the men's draw on Tuesday, losing in three sets to Nick Kyrgios as the Australian produced a series of unpredictable antics, even by his own standards.

Two days on from Jannik Sinner's surprise win against Steve Johnson, the crowd in Rome was given further reason for cheer as Berrettini reached the last 16 of a Masters 1000 event for the first time.

Zverev struggled badly on his second serve, winning just 28 per cent of points, and paid the price for failing to convert a number of break-point opportunities as he slumped to defeat.

Next up for Berrettini is a meeting with either Diego Schwartzman - a straight-sets winner over Yoshihito Nishioka on Tuesday - or Albert Ramos-Vinolas.

KYRGIOS ENJOYS HIMSELF IN MEDVEDEV WIN

Kyrgios set the tone for his 6-3 3-6 6-3 triumph over Medvedev by serving underarm in the first point of the match.

A number of eye-catching moments followed as the 24-year-old repeated that trick, while also treating the crowd to some glorious strokes and bizarrely turning his back on his opponent during one rally.

After ousting the 12th seed, Kyrgios said: "It was a lot of fun. I knew it was going to be tough. Medvedev is an unbelievable player.

"I just tried to serve really big. I tried to dictate as much as I could. A lot of drop shots. I was trying to throw him off his game because I knew he loves rhythm."

CHARDY SETS UP NADAL CLASH AS WAWRINKA CRASHES OUT

In a match forced into a second day by rain, Jeremy Chardy beat Richard Gasquet 6-1 4-6 6-3 to ensure he will be Rafael Nadal's first opponent of the week in Rome.

Stan Wawrinka delivered a dismal display after taking the opening set against David Goffin, enabling the Belgian to triumph 4-6 6-0 6-2 and set up a meeting with Juan Martin del Potro.