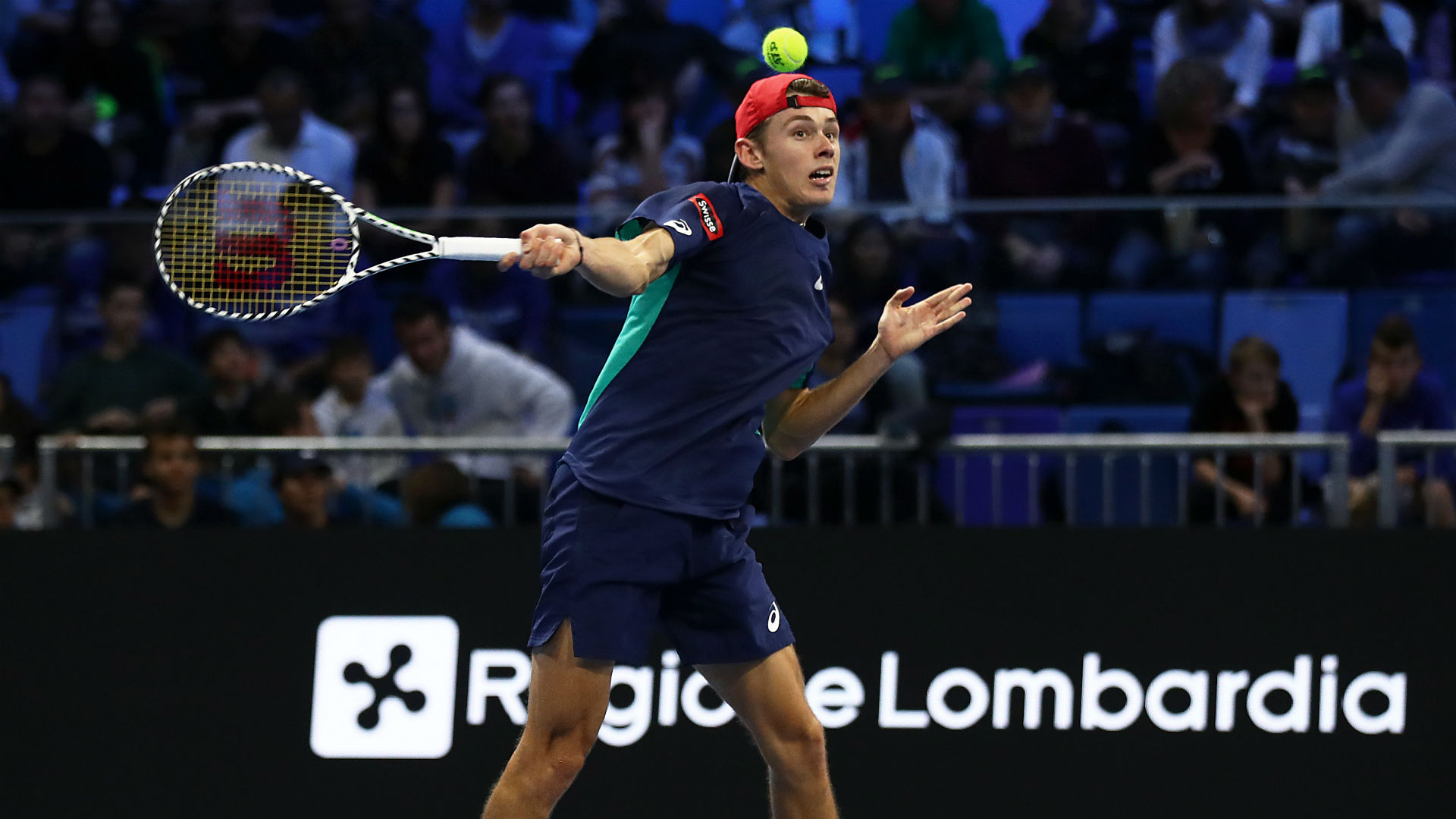 
Alex de Minaur made it two wins from two Next Generation ATP Finals matches as he defeated Miomir Kecmanovic on Wednesday, with Jannik Sinner booking a last-four spot.

Australian De Minaur, the highest-ranked player at the event, secured a 4-1 4-3 (7-3) 1-4 4-0 victory to follow up on his opening Group A win over Alejandro Davidovich Fokina.

Having been made to work hard for his triumph in Milan, particularly during the second and third sets, the 2018 runner-up was pleased with his powers of recovery.

"This is what you expect in these conditions," said the world number 18, referencing the shorter format. "A match can turn quickly. I didn't play badly, he just played well in the important moments.

"I just had to regroup and stick to my game."

The impressive Sinner was a 4-0 4-2 4-1 winner over Mikael Ymer to ensure he will progress from Group B.

Casper Ruud, who lost his opener to Kecmanovic, inflicted a second consecutive defeat on Davidovich Fokina.

In the other Group B clash, Frances Tiafoe recovered from his defeat to Sinner by beating Ugo Humbert, who has now suffered back-to-back reverses.