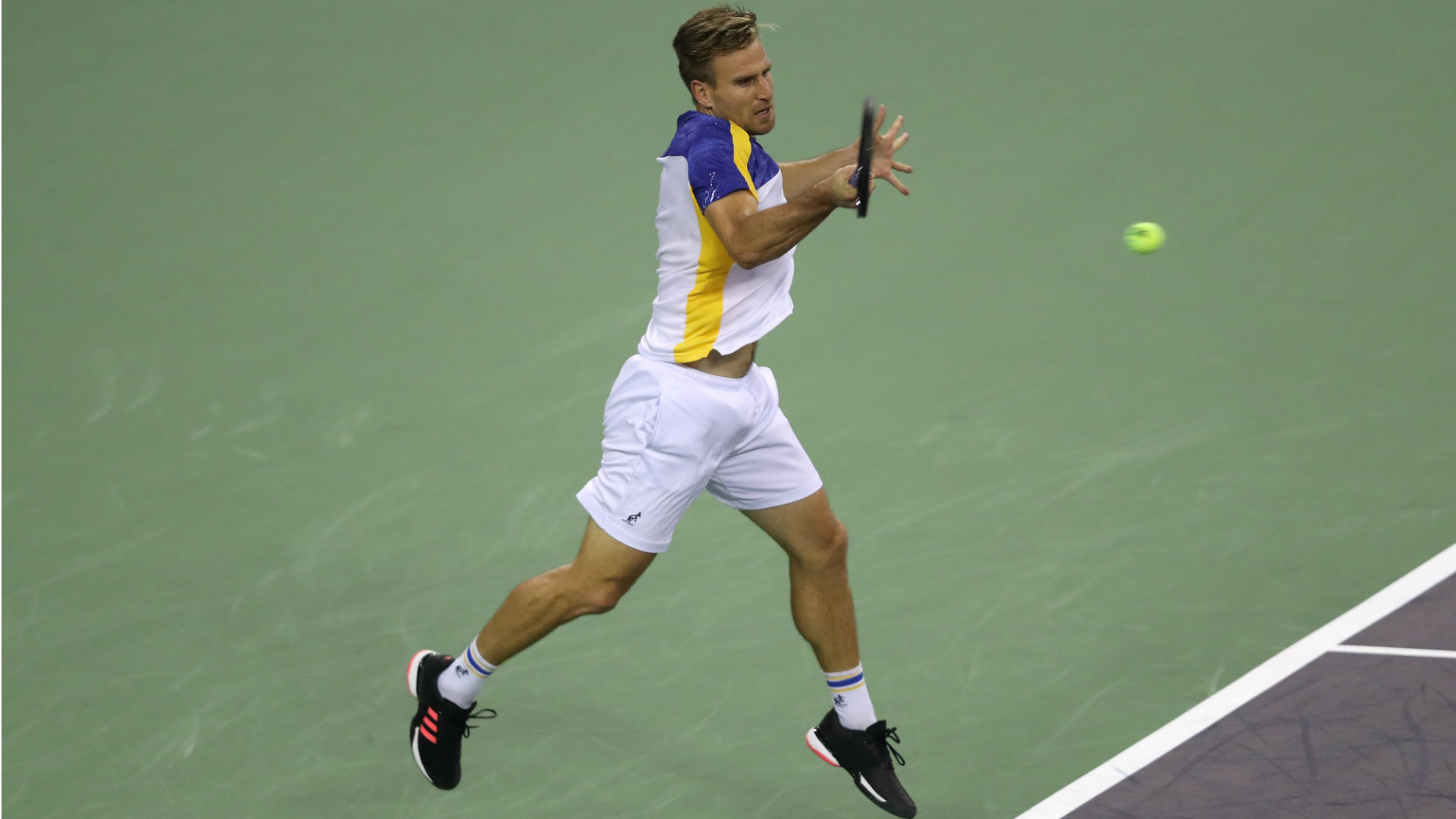 
Peter Gojowczyk produced the first upset in the main draw at the Shanghai Masters as Jeremy Chardy booked a clash with Novak Djokovic in Sunday's action.

Gojowczyk came through 6-4 6-7 (6-8) 6-3 against Jack Sock, defeating the 12th seed for the second time on the ATP Tour this year after also getting the better of the American in Auckland.

The German's reward is a match against either Bosnian Damir Dzumhur or Marton Fucsovics of Hungary in the second round.

Chardy, meanwhile, will go up against second seed Djokovic after seeing off German Maximilian Marterer 6-3 7-6 (7-5) in his opener.

The Frenchman saved all three break-point opportunities he faced on his serve as he triumphed after one hour and 35 minutes on court.

RUSSIAN ON THE RISE

In other early action at the tournament, Karen Khachanov bounced back from losing the first set to see off American Steve Johnson.

The Russian - ranked 24th in the world - won 6-7 (6-8) 6-3 6-4 and could next face 10th seed Stefanos Tsitsipas, who opens his campaign against Frenchman Gael Monfils on Monday.

Nicolas Jarry sent down 18 aces to see off Mischa Zverev of Germany 6-4 3-6 7-6 (7-5), the Chilean avenging a loss against the same opponent in Eastbourne back in June.

.@karenkhachanov, playing at a career-high #ATP ranking, fights through his @RolexMasters opener.

PLENTY TO PLAY FOR

There is more to play for than just a trophy in Shanghai, as some of the seeds will be looking for crucial ranking points to boost their hopes of qualifying for the ATP Finals.

Rafael Nadal, Djokovic, Roger Federer and Juan Martin del Potro - who lost in the final at the China Open in Beijing on Sunday - have already secured four of the eight available places for the event in London.

Alexander Zverev - sitting in fifth place - is on course to qualify too, with the German hoping to claim his 10th career title in China.

Marin Cilic, Dominic Thiem and Kevin Anderson occupy the final three places as it stands, with John Isner and Kei Nishikori rounding out the top 10.