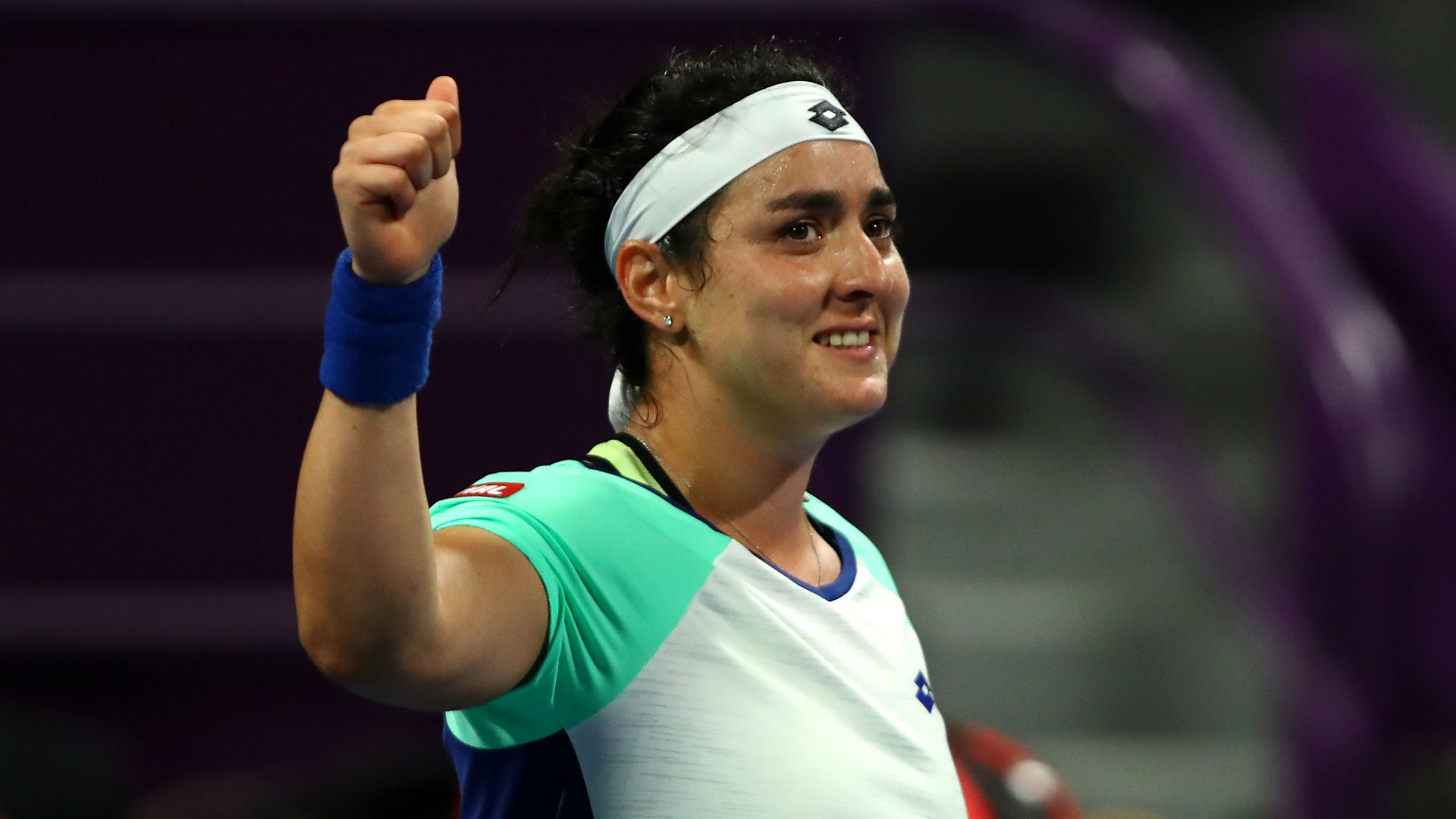 
Ons Jabeur continued her fine start to 2020 with the biggest win of her career as she stunned third seed Karolina Pliskova at the Qatar Open.

The Tunisian has surged to a career-high ranking of 44 having made history by reaching the quarter-finals of the Australian Open in January.

What it is rapidly developing into a breakthrough year saw another high point on Wednesday as she emerged victorious from a gruelling three-set battle with third seed Pliskova.

Kiki Bertens was another to suffer a surprise loss as Zheng Saisai came from a set down to see off the seventh seed.

Belinda Bencic, Petra Kvitova and Aryna Sabalenka all progressed, while world number one Ashleigh Barty was one of two players to receive a walkover into the quarter-finals, where she will meet Garbine Muguruza.

It has already been an impressive year for Jabeur.

She added another achievement to an increasingly impressive CV by progressing to the last eight in Doha.

Having lost to Simona Halep in a third-set tie-break in Dubai, Jabeur made sure to finish the job against Pliskova, hitting 33 winners to prevail 6-4 3-6 6-3 in a thriller and knock out the 2017 champion.

Few would have predicted Bertens succumbing to Zheng considering she dropped just one set en route to the St. Petersburg Open title earlier this month.

There appeared little sign of a shock when Bertens took the first set, but Zheng superbly battled back to claim a 3-6 6-3 6-4 win after two hours and 10 minutes.

Though she was unable to overcome Sofia Kenin in the Australian Open final, Muguruza has been a player revitalised in 2020.

A clash with rising star Dayana Yastremska presented a significant hurdle, but she cleared it in relatively routine fashion.

Despite hitting only two winners, Muguruza capitalised on 29 unforced errors from Yastremska as the two-time grand slam champion wrapped up a 6-2 6-4 success.

Barty, whose meeting with Elena Rybakina was cancelled after the Kazakh withdrew with an abductor strain, is next for Muguruza. Svetlana Kuznetsova, meanwhile, progressed as Amanda Anisimova pulled out because of illness.