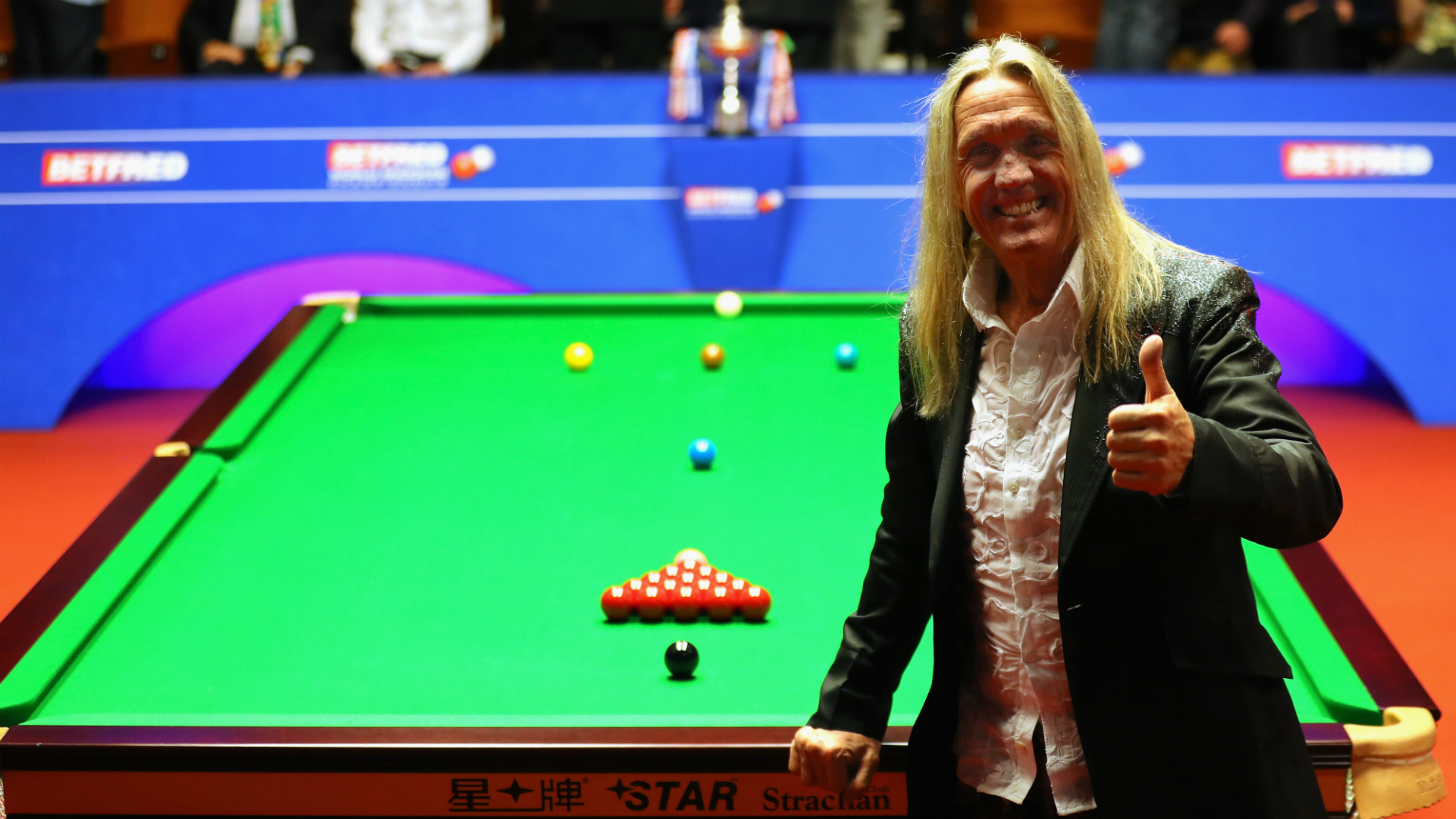 What you've been missing if you're not a fan of... snooker at the Crucible


"Let's be honest, getting tickets for the Crucible is harder than getting an Iron Maiden ticket, which is saying something."

Snooker's World Championship has been postponed from its traditional April and May dates because of coronavirus, causing huge disappointment to the devotees who flock to Sheffield each year.

Iron Maiden drummer Nicko McBrain is a regular visitor to the Steel City, and the man who has played the world's biggest stadiums and rock arenas feels a unique magic every time he steps through the Crucible Theatre stage door.

Stuart Bingham was a long-time tour pro before he won the World Championship in 2015.

Both men told Stats Perform what you have missed out on if you have never paid a visit to snooker's greatest venue, which was due to host the first day of its 44th consecutive World Championship on Monday.

It's true, the silence can be overwhelming, especially when the tension ramps up.

NICKO MCBRAIN: "Oh my sweet Lord. It really is powerful. There’s certain lights that the TV use that have got fans in them, and that’s all you can hear.

"And you get the odd cough here and there. It’s super quiet, you could literally hear a pin drop. And I felt that sense of awe when the lights went down and the players came down the steps and past the press area where we were sitting.

The theatre might be renowned worldwide, now that snooker has spread its wings and established strong footholds in Europe and Asia, but it really is poky, seating just 980 spectators.

NICKO MCBRAIN: "Television doesn't do justice to it. Every red-blooded Englishman knows how big a snooker table is and you’ve got two of them sitting on the floor. It’s very tiny and intimate, like a club vibe in there rather than a bigger venue.

"My first impression was of the size and the intimacy in there, and I could really feel the essence of these snooker players, these wonderful professional guys, and [the difference to] novices like me who can’t break more than 39. You can see it’s an amazing atmosphere in the room, and with all the years of history, it’s in every true Englishman’s heart. As soon as you say 'Crucible', they don't associate the Crucible with theatre, which is what it was really built for."

Many of the top professionals had their first taste of the arena as paying spectators, including past champions.

STUART BINGHAM: "I remember coming in 1993 and 1994 to watch Brian Morgan play and getting an autograph, being a snooker fan, so I wore a Brian Morgan T-shirt as I sat in the crowd, just thinking how much I wanted to make it here as a player one day.

"So 20 years later to get my hand on the trophy... these events are every kid’s dream.

"It’s like winning the Masters or the Open in golf, winning the FA Cup or the World Cup. It’s that feeling, just unbelievable.

"I remember walking up the stairs, giving it the old Pat Cash moment, to see my manager who I’d been with since a year before I turned pro. It was just a priceless moment."

IT'S A 'MARATHON OF THE MIND'

That was a term coined by BBC commentary box great Clive Everton, and it aptly describes the 17-day tournament. The wild men of the 1980s snooker boom may have gone, but they have been replaced by a new breed of ravenous competitors. Not that the current set of players wouldn't have enjoyed those heady days of yesteryear.

STUART BINGHAM: "It would definitely have been fun to be part of it. It’s a bit more professional in these days.

"It was maybe a bit more relaxed then, with players having a drink and a smoke, but it’s so professional these days that you have to be match fit. You’ve got to be on your game from day one.

"I think this is the only tournament with the kudos. It’s special. You’ve seen so many special world champions, great memories and it comes about because of this place, the Crucible, and Sheffield."