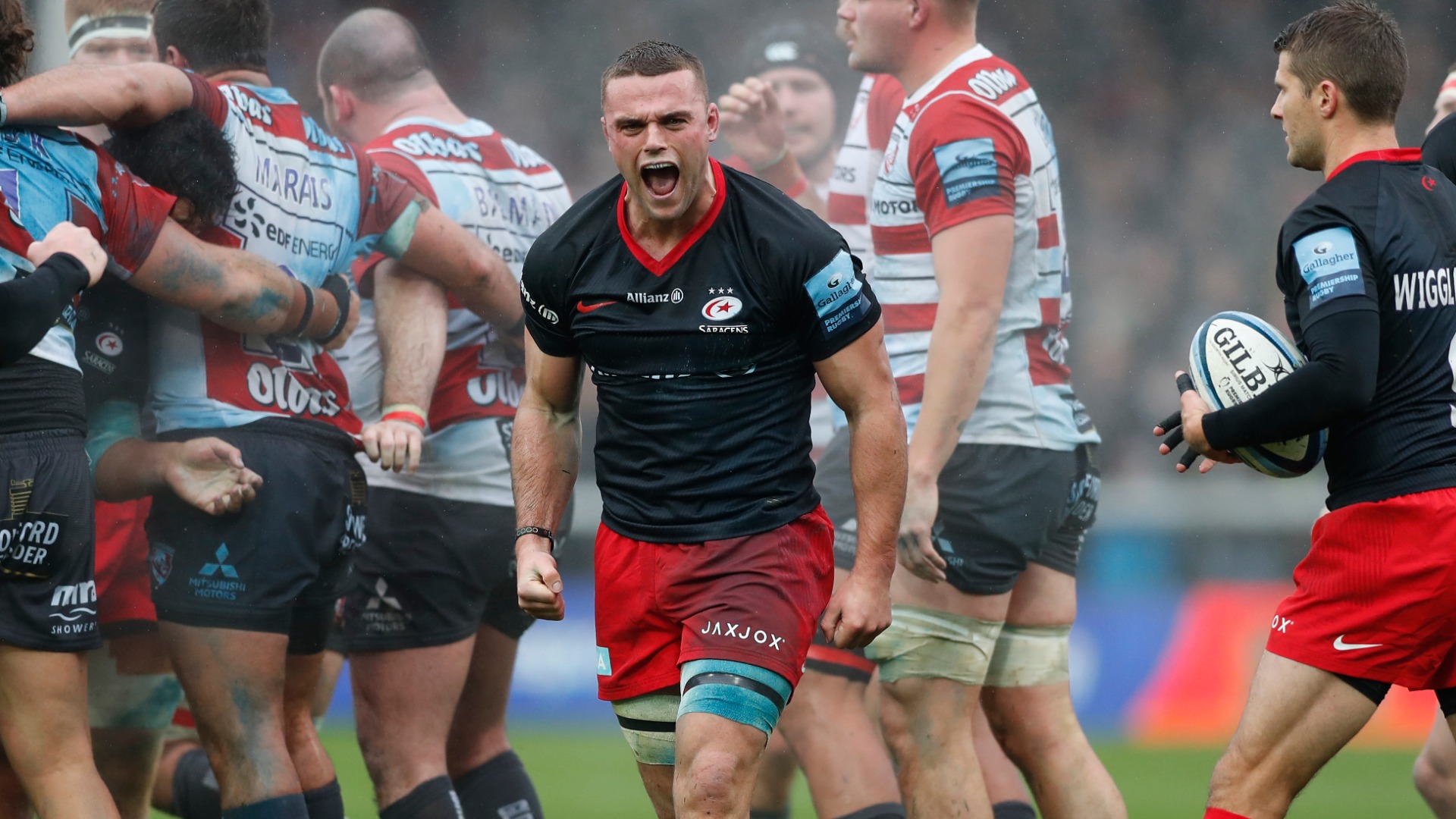 
Premiership champions Saracens put their off-field troubles behind them for 80 minutes to beat Gloucester 21-12 at Kingsholm on Saturday.

Sarries were this week docked 35 Premiership points and fined £5.36million for breaching salary cap regulations in each of the past three seasons.

The punishments are subject to review, with the club announcing their intention to appeal, and so they came into this match just a point behind Gloucester.

There were reports rival fans would flock to Gloucester to revel in the downfall of the country's best team, who were greeted with jeers as they ran out.

Supporters in the stands could be seen wearing hats reading "-26" - Sarries' points total at kick-off taking the deduction into account.

But while director of rugby Mark McCall told BT Sport ahead of the game the players had been "shocked" by the decision, the visitors gathered themselves to enjoy the better of the early stages.

An opening try, predictably met with boos, was deserved for Nick Tompkins after 25 minutes, although Gloucester responded in impressive fashion through Tom Marshall, who chipped the ball through and dribbled it over the line to dot down.

The four points secured on the road may bolster a Sarries survival bid if their points deduction stands, but they climb to second for now, with Bristol Bears - fourth and three points back – still to play on Sunday.

Saints' first defeat of the season came despite a fast start, hampered by Ben Franks and Paul Hill spending time in the sin bin late in the second half, allowing Bath – who had Aled Brew sent off - to score while the visitors were down to 13 men.

Elsewhere, Worcester Warriors won 19-14 at Harlequins in Saturday's other top-flight fixture in England.