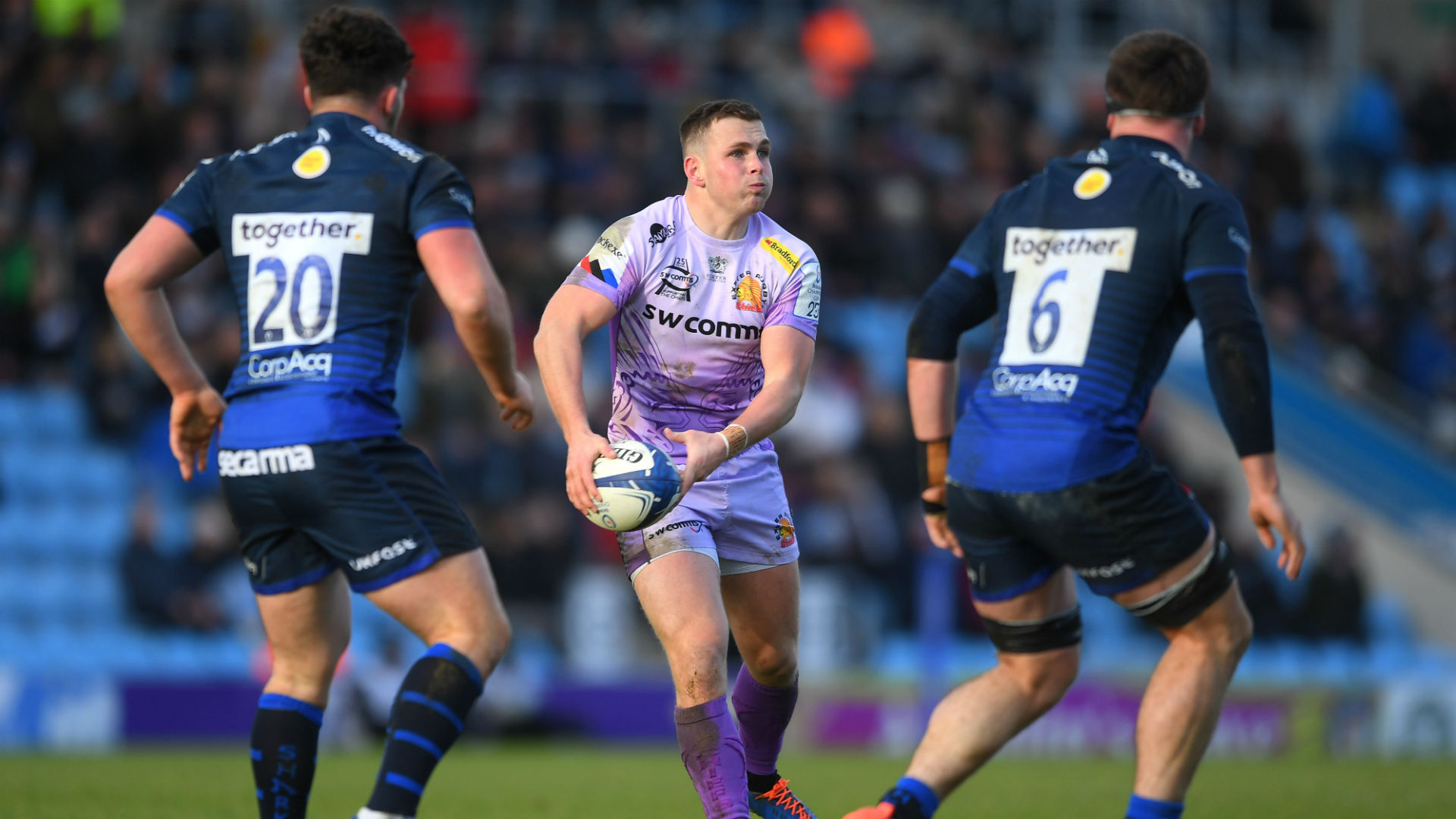 The all-Premiership clash at Sandy Park saw Exeter lead just 7-3 at the break, but the Sharks were eventually thumped 35-10 after capsizing in a hailstorm-interrupted second half.

Sam Simmonds crossed in each half while brother Joe also grabbed a try for the Chiefs, who sit top of Pool 2 after a fourth successive win in this season's competition.

They appear certainties to seal a place in the last eight for just the second time in their history, as they have a firm grip on a pool that also includes Glasgow Warriors and La Rochelle.

Sam James scored the only try of the contest for Sale but the heavy loss on their travels leaves the struggling Sharks with just six points to their name.

In front of a packed out Stade Marcel-Michelin @ASMOfficiel put on a show for their fans @bathrugby couldn't stand up to the power of the French #HeinekenChampionsCup pic.twitter.com/ngOGA3YVWy

Clermont, meanwhile, moved to within a point of Pool 3 leaders Ulster thanks to a 52-26 thrashing of Bath at Stade Marcel-Michelin.

Alivereti Raka and George Moala both touched down twice for the Top 14 side, who had the bonus point wrapped up by half-time as they scored eight tries in the rout.

Bath went over four times themselves to collect a losing bonus, though they remain rooted to the bottom of the table as their wait for a European victory this season goes on.