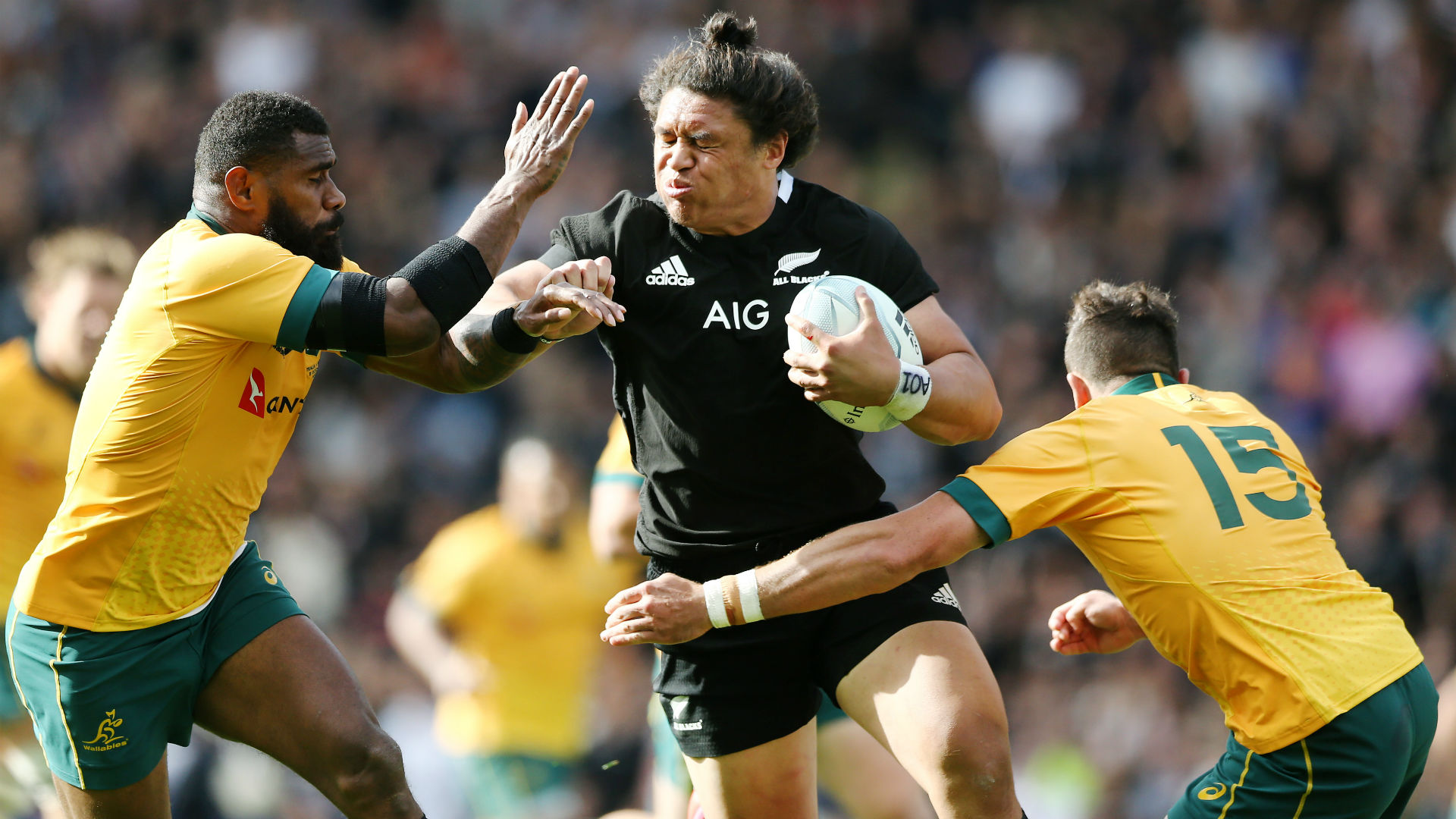 
Caleb Clarke has made quite the impression at the start of his international career, forcing Australia captain Michael Hooper to use a rather unique method in an attempt to slow the wing down.

After making his New Zealand debut off the bench in the Bledisloe Cup opener in Wellington last weekend, Clarke started in the second game between the trans-Tasman rivals in Auckland.

Clarke capitalised on the opportunity too, earning comparisons to the great Jonah Lomu as his running game helped his side to a resounding 27-7 triumph at Eden Park.

He beat 12 defenders during the course of the game – the second-highest number recorded by a player in a Test since the beginning of 2010.

It was on one such burst that Wallabies back-row Hooper made contact with Clarke in a way that certainly caught his attention.

"You know what, Michael Hooper grabbed my nuts just then," he told Sky Sport in an interview after the game.

"They were really sore. I turned and tried to push his hand off."

While watching a montage of his performance, Clarke – whose father, Eroni, played for New Zealand in the 1990s – also admitted that he tried to do the same to Hooper.

12 - Caleb Clarke beat a match-high 12 defenders in this afternoon's #BledisloeCup Test; only one @AllBlacks player has beaten more in a Test since the beginning of 2010 (Waisake Naholo - 13 v Australia, 18 August 2018). Strength. #NZLvAUS pic.twitter.com/DjDrtCphWK

He certainly grabbed the attention of those watching on, with George Gregan praising a performance that belied the 21-year-old's lack of experience at the highest level.

"We saw the makings of a wonderful player during Super Rugby with this man," the former Australia scrum-half said, per Fox Sports.

"He comes from a pretty good lineage with his father, who we played against in Eroni Clarke, but today just reinforced how important power and precision are and he has the ball skills and went looking for work.

"He was dynamic, it was a great example of a young man backing himself and his skill-set."