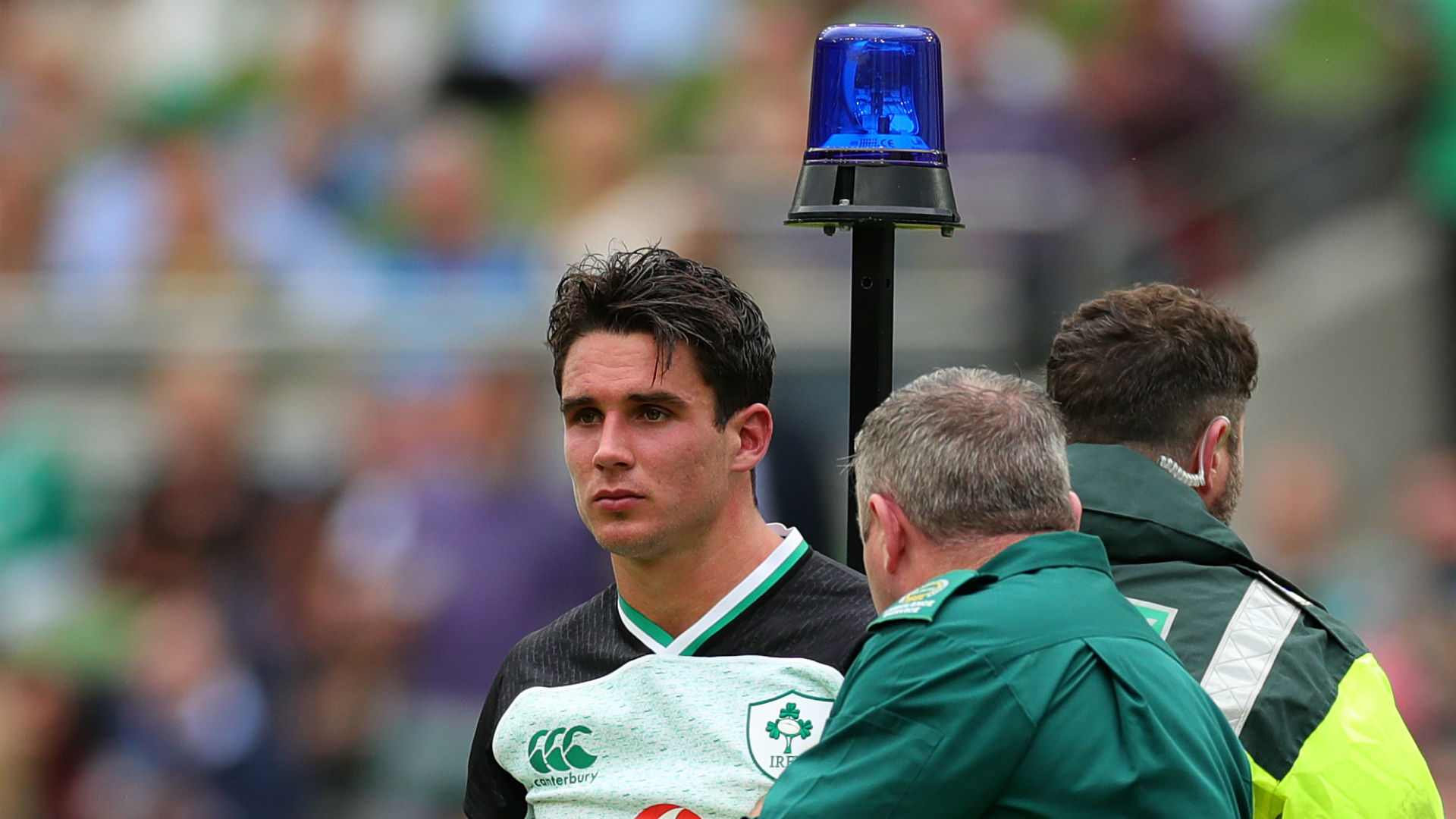 
Joey Carbery looks set to be included in Ireland's Rugby World Cup squad after discovering an ankle injury should only keep him out for up to six weeks.

There were concerns that the fly-half could face a long-term absence when he was carted off in the 29-10 World Cup warm-up win over Italy last Saturday.

Carbery did damage at the base of a ruck in the second half and looked a forlorn figure as he left the field at the Aviva Stadium.

The 23-year-old's injury is not as serious as feared, though, and he is expected to be out for between four and six weeks after undergoing rehabilitation.

Carbery flew out with the Ireland squad for a warm-weather training camp in Portugal on Wednesday along with Devin Toner and Rob Herring, who have recovered from ankle and back injuries respectively.