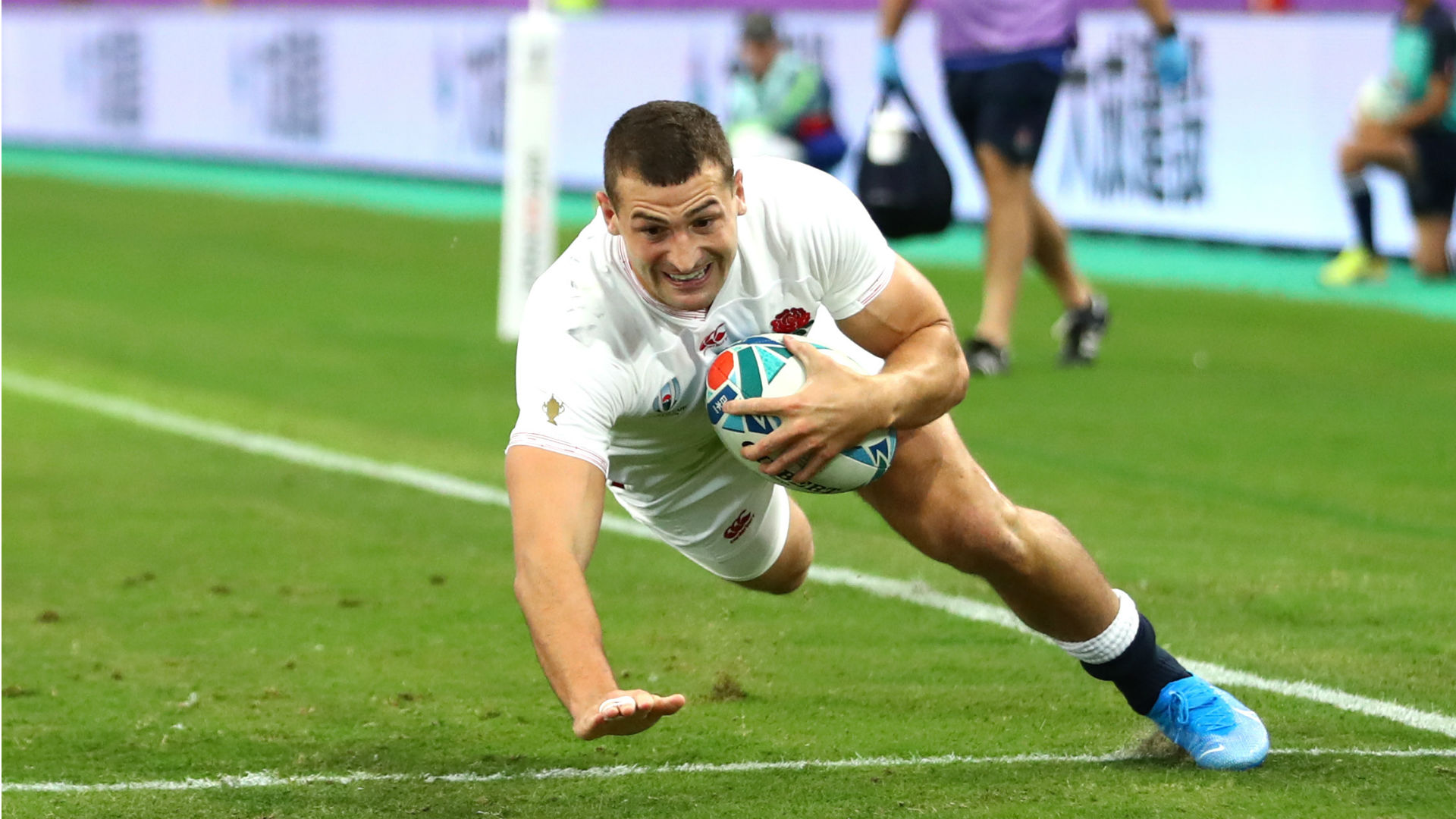 England 18-7 Ireland: Magnificent May at the double for ruthless Red Rose


Jonny May scored a sublime solo try as England beat Ireland 18-7 at Twickenham to extend their winning run to six matches and take charge of Autumn Nations Cup A.

Wing May moved level with Ben Cohen and Will Greenwood on 31 tries for England, a tally only Rory Underwood has bettered, as the Six Nations champions secured a fourth win in a row against Ireland.

Jacob Stockdale got Ireland on the board with a late try but they were frustrated by a defensive masterclass from Eddie Jones' side.

Owen Farrell scored eight points from the tee and laid on May's first try as England put themselves on course to win the group ahead of a clash with Wales next weekend.

31 - Jonny May now has 31 tries for @EnglandRugby, drawing level with Ben Cohen and Will Greenwood; Rory Underwood is the only man to have scored more Test tries for England. Lethal. pic.twitter.com/tBJxDLw14k

May rose to brilliantly take a high cross-field kick from Farrell before spinning and planting the ball down to put England in front 16 minutes after the forwards applied huge pressure on Ireland.

Lethal flyer May then punished Ireland for a poor lineout by showing searing pace and great footwork to score a magnificent try that he created for himself from inside him own 22, with Farrell adding the extras.

Ireland continued to struggle at the set-piece and although they prevented the Red Rose from increasing their lead before the break, but two Farrell penalties stretched the advantage to 18 points.

England defended for their lives and looked set to nil Andy Farrell's side until Stockdale surged through to take a clever kick over the top from Billy Burns, who slotted over the conversion seven minutes from time, but it was too little, too late.