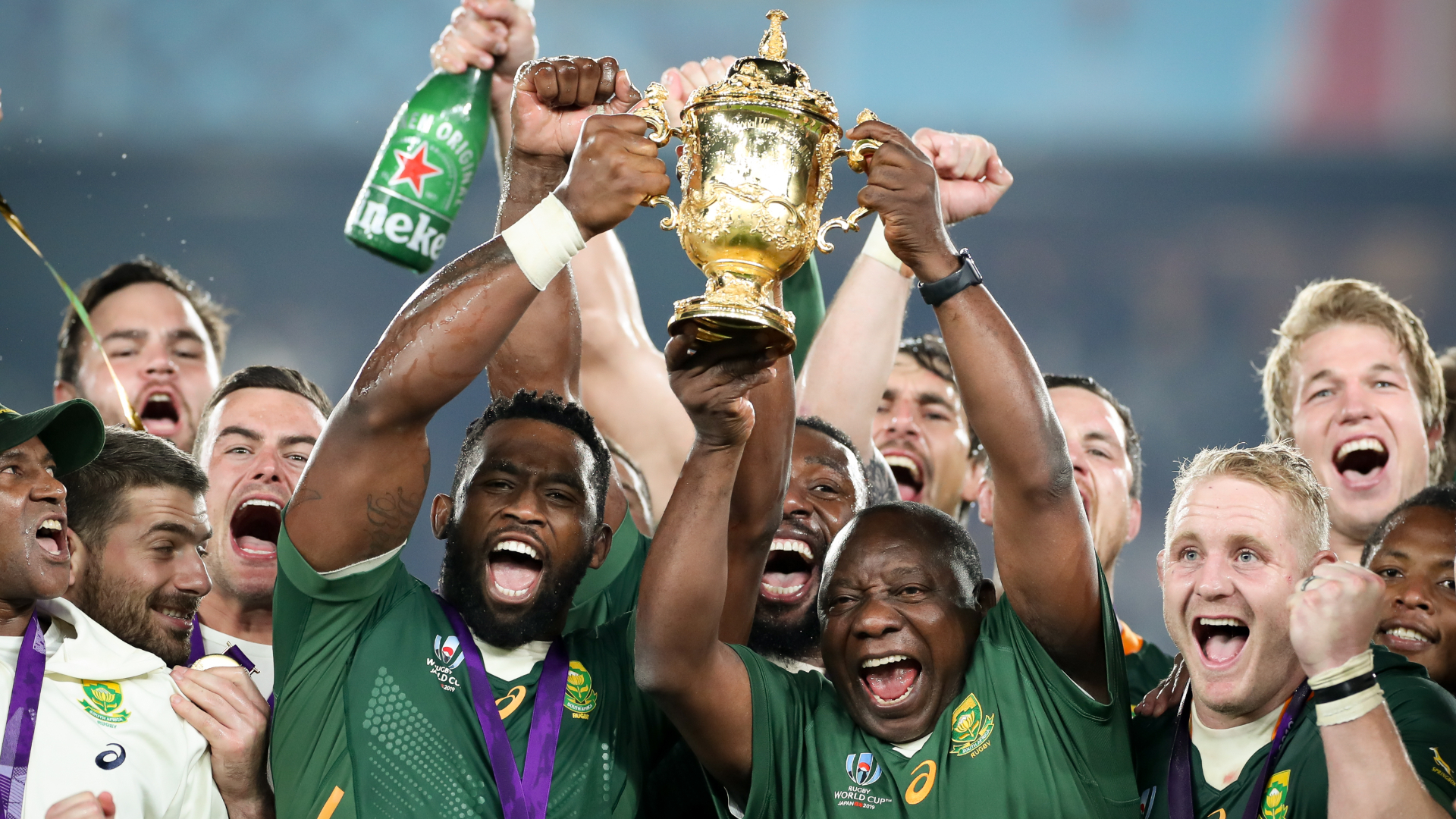 
Wayde van Niekerk says it was "an amazing inspiration" to see South Africa win the Rugby World Cup – especially as the team contained friends and family.

The Springboks triumphed 32-12 over England in the final in Yokohama on November 2 last year to become world champions for the third time.

Olympic 400-metre champion and world-record holder Van Niekerk says the players deserve all the accolades and sponsorship bonuses they have received for their momentous success.

"It's been an amazing inspiration for not just myself but the entire country, and yet another spark for myself as a South African to want to achieve great things," he told Stats Perform.

"I'm quite close friends with a few players and it's great to see how their lives have changed and the blessings and the sponsors and so on that are coming their way. It's amazing, it's well deserved and it's great."

Van Niekerk is friends with several key South Africa players, including captain Siya Kolisi, and he is a cousin of Cheslin Kolbe.

Kolbe battled back from injury in time to play against England and went on to score the final try of the match, capping a terrific 2019 that saw him nominated alongside eventual winner Pieter-Steph du Toit for World Rugby's Player of the Year award.

Van Niekerk recalled: "Thinking back to Cheslin's final try: he's come through so much, moving to France, thinking that he wouldn't make the SA team, and just wanting to go and enjoy his rugby and then getting selected for the World Cup.

"The final try was amazing but let's be honest, his entire tournament, I feel like he was one of the players of the tournament and one of the highlights of the Rugby World Cup.

A #RWCFinal try scorer with an absolute classic for @Springboks