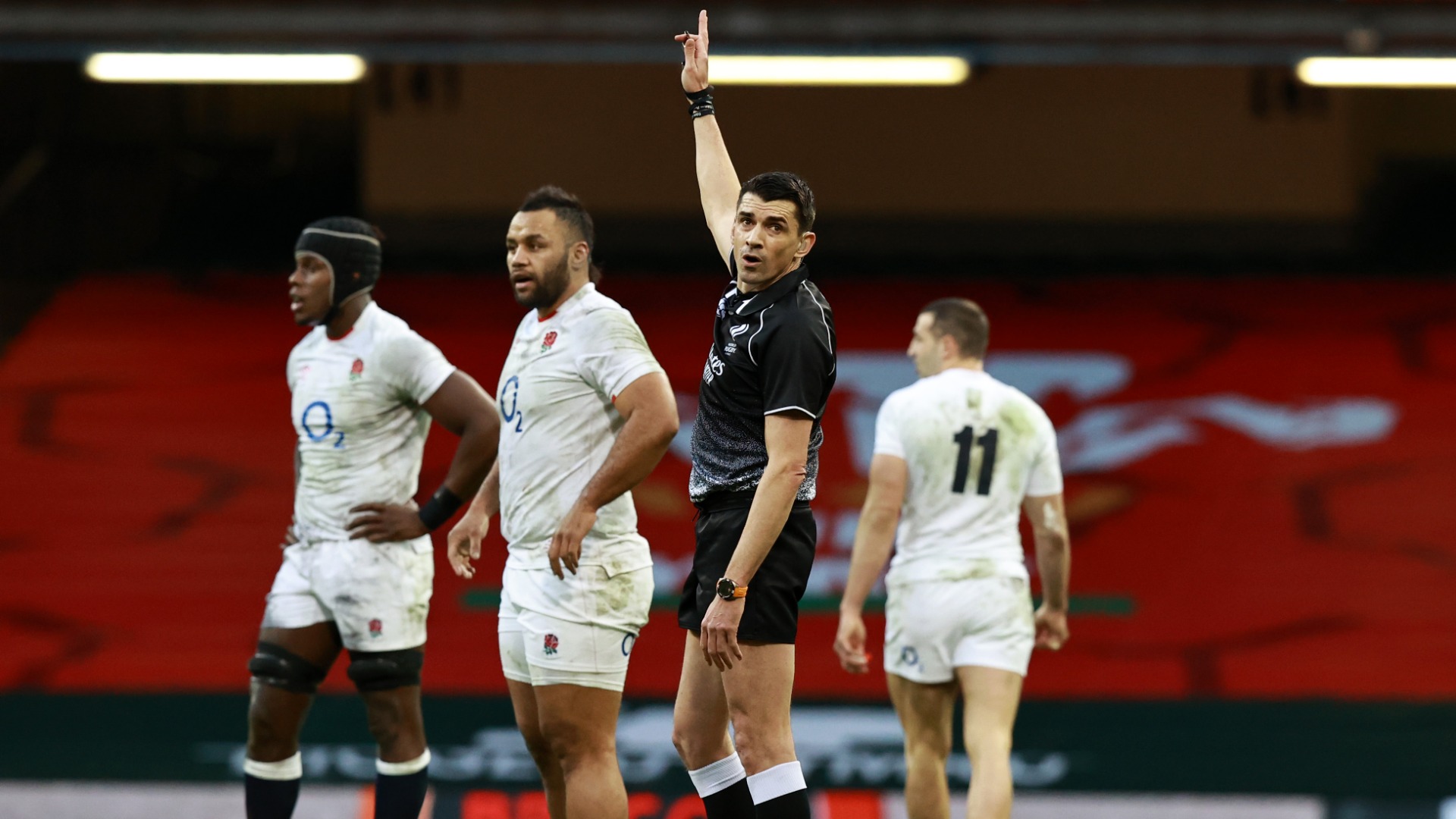 The Red Rose's hopes of retaining the Six Nations title are all-but over after Wales scored four tries in a bonus-point victory at the Principality Stadium on Saturday.

England were made to pay for indiscipline as Wales moved two wins away from a Grand Slam in Cardiff, but the defending champions had every right to feel aggrieved by two controversial first-half tries.

Josh Adams touched down in the corner when he was picked out by a kick from Dan Biggar soon after Gauzere had called time out, having instructed captain Farrell to warn his team-mates about giving away too many penalties.

Farrell confronted Gauzere after he allowed that try to stand and both players were stunned when Liam Williams was awarded a score following a knock-on from Louis Rees-Zammit.

Jones said ahead the match that Gauzere would be under pressure to make the right decisions and the England head coach has previous with the French official, who he complained about to World Rugby in 2018.

The Australian would not say whether he would speak to the governing body again after tries from Anthony Watson and Ben Youngs, as well as 14 points for Farrell, were in vain.

Jones told BBC Sport: "It is what it is. We can't argue with the referee, the result is there in stone, we've got to accept it. Maybe they were tough calls but we weren't good enough to overcome that.

"I'm not going to make a comment on it, I accept the referee's decision. It could have been tough, but we've got to handle it. That’s the decision. It’s 40-24, let’s accept that we weren’t good enough on the day.

Asked if he might make another complaint over Gauzere, he said: "That's not something to discuss today. Wales were worthy winners.

"I was pleased with how our players fought back, got ourselves back to 24-24 and probably the last play summed up our day.

"We did some lovely attacking work, get to the last pass, they intercepted and go down and score at the other end. That’s the difference of the game."

Full time in Cardiff and it's defeat.

Skipper Farrell was also not prepared to blame Gauzere.

Asked about the referee's performance, he said: "That's not for us to talk about. We got our way back into it and didn't quite finish it off. There’s plenty that we can do better.