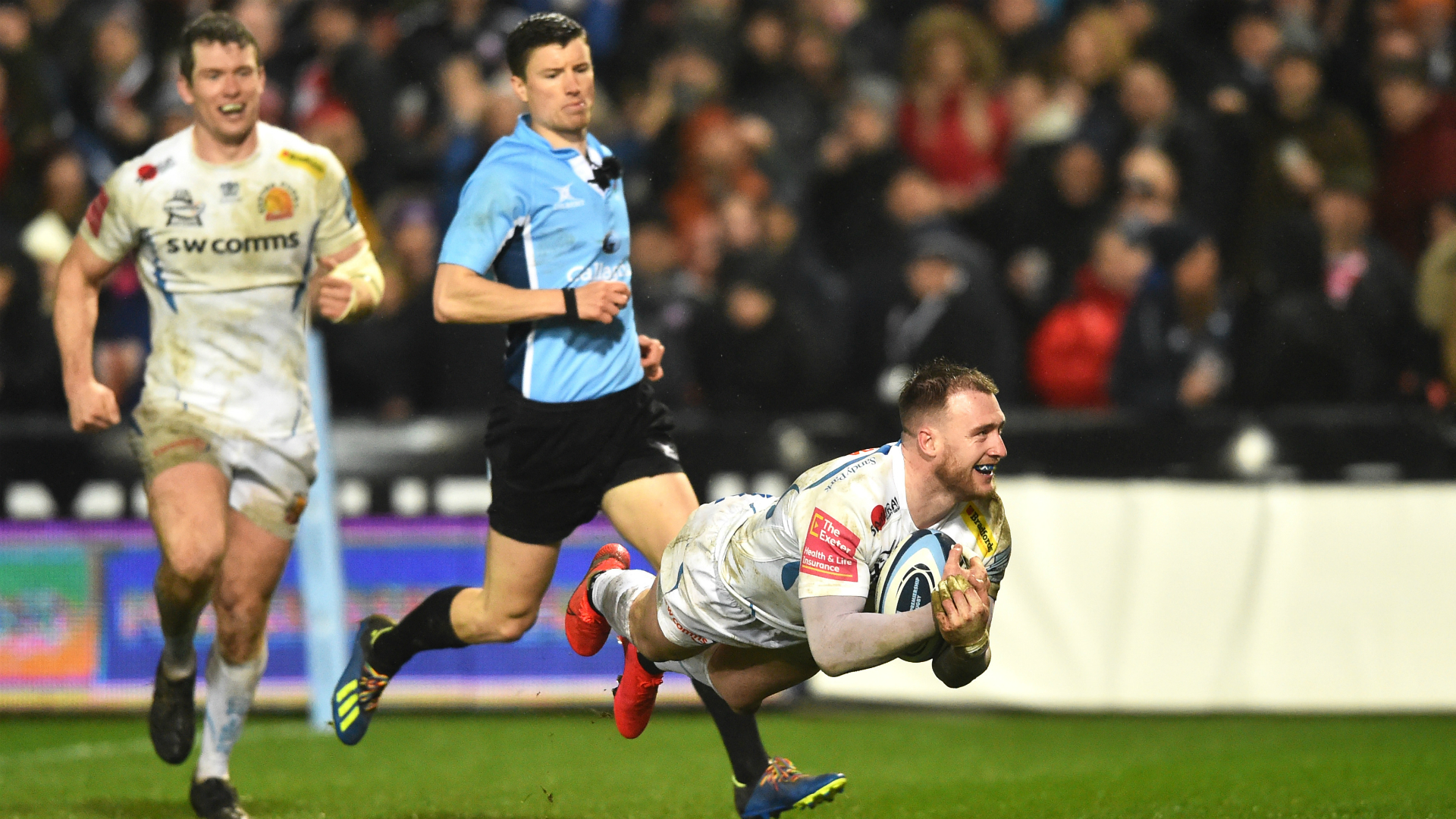 
Premiership leaders Exeter Chiefs returned to winning ways with a battling 26-15 triumph at Gloucester on Friday.

Having lost to Sale Sharks last time out, the Chiefs made it five wins from six top-flight matches with Stuart Hogg scoring having returned to the team from Six Nations duty with Scotland.

Gloucester made a slow start and were punished when Jacques Vermeulen barged over to help Exeter into a 7-3 half-time lead at Kingsholm.

Gloucester responded through Jake Polledri and Louis Rees-Zammit, though the fightback started too late for the hosts.