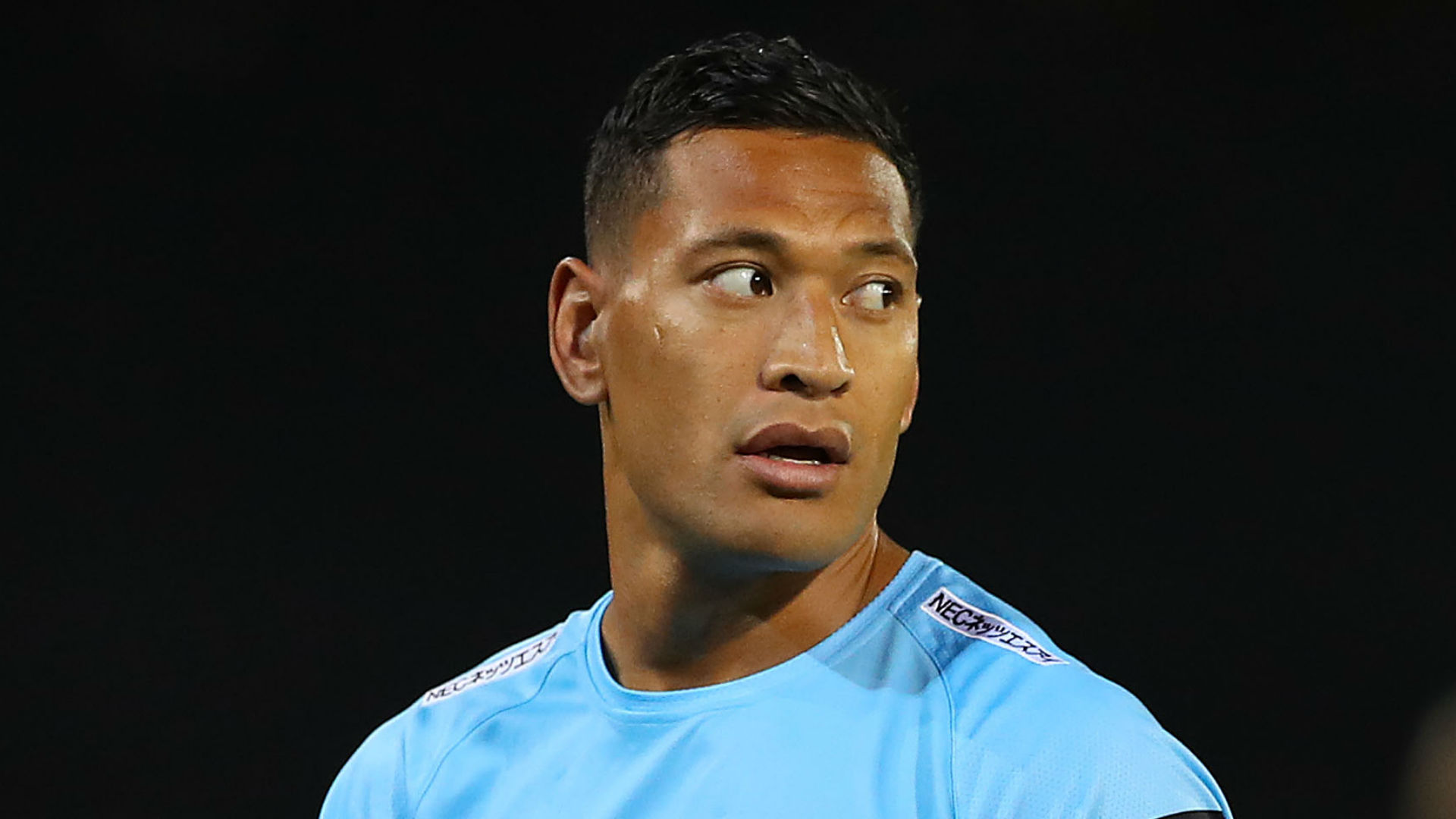 
Wigan Warriors have marked Catalans Dragons' controversial signing of Israel Folau by confirming they will hold a 'Pride Day' when the two teams meet on March 22.

Folau's return to rugby league was announced on Tuesday as the former Wallabies full-back - sacked by Rugby Australia last year for homophobic posts on social media - penned a one-year contract with the Dragons.

Although the deal was ultimately approved by the RFL, who insisted "the moral responsibility for deciding whether to sign a player sits with individual clubs", Super League chief executive Robert Elstone was critical of Catalans, suggesting "the decision to sign him lets down many people connected to our sport".

In a sweetly timed move, Wigan greeted the news with confirmation that they will use their home game against Catalans to show support for the LGBTQ+ community.

@WiganWarriorsRL can confirm that their round six game against @DragonsOfficiel on Sunday 22nd March will now be Pride Day, as the Warriors look support the LGBTQ+ community.

Warriors executive director Kris Radlinski said: "Here at Wigan Warriors we are committed to the core values of inclusion and respect.

"Our community foundation have a long history of supporting local LGBTQ+ groups and initiatives, and we want everyone who engages with our game to feel welcome, valued and, most of all, respected.

"Rugby league has a strong history of inclusion, of breaking down barriers and of being a forward-thinking sport.

"I think that today more than any day that it is vitally important we reiterate that message. We’re looking forward to working with charities, local and hopefully national groups, to make this day a success."

The official Twitter account of the Rugby League World Cup also made a pointed reference to Folau's return to the sport, sharing an image of the three World Cup trophies - for the men's, women's and wheelchair competitions - draped in rainbow ribbons alongside the caption: "One game. Together."

One game. Together. #RLWC2021 pic.twitter.com/kDAHc2HxTM

Folau settled a legal dispute with Rugby Australia in December. His contract had been terminated for a "high-level breach" after he posted hell awaits "drunks, homosexuals, adulterers, liars, fornicators, thieves, atheists and idolaters" on Instagram.

In a statement announcing his arrival in Perpignan, Catalans chairman Bernard Guasch said: "We want to give Israel a new opportunity to shine on the field. We do not endorse or share the words of Israel based on his sincere religious belief.

"We do not share or tolerate his opinions and we are totally committed to making our club and our sport open and welcoming to everyone. We think that these kind of remarks should not be expressed publicly, in particular by a top sportsman.

"We have an agreement signed with the RFL. Any violation will result in the immediate termination of Israel's contract and a substantial fine for the club."

Folau added: "I understand the opinions expressed by the Super League and the Rugby Football League.

"I am a proud Christian, my beliefs are personal, I never intended to hurt anyone and I will no longer make any public comments about it. I look forward to my return to the fantastic sport of rugby league under the colours of the Catalans Dragons."