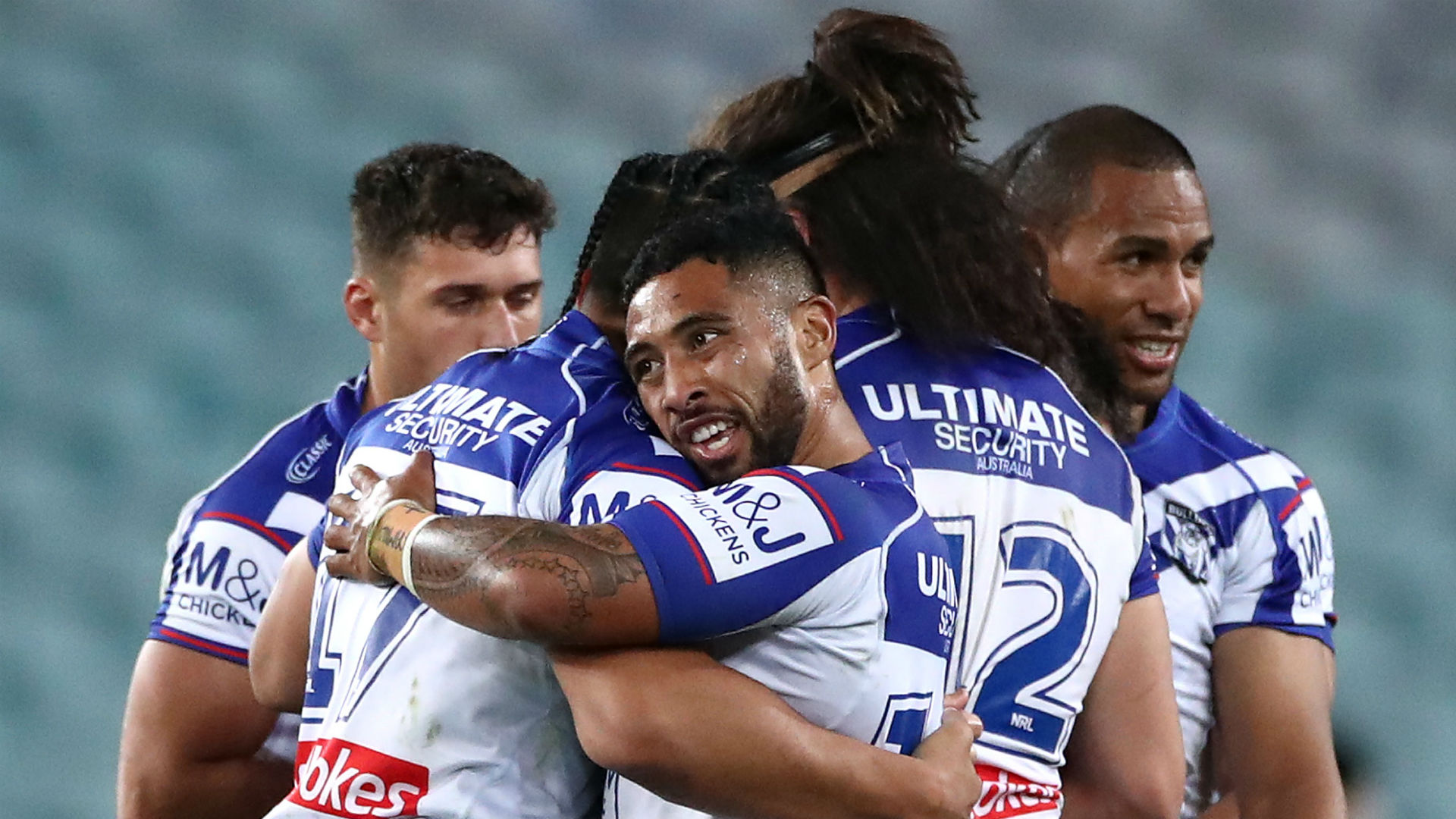 
Canterbury Bulldogs' ferocious start helped the NRL strugglers climb off the bottom of the table with a fine 26-16 victory over South Sydney Rabbitohs at ANZ Stadium.

The Bulldogs let rip in the opening half hour on Thursday, surging into a 20-0 lead to leave their hosts stunned.

Jake Averillo's penalty got the Bulldogs up and running, with Tim Lafai going over soon after.

Matters were made more difficult for the hosts when Jaydn Su'A saw yellow for a high hit on Lachlan Lewis, which forced Canterbury's half-back out of the game.

The Bulldogs made their numerical advantage count – Reimis Smith and Raymond Faitala-Mariner going over in quick succession.

The Rabbitohs were in desperate need of a response, which came in the form of a try from Jaxson Paulo, who appeared to have been in touch before he grounded the ball, with Campbell Graham then further reducing the gap before half-time.

Alex Johnston went in and Adam Reynolds added the extras to move the Rabbitohs to within four points early in the second half, yet their comeback hopes were all but ended by Chris Smith's first NRL try.

Defeat leaves the Rabbitohs in sixth place, with their hopes of a home final in the balance, while Brisbane Broncos have dropped into last place with two games remaining.