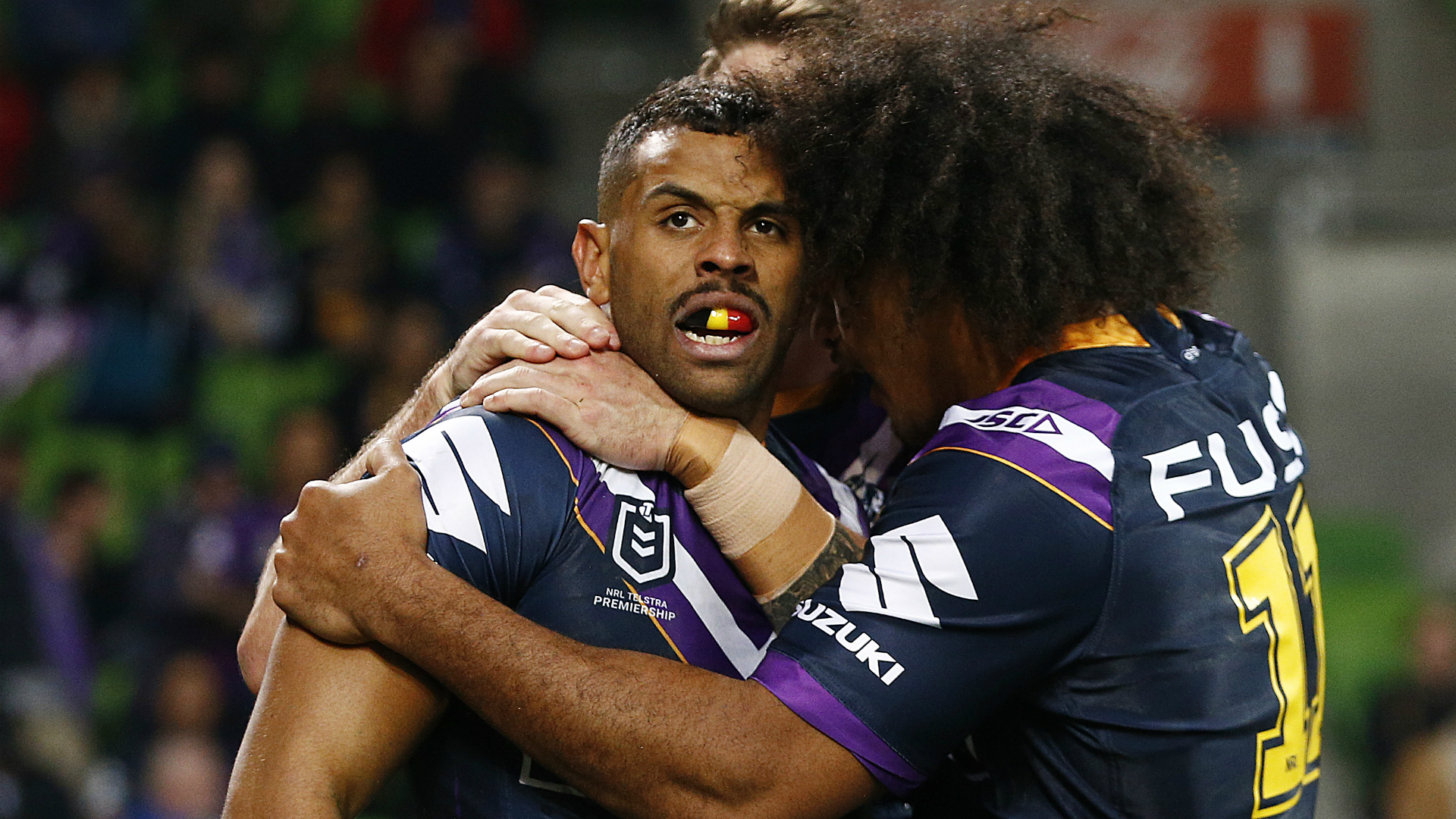 
Melbourne Storm outclassed Parramatta Eels to win 32-0 at AAMI Park and move within one match of a fourth straight NRL Grand Final appearance.

Josh Addo-Carr scored two of the home side's five first-half tries in a blistering start that set up a preliminary final date with Sydney Roosters, the team that beat them in last year's decider.

Cameron Smith was sent to the sin bin late in the opening 40 minutes for slapping Reed Mahoney but nothing could keep the Storm from issuing a convincing response to last weekend's surprise 12-10 loss to Canberra Raiders.

The Eels, high on confidence following an extraordinary 58-0 humbling of the Brisbane Broncos, were starved of possession against a hardened finals force as their season to came to a bitter end.

Addo-Carr needed just five minutes to set the tone, the winger racing 60 metres as he turned multiple chasers inside out to open the scoring.

Maika Sivo took out his frustration with a bone-rattling shoulder charge on Ryan Papenhuyzen but the Storm were hardly intimidated.

Suliasi Vunivalu crossed to double the margin before Cameron Munster chased down a clever Smith kick to give Craig Bellamy's men 12 points in 16 minutes.

Captain Smith's failure to convert all three tries did little to halt Melbourne's momentum as Vunivalu brilliantly knocked a kick back into play to gift Jahrome Hughes a straightforward score.

The minor premiers were running rampant and, courtesy of Addo-Carr, had gone 22-0 ahead by the time Smith was sin-binned in the 29th minute.

Cameron Smith has been sent to the sin bin. #NRLStormEels pic.twitter.com/YbfQPYTc8o

Parramatta were more competitive after half-time, but a string of errors and a clash of heads between team-mates Marata Niukore and Tepai Moeroa summed up their performance.

Papenhuyzen rubbed salt into the Eels' wounds by somersaulting over in the right corner and the full-back rounded out the scoring, making the conversion after Nelson Asofa-Solomona crossed in the dying moments.