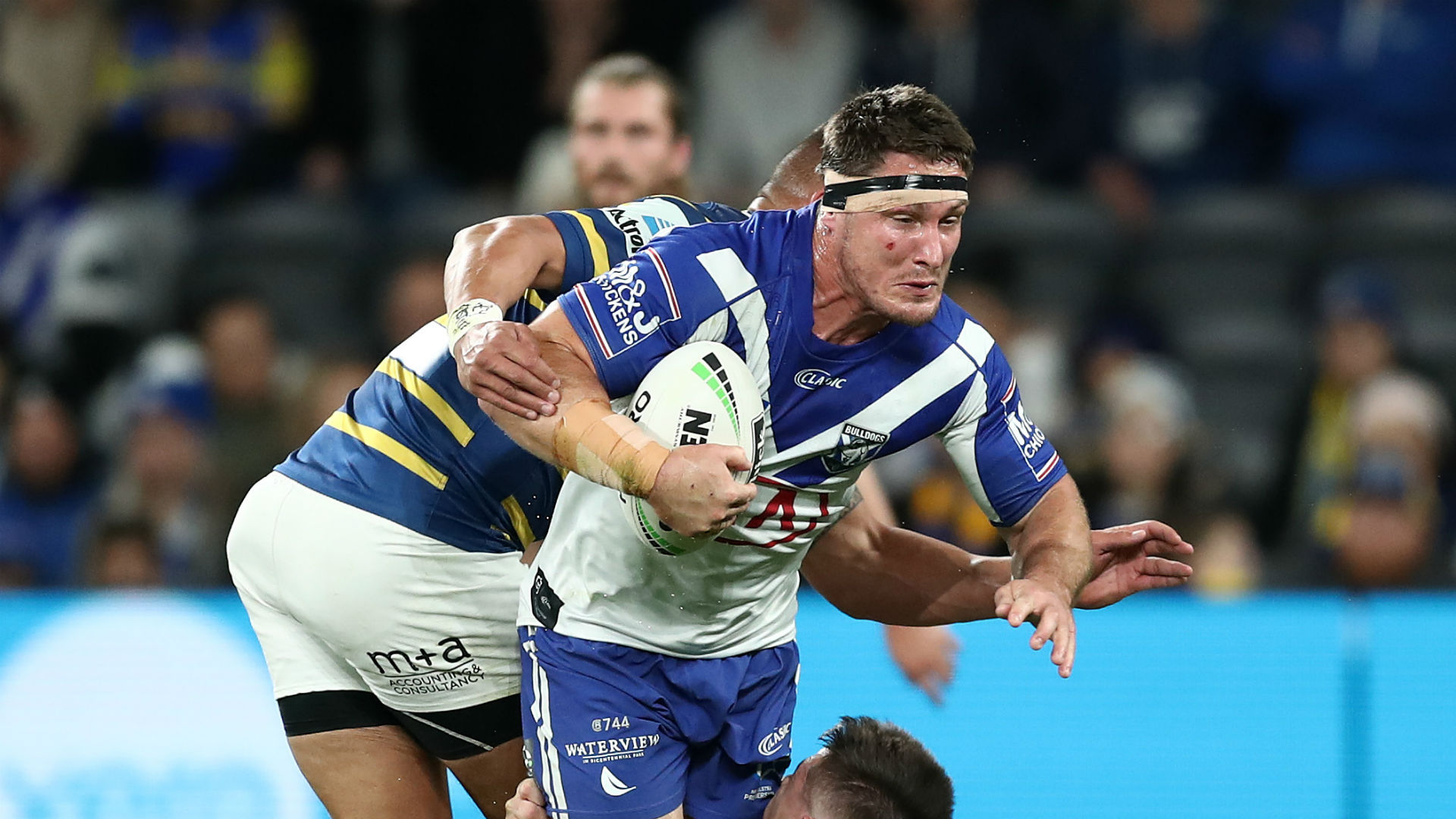 
Parramatta Eels failed to guarantee a spot in the NRL finals as Canterbury Bulldogs kept their late surge going with a 12-6 victory.

The Eels would have secured a top-eight finish with a win at Bankwest Stadium on Thursday but the Bulldogs came from behind to make it four victories on the bounce.

Canterbury moved onto 20 points and are now just two adrift of Cronulla Sharks, who have played one game fewer and occupy the final qualification spot with two matches remaining.

Parramatta took the lead after Manu Ma'u's dummy and offload to Waqa Blake ended with the centre grazing the whitewash with an outstretched arm.

Will Hopoate powered over in the corner as parity was restored before half-time and the temperature raised early in the second period.

Nathan Brown was sent to the sin bin for a late shoulder charge on the Bulldogs' Dallin Watene-Zelezniak and Reimis Smith followed his opponent after pushing his head into Maika Sivo's.

When the teams were back to full strength, Sivo missed a chance to touch down for the Eels and the Bulldogs moved ahead for the first time when Mitchell Moses impeded Nick Meaney over the line and the video referee awarded a penalty try.

Meaney failed to ground the ball in the in-goal area but only after Moses slid in and hit the half-back's arm with his foot, and Canterbury held on to see out a huge win.