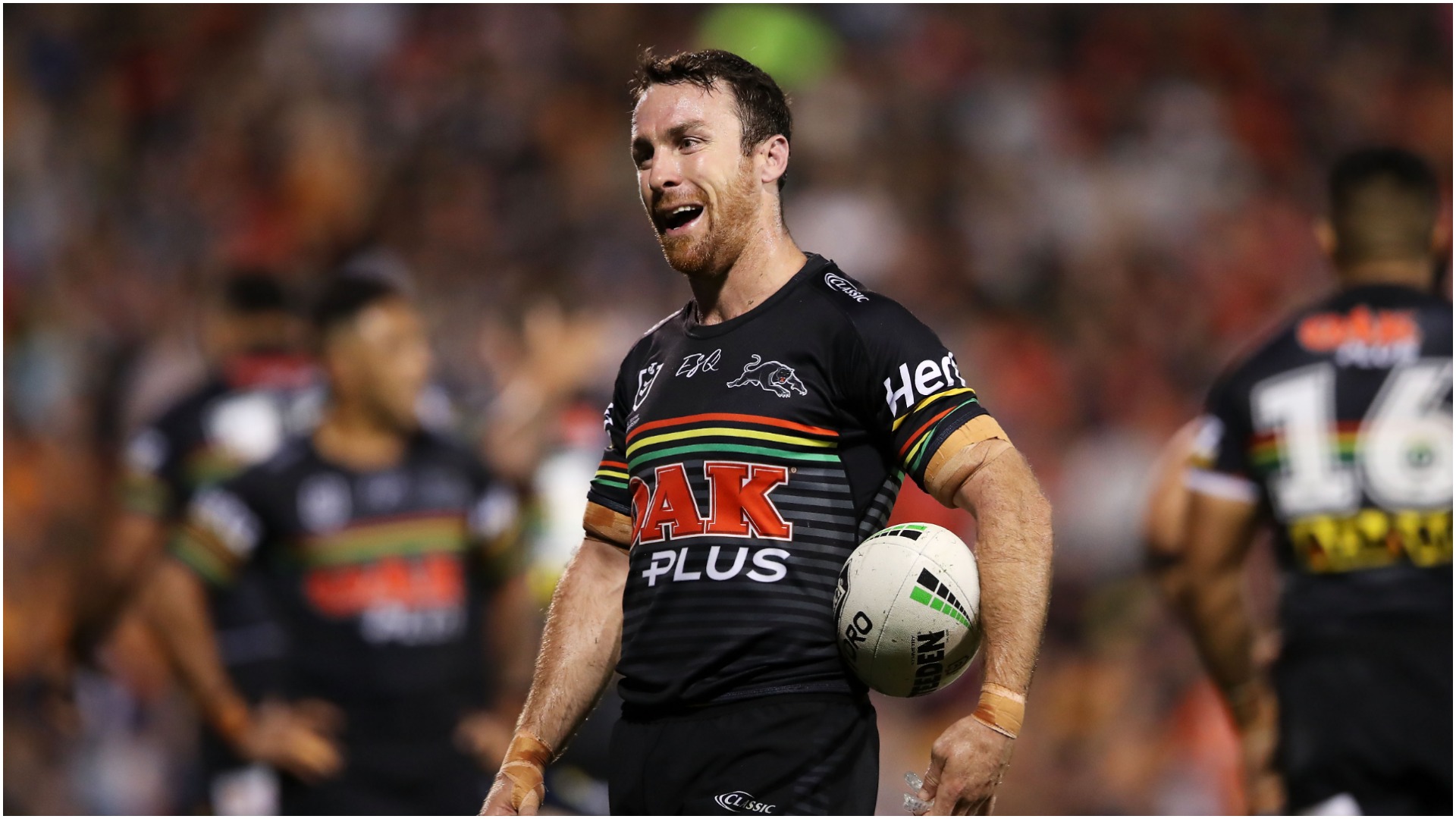 
James Maloney played a key role with his kicking as Penrith Panthers recorded a 15-12 win over Manly Sea Eagles in the NRL on Thursday.

Maloney was left out of the New South Wales squad for next week's State of Origin opener, but he provided an impressive response to the setback, booting seven points for his club.

All the momentum was with Penrith in the first half and Mitch Kenny had already seen a try ruled out when Maloney's penalty opened the scoring in the 20th minute.

The game's first try followed with a stunning breakaway, Liam Martin offloading to Dylan Edwards, with Maloney converting and then adding a drop goal before half-time to make it 9-0.

The second period was less one-sided, though, and both teams were reduced to 12 men after Jarome Luai appeared to strike Jack Gosiewski in a clash that prompted a brief melee. The two men were sent to the sin bin.

But the match finally looked to be settled in the Panthers' favour as Martin pounced on a dreadful fumble from Brendan Elliot to lunge over the line.

Manly threatened a fightback as Manase Fainu and Cade Cust both crossed in the final stages. Yet despite Reuben Garrick's successful conversions closing the gap to three points, the Panthers held on.