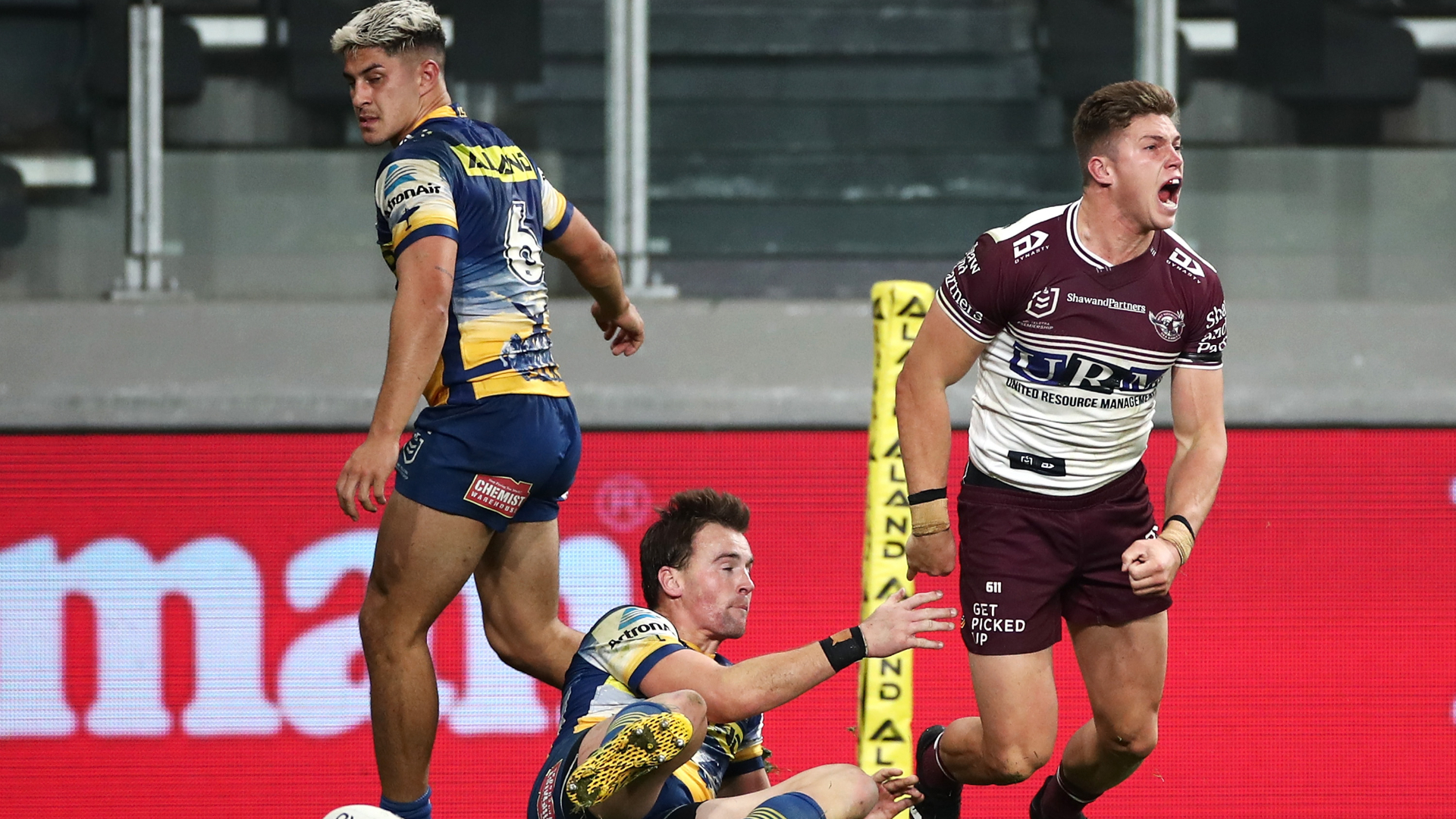 Tom Trbojevic looked to have set up Reuben Garrick for a late try that would have given the Sea Eagles a dramatic victory at Bankwest Stadium.

However, the visitors - who had been 18-2 down in the second half - were undone when the officials ruled Trbojevic's tipped-on pass had strayed forward, allowing the Eels to see out a 19-16 win.

Tries from Michael Jennings and Dylan Brown and a further four points from the boot of Mitchell Moses had put Parramatta 12-2 up at half-time.

Kane Evans scored just after the restart to put the home side in control, but Jorge Taufua went over just three minutes later to offer hope of a comeback.

A one-pointer from Moses gave the Eels some breathing room after Dylan Walker's try, but a second from Taufua set up a tense finale.

Trbojevic's clever pass under pressure to Garrick sent the winger through for what looked to be the match-winning try, only for the officials to intervene, ensuring the leaders made it four wins from four to mark their best league start in 31 years.

Speaking to Fox after his side's 19-16 defeat, Trbojevic said: "I thought I threw it back. I didn't get to see too much of it. You get those ones, [it is a] disappointing one, but that's footy, I guess."

There were three tries in eight first-half minutes as the Sharks took a 12-6 lead into the break, before Kyle Feldt and Ronaldo Mulitalo each scored their second of the game either side of a breakaway score from the outstanding Jesse Ramien.

Briton Nikora touched down on the hour mark to ease the Sharks further ahead and they held firm during a scrappy closing quarter to claim their first victory of the season.

Our first win of 2020 #UpUp pic.twitter.com/D7EIMVkNG8