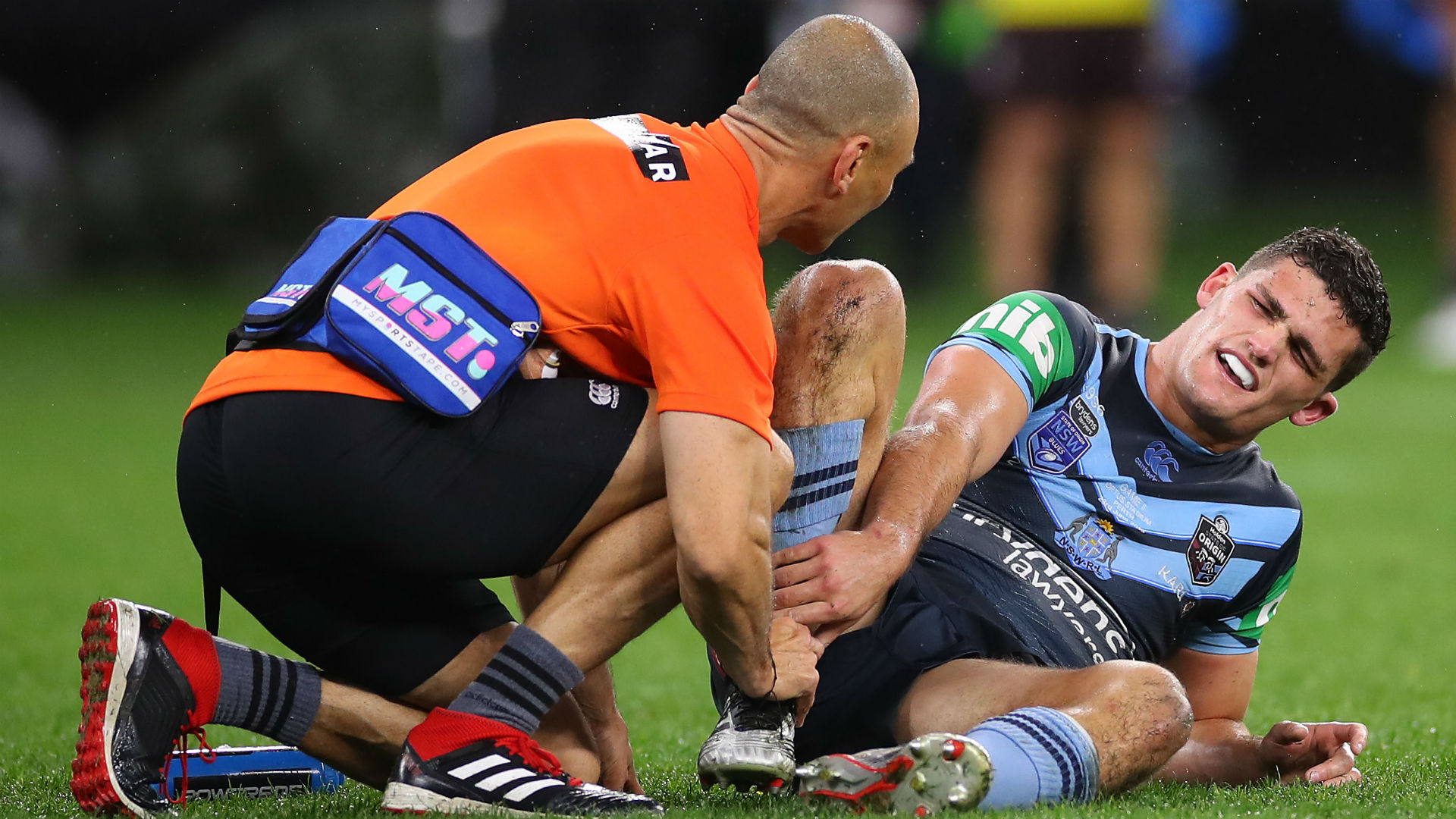 Missing Origin decider would be 'devastating' for injured Cleary


Nathan Cleary says it will be "devastating" to miss the State of Origin decider if an ankle injury rules the New South Wales Blues half-back out.

Cleary suffered a suspected syndesmosis injury in the first half of the Blues' 38-6 rout of Queensland Maroons at Optus Stadium on Sunday and was unable to continue after the break.

The Penrith Panthers playmaker emerged from the team hotel wearing a moon boot on Monday and was due to go for a scan in Sydney.

Missing the showdown at ANZ Stadium on July 10 would be a huge blow for Cleary, but the 21-year-old is confident whoever may replace him can step up.

"Really devastating," Cleary said when asked how it would feel to sit out of the crunch clash in Sydney.

"That's what dreams are made of, to play in game three of a series - especially at ANZ. There's not much you can do. It's just how footy is and whoever steps in if I'm not there will do a really good job, but fingers crossed I can make it."

James Maloney switched to half-back and Wade Graham come on to slot in at five-eighth with Cleary sidelined.

Graham has played only three games after recovering from a serious knee injury, but says he will be ready to start if Cleary is unable to feature in State of Origin III.

"I don't want to jump to conclusions with Nathan," said Graham. "If we sat down three weeks ago and said I'd here playing Origin after my knee, we all would have had a laugh about it. I really don't want to think too far ahead.

"I'm really keen just to enjoy [the win] with my family and friends. Let's see how everyone pulls up. There's still one NRL game to be played.

"Fitness is not an issue. I feel good. I probably played 50 or 60 [minutes] and I felt okay. The conditions played into my favour with the wet, it takes a yard of pace off everyone. I just want to enjoy right now, and I get back to work [Monday]."