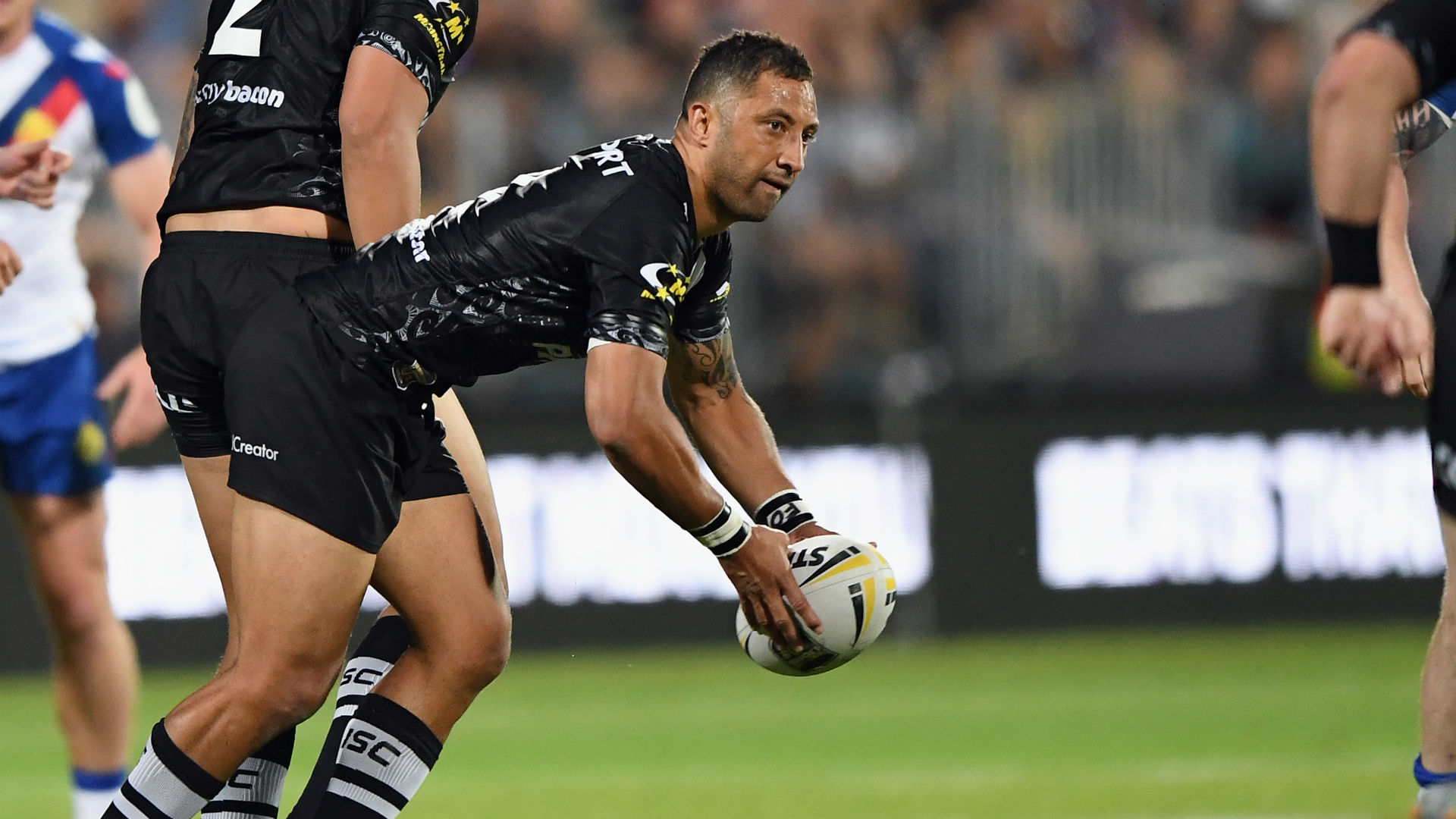 That could be my last New Zealand game – Benji Marshall


New Zealand captain Benji Marshall revealed he may have made his final appearance for his country in Saturday's 23-8 win over Great Britain Lions.

The 34-year-old helped the Kiwis to a 2-0 series whitewash with a convincing triumph in Christchurch before being questioned over his future.

Having made his international debut in 2005 and gone on to skipper New Zealand a record 22 times, the end could be in sight for Marshall – although he refused to commit one way or the other.

Asked if he would be seen again in Kiwi colours, he said in an on-field interview posted on NRL.com: "I didn't want it to be about me this week.

"I have not really thought about it. It could be my last, I don't really know yet. We'll address that later.

"I just wanted to really enjoy the series and being able to captain the boys again."

Benji Marshall will now captain the New Zealand Kiwis for the first time since 2012 in a record 20th Test as skipper in Friday night’s Oceania Cup match against the Kangaroos at WIN Stadium in Wollongong - https://t.co/7cO0GRp9Xl pic.twitter.com/caPsAdnTsl

On the game itself, in which Joseph Manu, Shaun Johnson and Ken Maumalo tries were backed up by 11 points from the boot of Jamayne Isaako, Marshall was pleased to put on a show for the home fans.

"So proud. We do not get enough games at home, the support from the Christchurch people and the players put in a lot of effort and we got the result," he said.

"In the Australia game [a 26-4 loss] our defence was not good enough but the leaders stood up today. Shaun Johnson's performance was enormous after missing out last week.

"When you wear this jumper, you know people are going to do their jobs. It is special and there is a lot to look forward to."