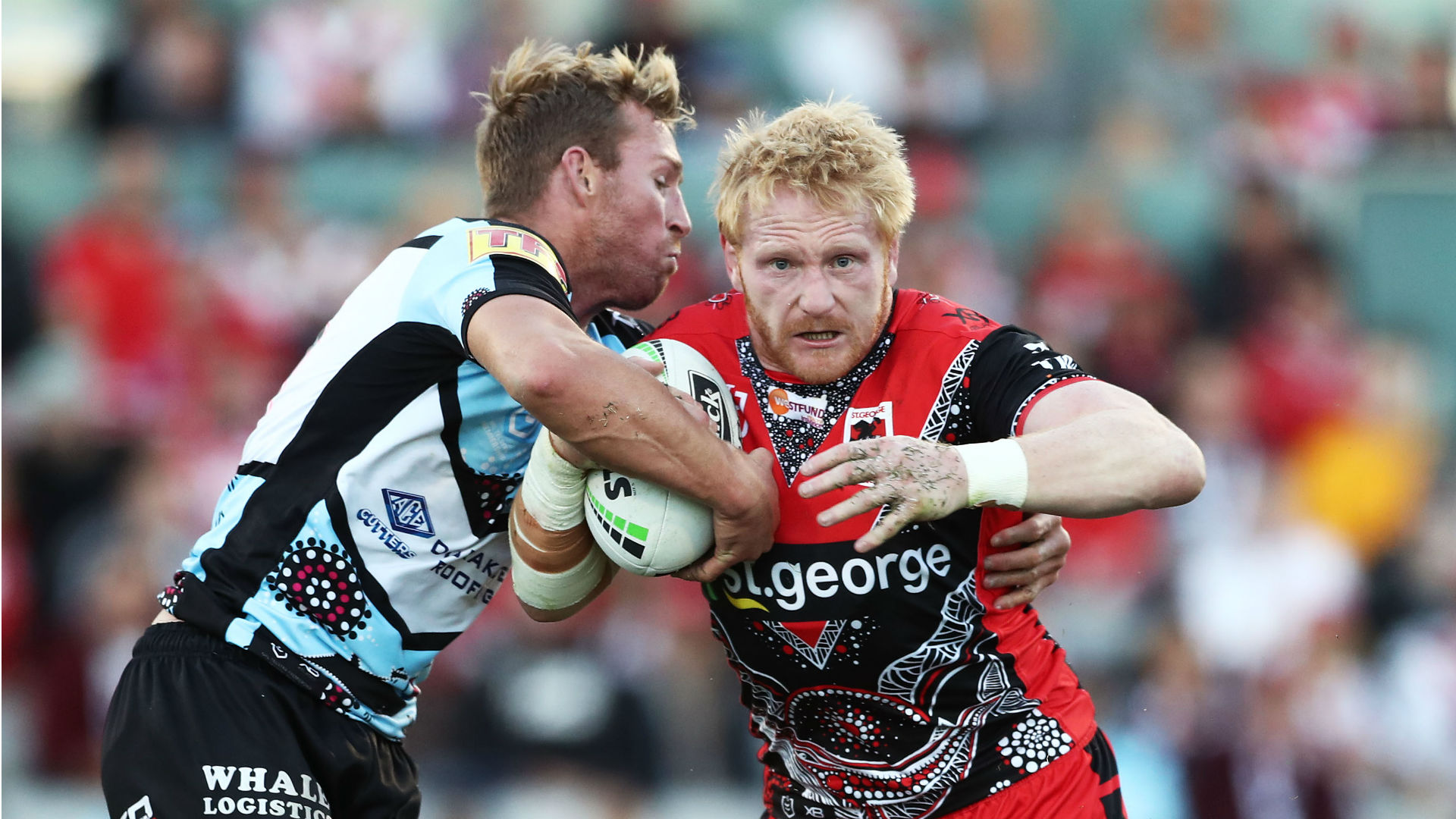 Graham sustained a fibula fracture during the first half of Sunday's clash, but carried on playing as the Dragons had already lost Tyson Frizell and Tim Lafai to respective head and ankle injuries.

The former St Helens forward made it to half-time, but despite hoping he would be fit to continue, was unable to come back out for the second period.

And the Dragons have since confirmed that their star player is set to be sidelined for approximately two months.

James Graham is one tough guy. Played on with a broken leg. Absolute warrior of the game. Someone I always cherish sharing the field with.

"I knew something was wrong," Graham told BBC Sport.

"I was thinking just get to half-time, let the doctors have a look, and go from there really.

"I thought I would be all right to carry on, I'd done a few tests in the changing rooms at half-time.

"I probably thought I'd be OK and because we had the following week off thought I'd just push it out and do as much as I can and I knew we were down as we'd already lost two players.

"Any time you get an injury it's frustrating. Our season has not gone to plan, we've lost a couple of games on the spin and it was a local derby game, we were really in the mix and disappointed not to be out there trying to help the boys to get the win."

Graham has featured in all 11 of the Dragons' NRL fixtures so far this season, running for over 1,000 metres and making 401 tackles.