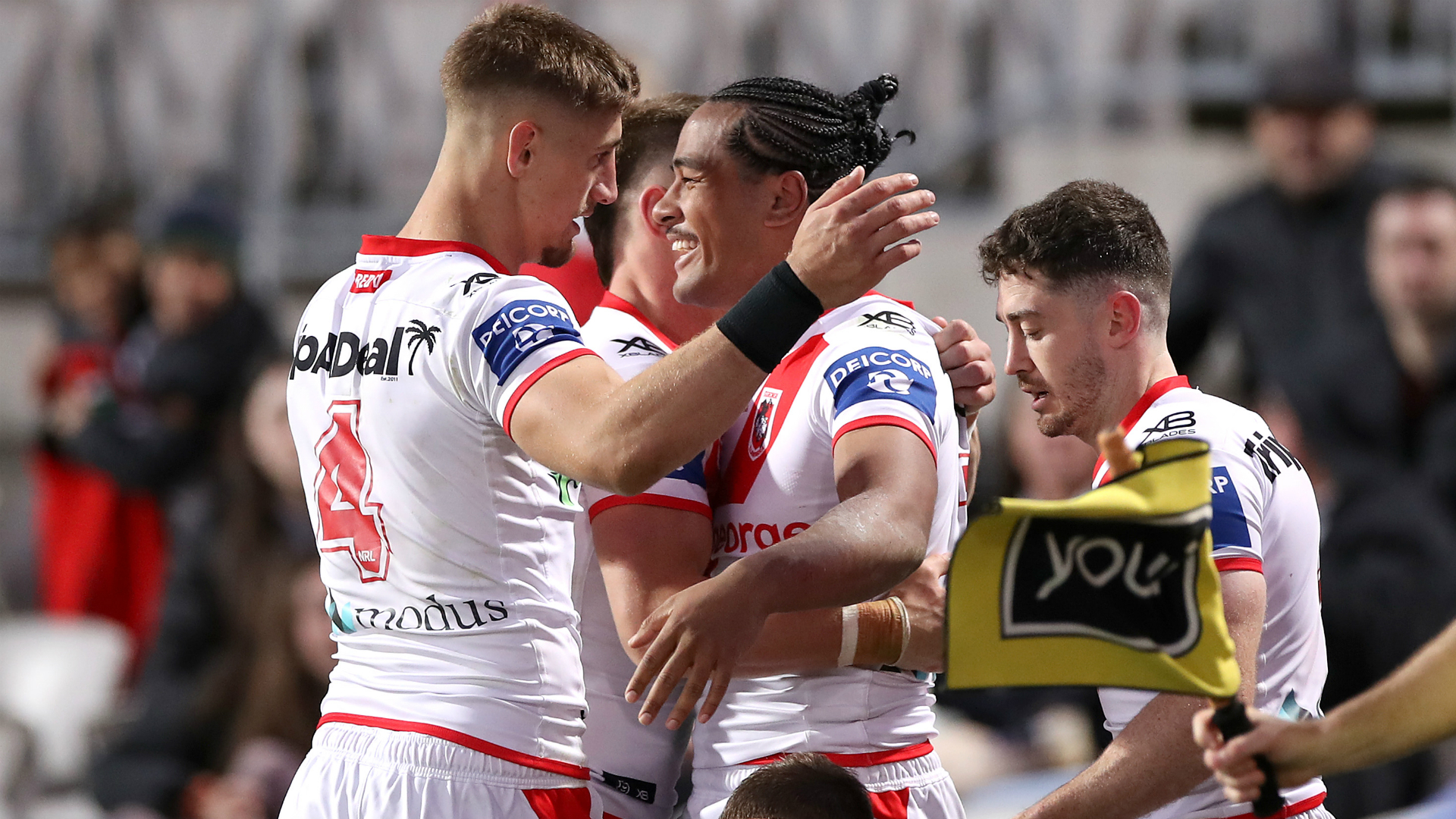 
An inexperienced Melbourne Storm were downed by a resurgent St George Illawarra Dragons, while Adam Blair said farewell in a classy win for the New Zealand Warriors in Sunday's NRL action.

The Storm had just 547 NRL appearances within the team, the second least in the competition's history, but Paul Momirovski, Sandor Earl, Chris Lewis and Isaac Lumelume all crossed as they led 16-12 at the break at Netstrata Jubilee Stadium.

However, Zac Lomax, who kicked all five conversions, started the comeback just before the hour with Matthew Dufty quickly going over as well.

Nicho Hynes converted his own score to bring the Storm back into the game, only for Tyson Frizell's late try to earn a 30-22 win for the Dragons.

The defeat does not alter Melbourne's place on the ladder or their Finals fate, but Max King and Tui Kamikamica face potential disciplinary action - the former for a 'hip-drop' tackle on Blake Lawrie and the latter for a late hit on Jayden Sullivan.

The Warriors finish their campaign in 10th after defeating the Manly Sea Eagles 40-28 in Blair's final appearance after 331 NRL matches.

In a high-scoring affair, Adam Keighran finished with a hat-trick, while Patrick Herbert and Eliesa Katoa also scored for the Warriors, who saw Kodi Nikorima put them on the board after they had fallen behind 10-0 after seven minutes at Central Coast Stadium.