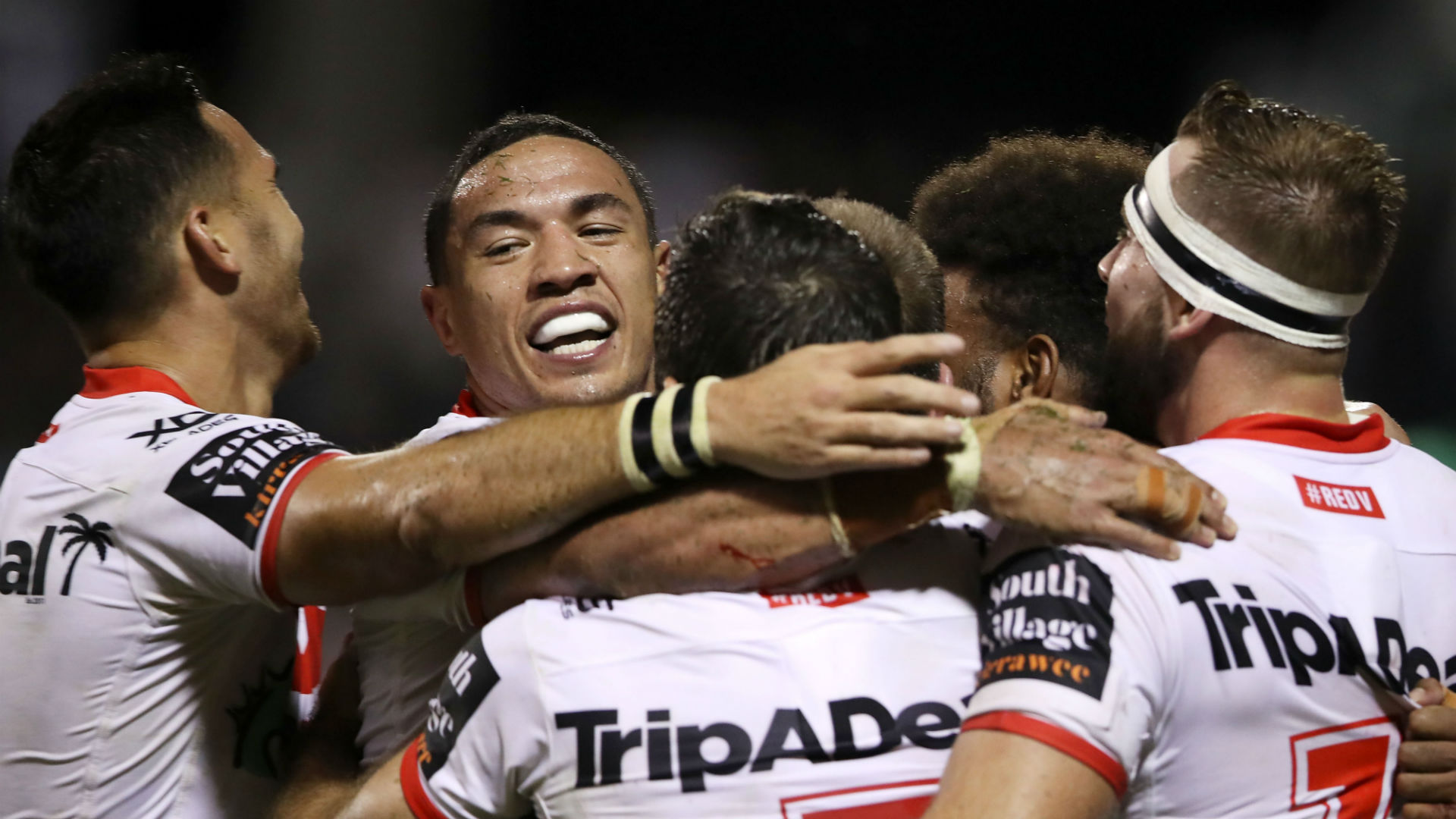 
Mikaele Ravalawa's late try sealed a fourth straight NRL win for St George Illawarra Dragons, but the Manly Sea Eagles were left fuming over the final play in a dramatic encounter on Saturday.

Dragons wing Ravalawa touched down with three minutes remaining in the 12-10 victory and the Sea Eagles were even more frustrated when they were denied a penalty at the death that would have offered them a chance to take it to golden point extra time.

Matt Dufty raced onto Ben Hunt's grubber kick for the opening try but Brad Parker hit back at the end of a slick move and Daly Cherry-Evans converted his own score to put Manly 10-8 up before the hour mark, the half-back darting through after Corey Waddell sent an incredible offload between his legs.

Tim Lafai shanked a penalty that would have tied things up but Ravalawa collected a grubber from Hunt to touch down for the fourth match in succession.

Another missed goal from Lafai meant a penalty for the Sea Eagles would level the scores, and they were irate at not getting it in the final seconds when Lafai appeared to block Reuben Garrick's attempt to challenge Jordan Pereira to a high ball in the corner.

Ken Maumalo lunged over in the left corner to put the Warriors in front, but Coen Hess crossed after some brilliant footwork from Jake Clifford and Jordan Kahu's first of two conversions saw the Cowboys inch ahead.

David Fusitu'a – who went off with a suspected rib injury with 15 minutes remaining – saw a try chalked off before Roger Tuivasa-Sheck's sensational solo run handed the Warriors the initiative once more.

Michael Morgan took control of the game for the Cowboys, though. His kick forced a knock-on from Tuivasa-Sheck and a grubber from the ensuing scrum enabled Justin O'Neill to scramble in.

The pressure that followed a 40-20 from Morgan resulted in a penalty that Kahu kicked before the half-back slotted through a drop goal to put the game beyond doubt.