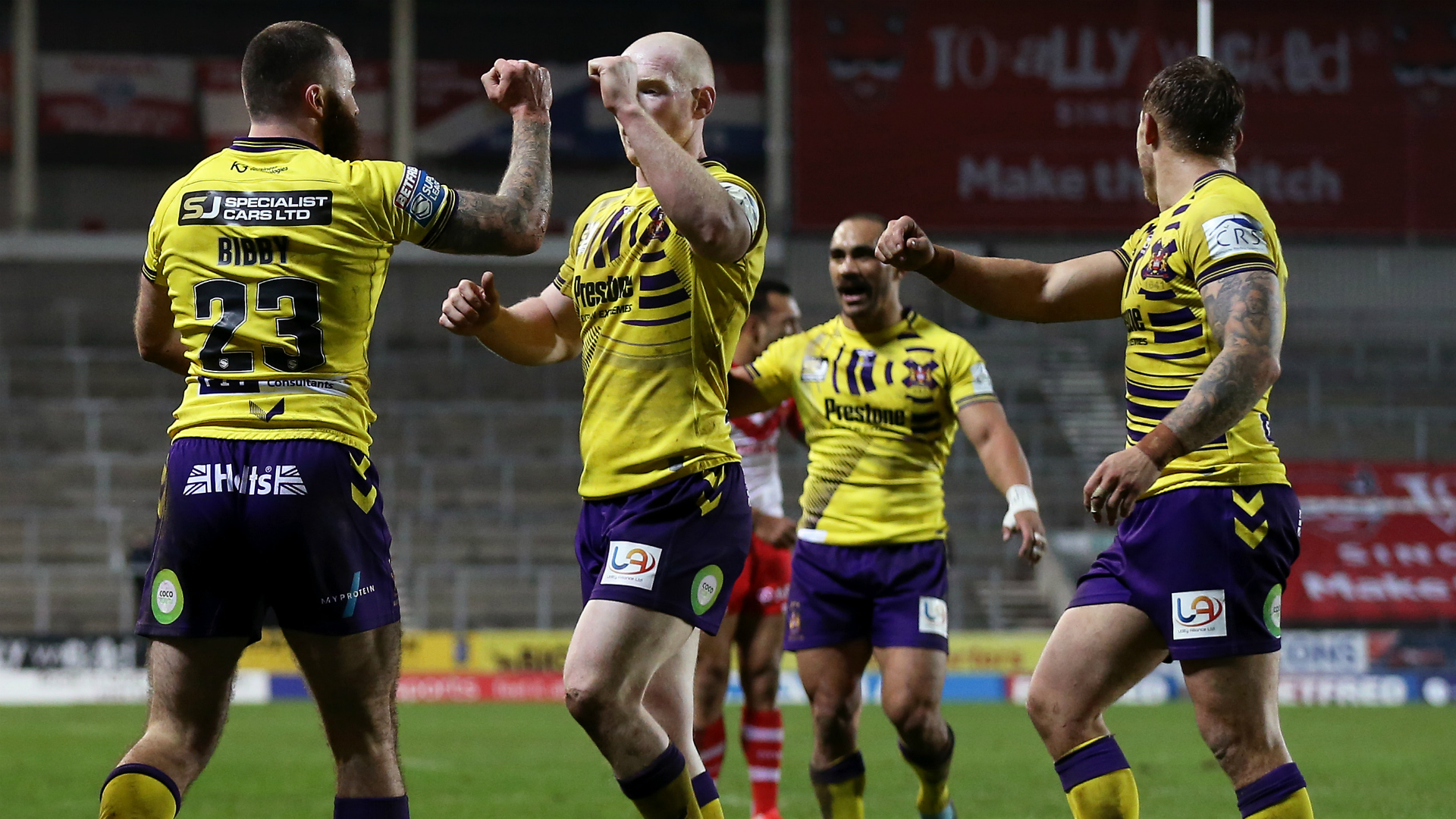 
Wigan Warriors moved top of Super League with an impressive and intense 18-6 win at St Helens that put them in pole position to lift the League Leaders' Shield.

Thomas Leuluai, Bevan French and Jackson Hastings all dotted down in the second half to seal a comeback victory for the visitors at the Totally Wicked Stadium on Friday.

A converted try by Lachlan Coote on the half-hour mark turned out to be the only points scored by Saints, who were unable to strike again despite a late yellow card for Wigan's Joe Greenwood.

Jake Bibby scored the other try for Wigan, who have won 12 of their 16 league games and now sit top of the standings, level on 24 points with Saints but with a better win percentage.

Warrington Wolves are third after they saw off Huddersfield Giants in a 19-12 home win.

Daryl Clark scored two tries for Warrington, who will need to check on injuries to Josh Charnley and Jason Clark after both players were forced out of the contest.