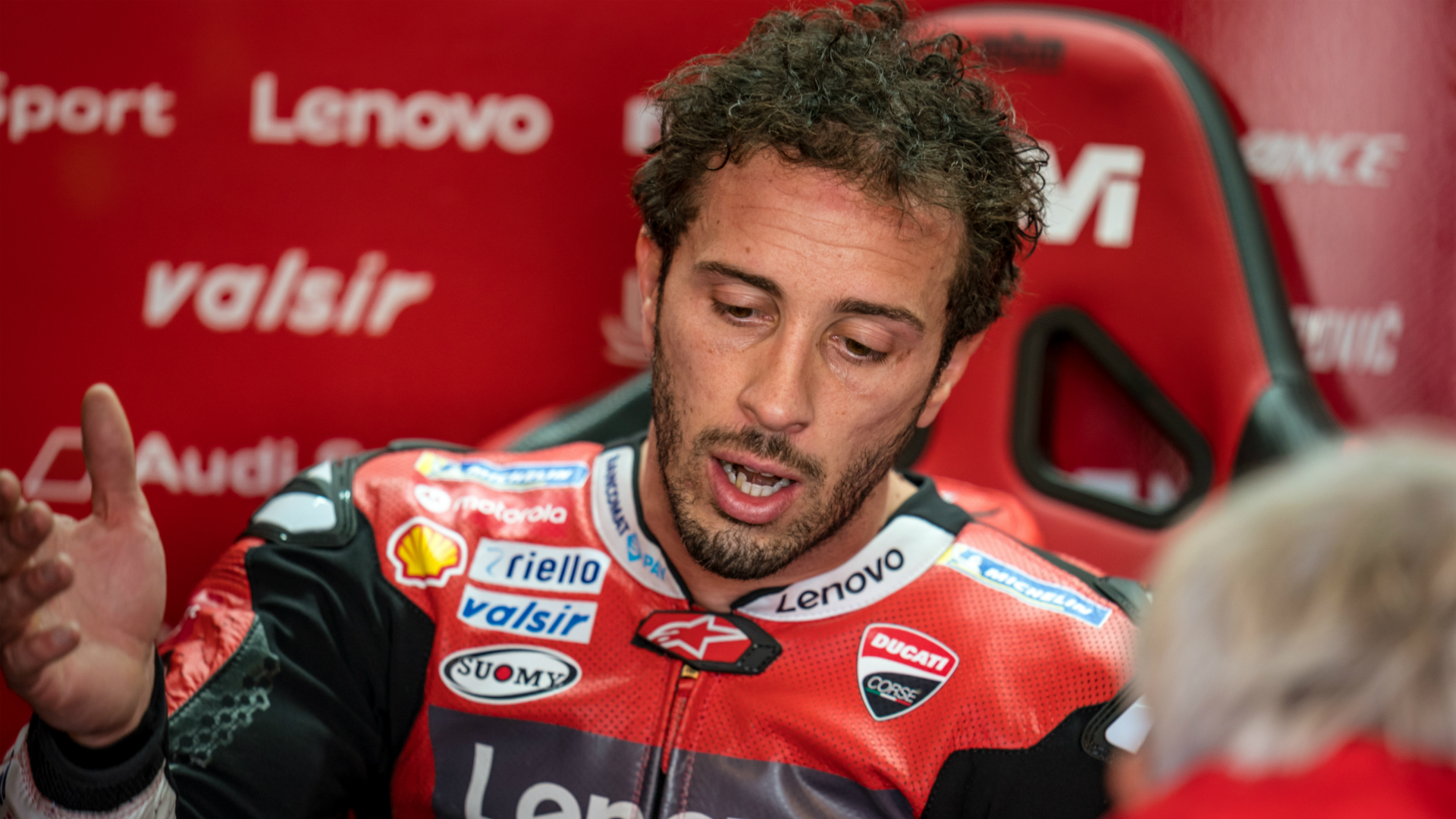 
Andrea Dovizioso has hit out Gigi Dall'Igna, revealing he did not have a calm conversation with Ducati's general manager for three years before he left the team.

It was announced last August that Dovizioso would not stay on for the 2021 MotoGP season after eight years with Ducati.

The 34-year-old Italian rider has since announced he will take a sabbatical this year but hopes to return to the premier class further down the line.

Dovizioso has lifted the lid on how on his relationship Dall'Igna with disintegrated.

He told Gazzetta dello Sport: "What is the relationship with Gigi? Zero.

"In the past years it was at 30 per cent, then since Jorge Lorenzo arrived in 2017 – in arguing and going against each other – my team and I became a bit isolated.

"We no longer talked about the development of the bike, we no longer held meetings to develop it.

"But in Ducati there is potential to do so, because the competence and skill are very high. Of these eight years it's the only thing that makes me angry, because we could have done more. Gigi and I have not spoken calmly since 2017."

Dovizioso suggested Dall'Igna had too much power and said he was never offered a new deal, despite claims his demands were too high.

"These decisions come only from Gigi. There is talk of Ducati, but it is wrong because all the decisions are his. Like the choice of Lorenzo in 2017," he said.

"At the beginning of 2016 there was the possibility of taking on [Marc] Marquez, but Gigi had already decided that he wanted Lorenzo."

He added: "Gigi stated that he understood that it was already over from the 2019 meeting between the Sachsenring and Austria. That was supposed to be a technical meeting, we had different ideas, there was friction and we wanted to meet with all the engineers.

"It started as a technical meeting but then ended as a confrontation between the two of us. Gigi felt attacked, beaten. I think at that moment he closed the doors, but he did it quietly and what he says confirms it.

"It was said that I wanted this and that. All lies. There was never an offer, there were no negotiations. I still did not know that they no longer wanted me.

"But what they said was the confirmation that for Dall'Igna it was already over after that 2019 meeting."