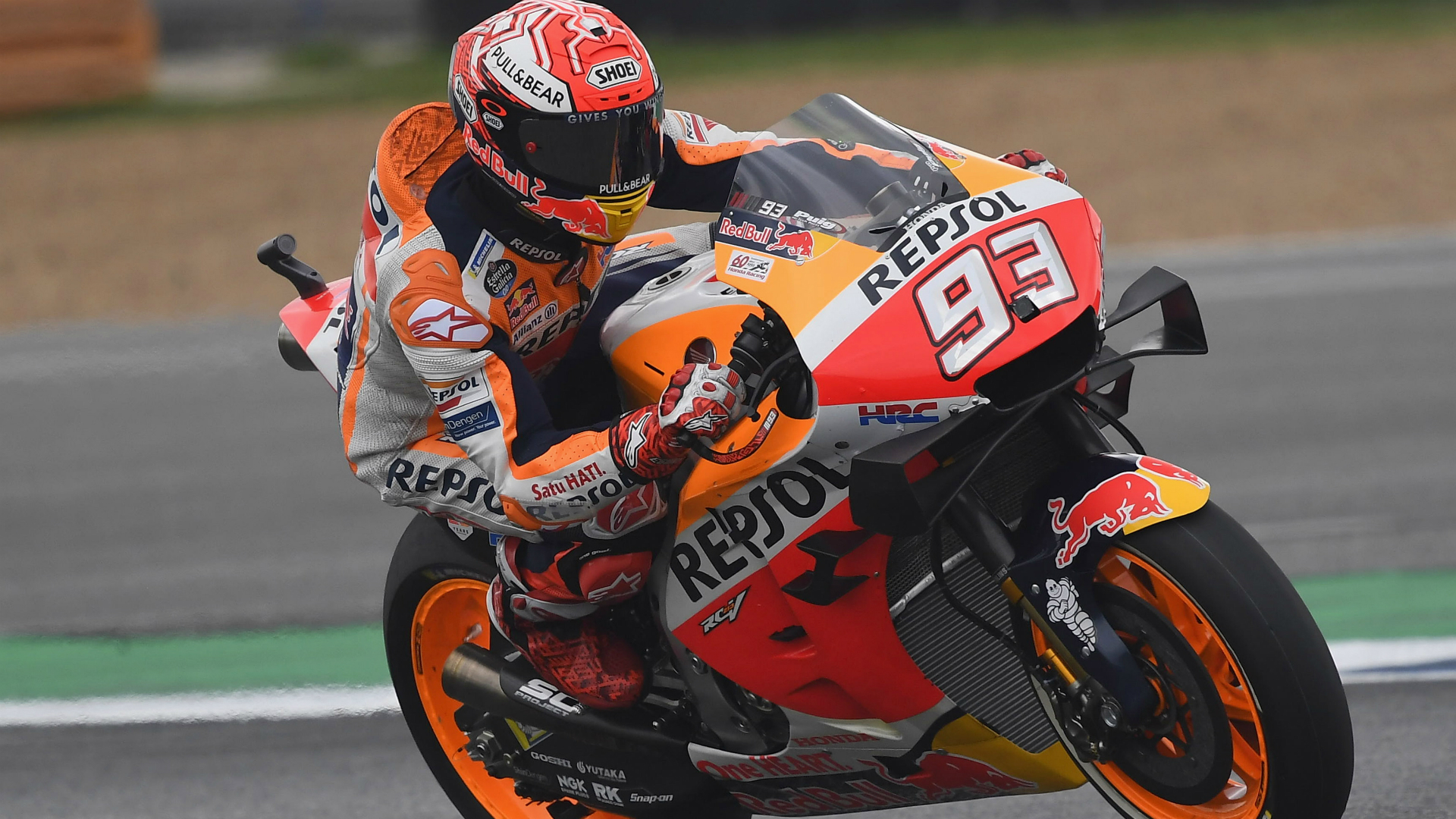 MotoGP Raceweek: Champion Marquez determined to finish with a flourish


Marc Marquez is determined not to let his standards drop after wrapping up a fourth consecutive MotoGP world title with four races to spare.

The Repsol Honda rider trailed Fabio Quartararo for much of Sunday's Thailand Grand Prix but made the pass late on and a last-gasp effort from his rival to regain first spot failed to stick.

It has been another utterly dominant season for Marquez, with the Spaniard winning nine races and only failing to place lower than second on one occasion, when he retired in Austin in round three.

Marquez accepted he was worried when rookie Quartararo was leading and while there will be celebrations for a sixth premier-class world title he plans to finish 2019 with a flourish.

"I was trying to manage in the best way but it was impossible. I didn't give up and finally caught him.

"I mean it was a perfect season at the moment [but there are] still four races to go, the championship is done but the year is not finished.

"It's time to celebrate but the last four races I want to finish in a good way."

Quartararo has impressed during his debut MotoGP campaign, with this second-place finish his fifth podium in the past nine races and Marquez expects the Frenchman to be a strong title contender in 2020.

"I tried to study in the last three laps if it was possible to overtake and I said 'okay, it is possible'," he added at a later news conference.

"Even in the last corner he tried - Fabio every time becomes stronger and stronger so he will be a very tough contender for next year, for the championship."

Quartararo was disappointed to see another chance for a first MotoGP win slip from his grasp but acknowledged Marquez's brilliance.

"For sure, this race was more or less like Misano but at the end, Marc in Misano overtook us quite long from the last corner," he said.

"I was a little bit, or a lot frustrated, on the main straight, but at the end we are fighting with a guy who is an eight-time world champion in our rookie year, so we really can be happy with the job we did with the team. We will keep working in the same way."