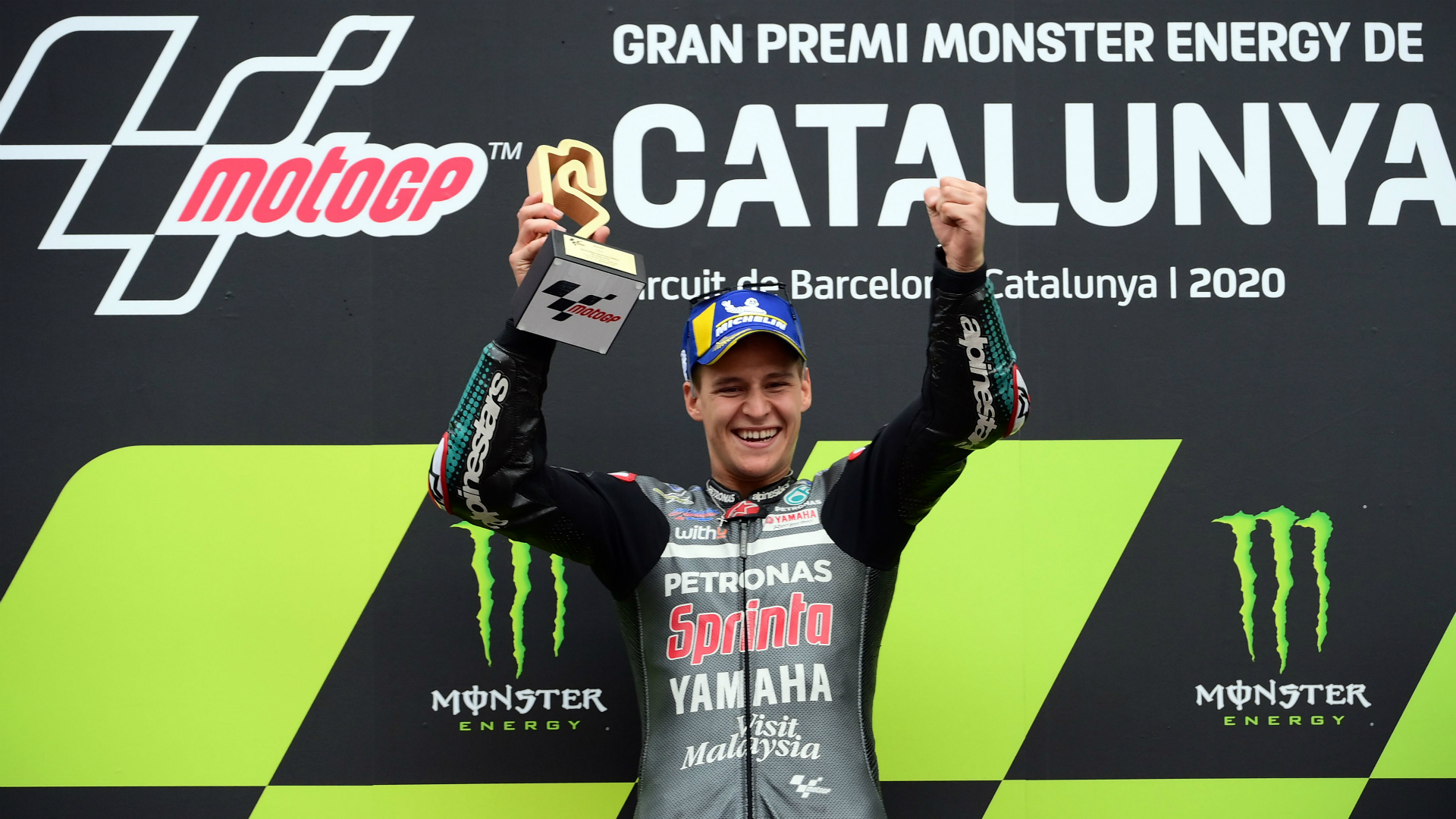 MotoGP 2020: I suffered a lot this last month - Quartararo revels in return to winning ways


Fabio Quartararo cut a relieved figure after rebounding from a tough run to win the Catalan Grand Prix and regain the lead in the MotoGP world championship.

The Petronas Yamaha rider won the opening two races in Jerez but failed to even make the podium in the following five.

It was a day to celebrate at the Circuit de Barcelona-Catalunya, though, as he crossed the line first on a day when former riders' standings leader Andrea Dovizioso crashed out on lap one, having qualified 17th, and Maverick Vinales finished back in ninth.

Reflecting on a tricky end to the race as a flying Joan Mir chased him down, Quartararo said: "It was not lack of grip but my tyre was nearly destroyed.

"It was totally finished, we knew Suzuki with the grip were so fast. Joan was so fast, it's why for qualifying it was so important to get the front row.

"I suffered a lot the last the month, I didn't go back on the podium since Jerez, it was not easy for my brain. Thank you to my family and to everyone who supports me."

Suzuki Ecstar rider Mir finished second and is now the nearest rival to Quartararo, who he would probably have passed if the race had a lap or two more.

"I feel really good, honestly today we did a really good race, it was a shame because I was missing one lap," Mir said.

"I saw Fabio dropping his pace a lot, I was faster than him on the last lap. Today was not the day but it's another podium, I'm super happy for the team.

"The team do an amazing job, we have both riders on the podium, it's really special for us. We have to keep working and the victory is really close."

Mir's team-mate Alex Rins flew from way back into 13th to take third place, with Valentino Rossi having crashed out chasing a 200th career podium and Franco Morbidelli's tyres wearing as the race went on.

"This race was hard for me as the previous weekends, it's the third race in a row and I'm not 100 per cent physically with the shoulder injury from Jerez," Rins said.

"I'm so happy for this race. I tried to keep my mind free, go step by step. I want to dedicate this race to everyone suffering from this [coronavirus]."