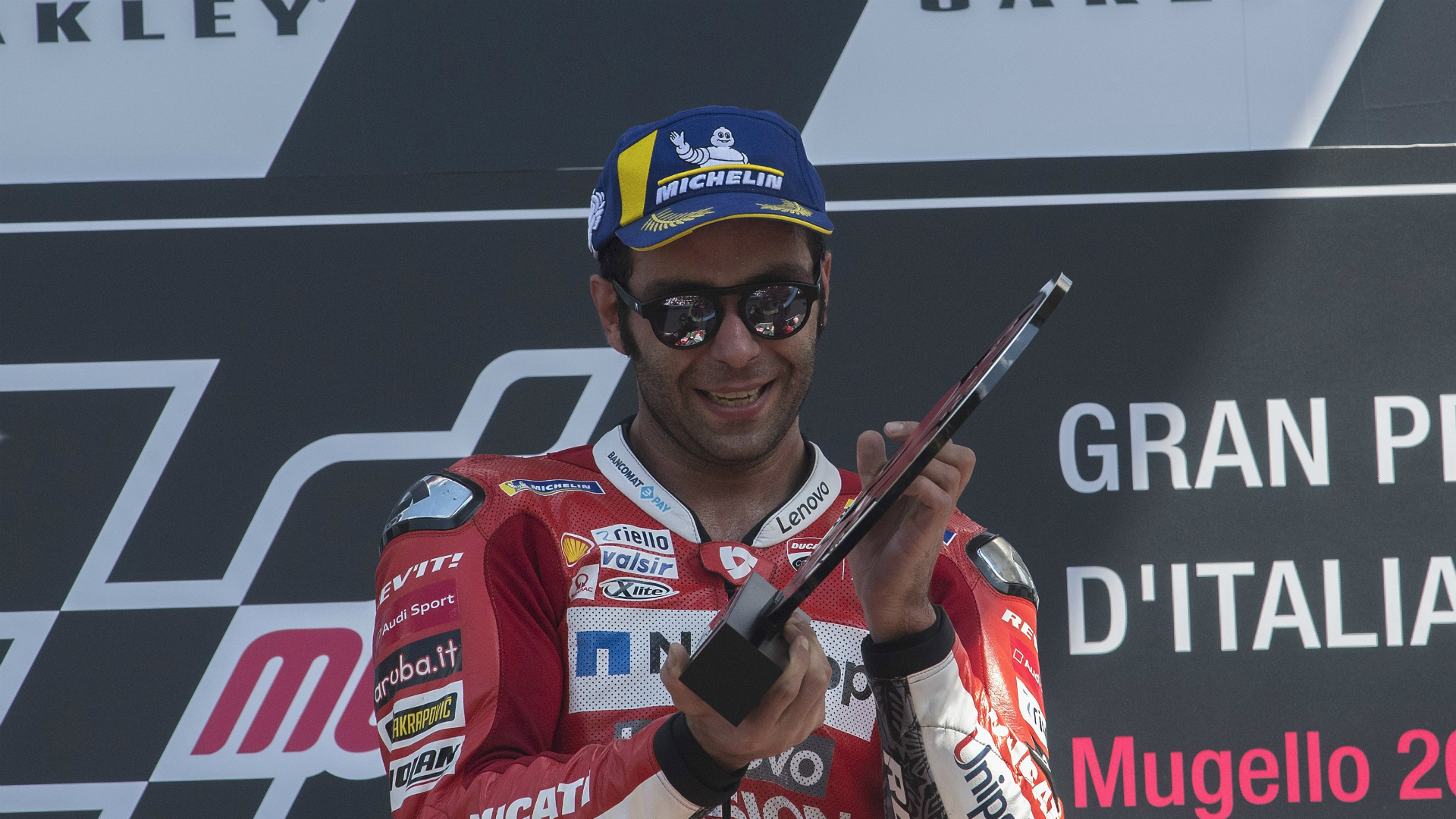 
Danilo Petrucci ended his long wait for a MotoGP victory when he scored a home success at the Italian Grand Prix at the start of June.

Petrucci shook off illness to triumph at Mugello and halt his barren run, providing food for thought for title hopefuls Marc Marquez and Andrea Dovizioso.

It allowed 28-year-old Petrucci to jump to fourth in the season standings after six races, and the Ducati rider will be dreaming of more success this weekend at the Catalunya Grand Prix, despite his best finish at the circuit being the eighth place he achieved last year.

Jorge Lorenzo won this race last year but since switching from Ducati to Honda for this season he has found podiums unattainable.

Here, we take a look at some of the key numbers courtesy of Opta.

@Petrux9 and @marcmarquez93 thrilled us with their battle at Mugello, but two years ago at Catalunya, it all got a little too close! #CatalanGP  pic.twitter.com/lUyiRCSdE7

1 - Rossi has won only one race in his 52 MotoGP outings since his 2016 Catalunya triumph, with that solitary victory coming in 2017.

14 - Rossi has achieved a record 14 podium finishes at the Barcelona-Catalunya circuit, five more than the next man on the list, local hero Dani Pedrosa who retired at the end of last season.

4 - Marquez has secured pole position in four of the six Grands Prix this season. He is one away from equalling his tally of pole positions in the entire 2018 championship.

58 - Mick Doohan has the record haul of MotoGP pole positions but Marquez is now on 56, just two behind the great Australian.

9 - Repsol Honda's Lorenzo has not finished in the top 10 in any of his last nine races, however, his worst such run in his 12 MotoGP seasons.

125 - Petrucci will compete in his 125th MotoGP top-tier race this weekend and will chase a second win after breaking his duck in Italy.

15 - Alex Rins has completed his last 15 MotoGP races, his best run without retirements in the top category.