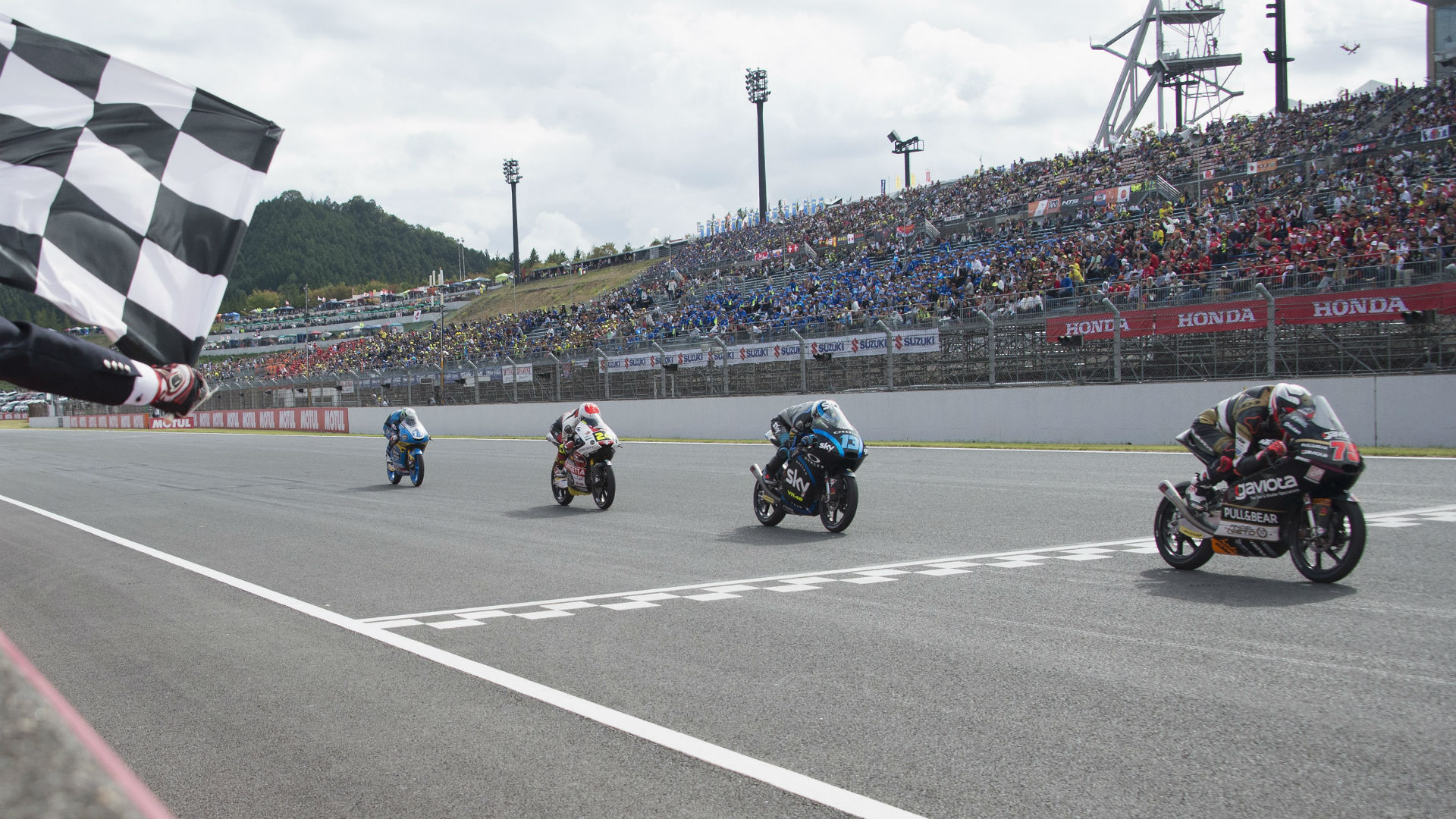 
The MotoGP Grand Prix of Japan has been cancelled due to the coronavirus pandemic and no races will be staged outside of Europe before mid-November.

Twin Ring Motegi was due to stage the event from October 16-18, but it was announced on Monday that it will not go ahead.

It will be the first time in 21 years that there is no premier-class racing at the iconic track.

The cancellation was confirmed just a few days after the British and Australian Grands Prix were removed from the 2020 calendar.

As organisers continue to work on a schedule for a season that has not been able to get under way, Dorna Sports chief executive Carmelo Ezpeleta revealed that all rounds will be in Europe until November at the earliest.

Due to coronavirus outbreak, the #JapaneseGP 🇯🇵 has been cancelled

Full details in the article below #MotoGP | https://t.co/2mZivcTlR5

He said: "It is with great sadness that we announce the cancellation of the Grand Prix of Japan at the very unique Motegi circuit, meaning we will not have a Japanese Grand Prix on the calendar for the first time since 1986.

"The MotoGP family is working very hard to be able to re-start the racing season and hold as many events as possible, and in the safest way possible.

"For this reason, the FIM and Dorna, in consultation with IRTA [International Road Racing Teams Association] and MSMA [Motorcycle Sport Manufacturers Association], have decided that, until mid-November, MotoGP will remain in Europe to do as many European MotoGP events as we are able to.

"Therefore, overseas events, if at all possible, should be scheduled after mid-November – which would be too late in the year for the Grand Prix of Japan to be held.

"For this reason it has been decided, in consultation with Mobilityland [the circuit's operating group], that the Grand Prix of Japan cannot be held in 2020. I very much thank Mobilityland for the support given to MotoGP.