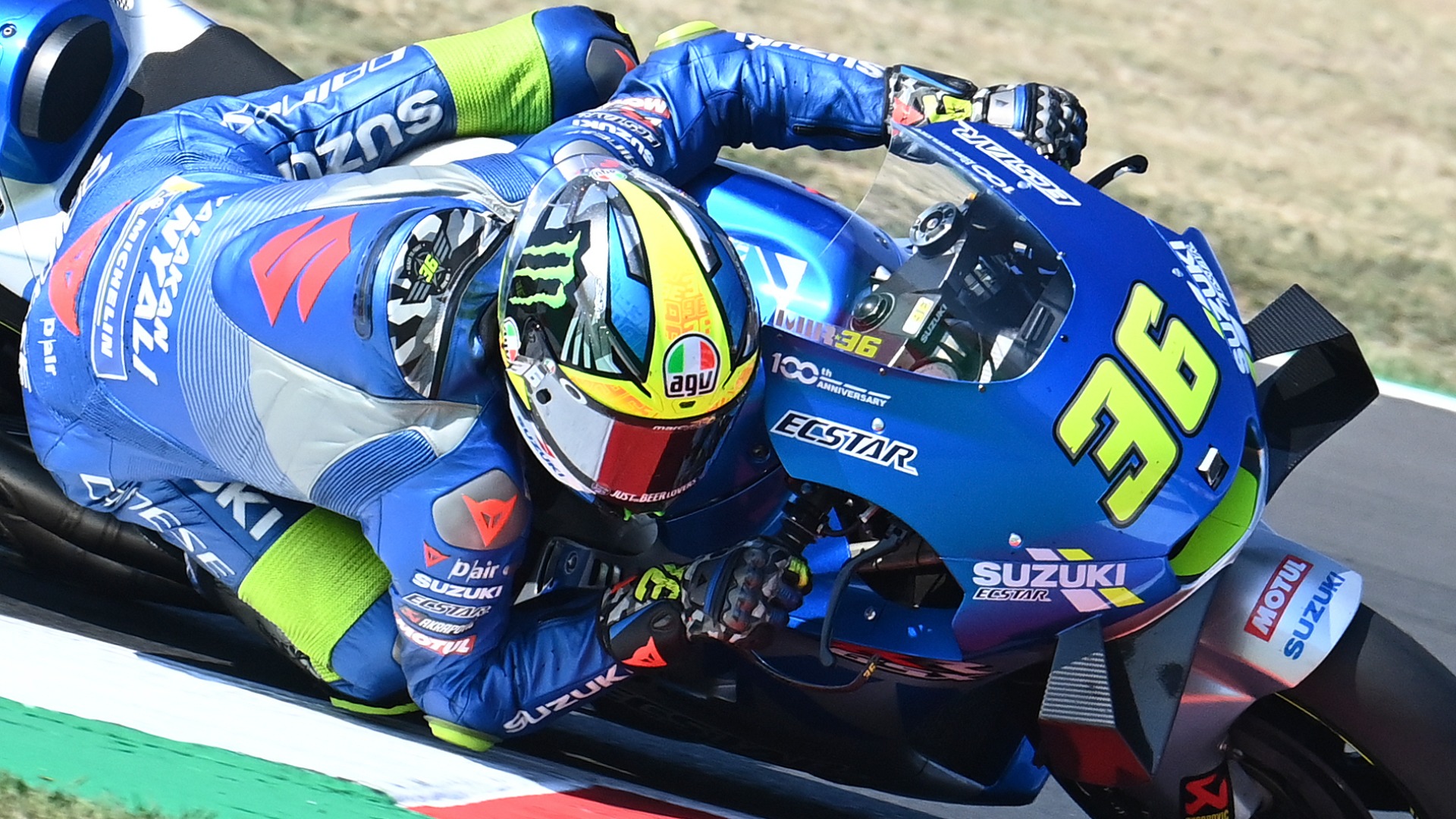 
Fabio Quartararo fears a challenge from Joan Mir again at the Emilia Romagna and Rimini's Coast Grand Prix due to Suzuki's "perfect" bike.

Yamaha rider Quartararo was the 2020 pace-setter in MotoGP after winning the first two races of the year in the absence of usual champion Marc Marquez.

But the Frenchman has not tasted victory since and tumbled to second in the standings with his retirement last week, behind Andrea Dovizioso.

Rather than the Ducati, though, it is Mir's Suzuki which is causing Quarataro concern.

Spaniard Mir has two retirements this year but has otherwise finished fifth, second, fourth and last week third, reaching fourth in the standings - 10 points behind Quartararo.

"So, yes, I'm worried because both riders are very fast.

Ready for Day 1 of the first ever #EmiliaRomagnaGP?

"Mir is in full confidence, so it's not easy for us because we are spread in this area and I think right now, overall, the bike is the perfect bike."

Mir was merely amused by the claim, however, responding: "I didn't know Fabio rode my bike. It's really nice to hear someone that knows my bike better than me.

"What can I say? Of course the bike of the other people is better than the one you are using, for sure.

"At the moment, the one that is getting pole positions is him and the winner of the last race was one Yamaha."