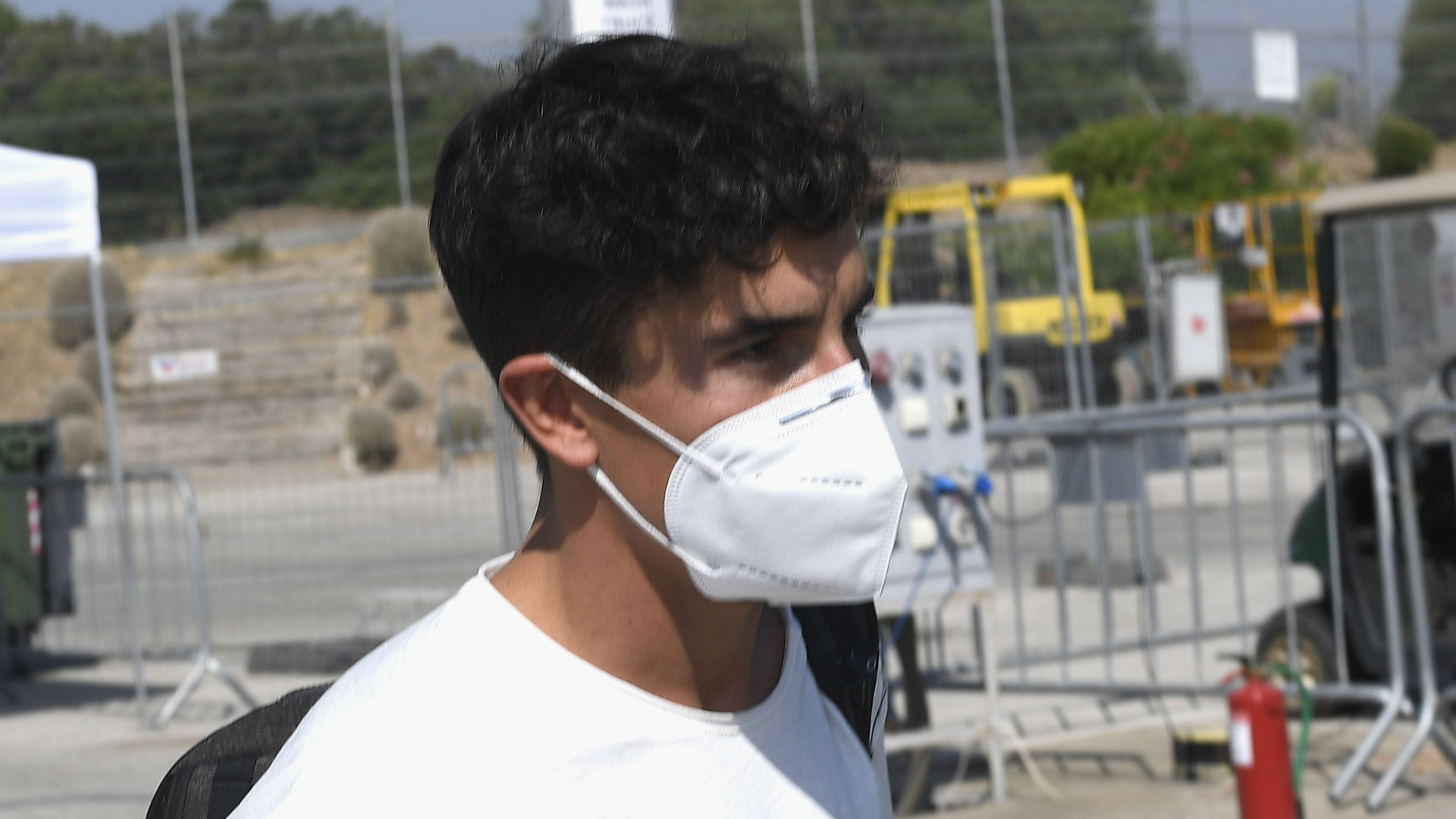 
Marc Marquez will miss the Czech Republic Grand Prix this weekend after undergoing a second operation on his broken right arm.

The MotoGP world champion suffered a fractured humerus in the first race of the season in Jerez last month and had a titanium plate fitted during surgery a couple of days later.

Marquez made an incredible return at the Andalusia Grand Prix the following weekend, but declared himself unfit to race after feeling pain around his elbow in qualifying.

Repsol Honda on Monday revealed the 27-year-old had gone under the knife again due to the plate he had inserted sustaining damage as a result of stress accumulation.

It was confirmed on Tuesday that the six-time MotoGP champion will not risk getting back on his bike so quickly this time around.

Unfortunately @marcmarquez93 will miss the #CzechGP with @stefanbradl stepping into the Repsol Honda Team once again.

"Every session I learn more about MotoGP" @alexmarquez73

A statement on the Repsol Honda website said: "After undergoing a second operation on his injured right arm, Marc Marquez and HRC have decided that the world champion will not ride in the Czech Republic in order for him to recover more.

"In his place, HRC test rider Stefan Bradl will mount the Honda RC213V. In 2019 the former Moto2 World Champion competed in four MotoGP races with a best finish of 10th at the German GP.

"Bradl has claimed three top 10 finishes at Brno from his seven starts in the MotoGP class and only once missed out on points."

The first two races of the delayed 2020 season were won by Fabio Quartararo and with no word on when Marquez might return, he faces a battle to claim a fifth successive title.