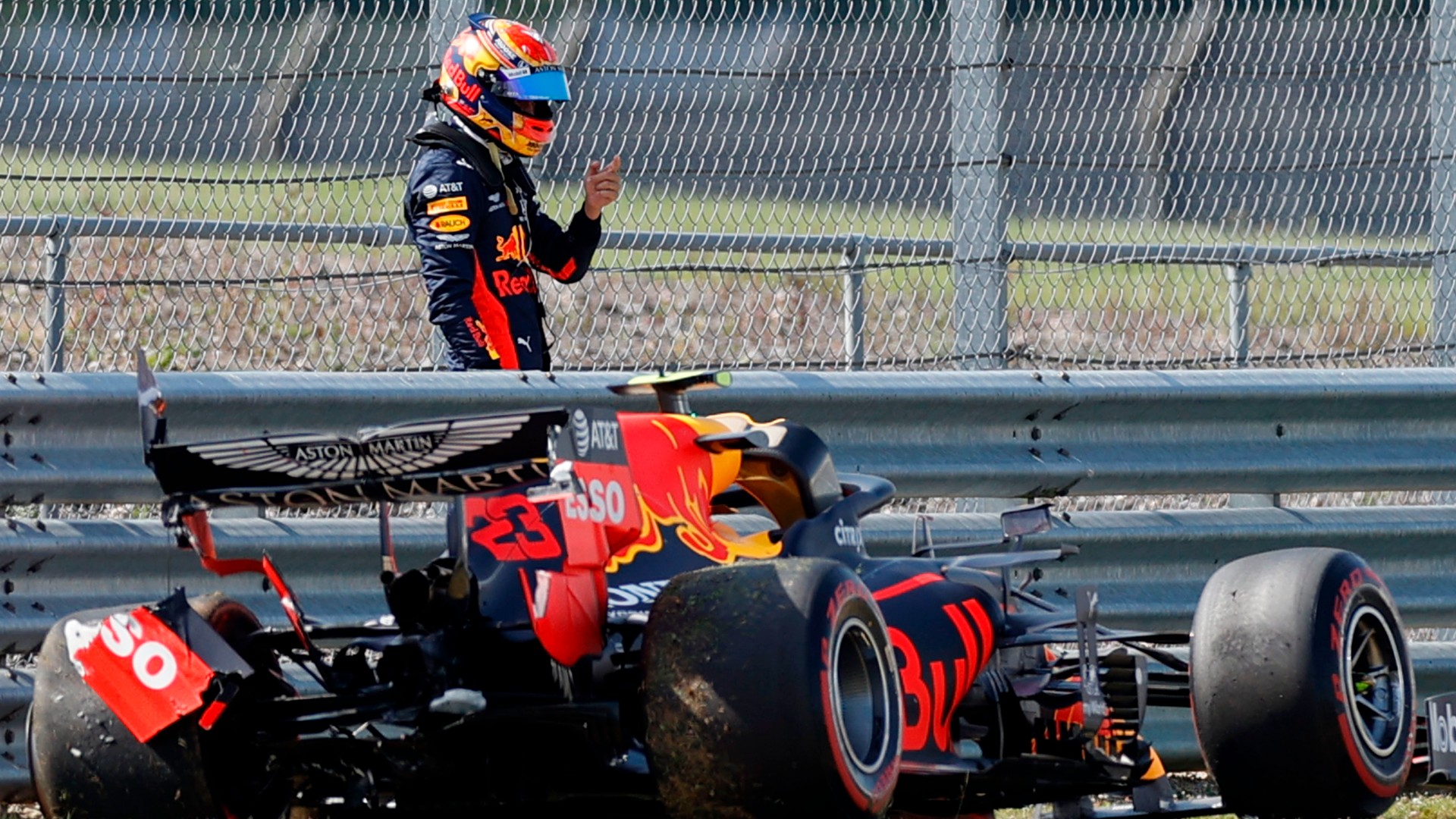 
Christian Horner says Max Verstappen's Silverstone crash with Lewis Hamilton has cost Red Bull around $1.8million, an outlay that will have "massive ramifications" for the team.

Verstappen was taken to hospital for checks after being left badly winded by his high-speed collision with title rival Hamilton at the British Grand Prix last weekend.

Dutchman Verstappen spun into the barriers following a dramatic crash on the first lap at Copse corner.

Hamilton went on to win on home soil and reduce Verstappen's championship lead to only eight points despite being given a 10-second penalty for being "predominantly to blame" for the incident.

Verstappen accused the Brit of being "disrespectful and unsportsmanlike", while Red Bull team principal Horner felt Hamilton was guilty of "dirty driving".

With a budget cap at $145m in Formula One this year, Horner has revealed it was not just the number of points Verstappen lost that Red Bull could be left to rue at the end of the season.

He said in a column on Red Bull's website: "It is no secret that we felt at the time, and still feel, that Hamilton was given a light penalty for this type of incident

"Given the severity of the incident and the lenient penalty, we are reviewing all data and have the right to request a review. We are therefore still looking at the evidence and considering all of our sporting options.

"The other significant factor is the cost-cap element of this. That crash has cost us approximately $1.8million and an accident like that has massive ramifications in a budget cap era."

Good to be back home  pic.twitter.com/Gy4zlnyBNF

He added: "I would like to respond to some comments I have seen from Toto, who is quoted as saying our comments regarding Hamilton having caused the accident were 'so personal'.

"I would like to make it clear. This was an on-track incident between two of the best drivers in the world.

"At the point in time when you have a driver in hospital and the extent of any injuries have not yet been made clear, your car has been written off and the stewards have penalised the driver seen to be responsible, it is natural that emotion comes into play, for all involved, whether you feel wronged or victorious.

"I also felt the narrative that Max was being 'overly aggressive' at that stage was unjustified. You only have to look at the fact Max has zero penalty points on his licence and has not been found guilty of any on-track misjudgements in recent years.

"Both drivers are of course uncompromising in their driving style, but they are both highly skilled drivers with a great deal of experience.

"The reality is that Hamilton has met his match in a car that is now competitive, and I agree that both drivers need to show each other respect, but Hamilton was the aggressor on Sunday."