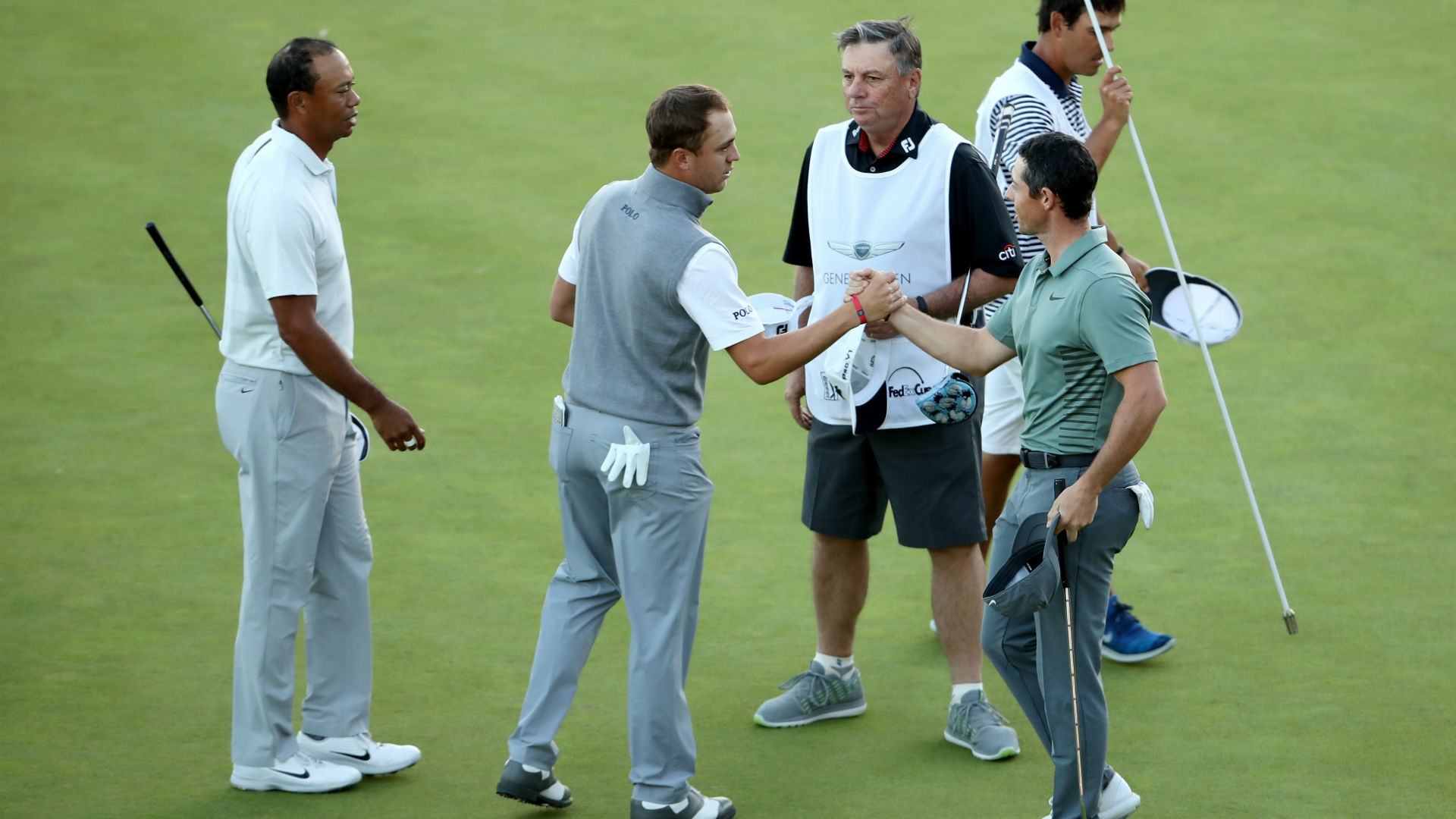 
Picking a winner for this year's Masters is like trying to choose from a food menu consisting entirely of your favourite treats.

Just as you are drawn to one delectable delight another mouth-watering selection catches your eye, and then another, until, overwhelmed by the plethora of options, you are rendered entirely incapable of making a choice.

That is how it has been for golf fans attempting to whittle down the list of Augusta contenders to one champion in waiting. There are no bad choices, just too many good ones.

Is it set up for Rory McIlroy to secure the career grand slam? Will Justin Thomas take the green jacket and ascend to the summit of the world rankings? Can current number one Dustin Johnson rise to the challenge after last year's fall? Or could we see a 15th major triumph for Tiger Woods?

And that's just the specials board.

Beyond that you've got Jordan Spieth vying for a second title on a course that brings the best – and occasionally the worst – out of him; Sergio Garcia seeking to retain the crown that ended his long wait for major glory; and Justin Rose, beaten by the Spaniard in last year's play-off, eyeing a first Masters win.

What an awesome new jacket, the members of Augusta National GC gave me tonight, don't you think?pic.twitter.com/grvu8ZIhi6

It also should not be overlooked that the last two Dubai Desert Classic winners have then gone on to triumph in Georgia, which puts Li Haotong firmly on the radar too.

All of this is to say that the 2018 Masters has all the ingredients to serve up the most fantastic feast of golf, but the proof of the pudding will be in the eating.

Woods certainly has the hunger for it, having been starved of major success for a decade now. And make no mistake, the 42-year-old is not content merely with returning to the top table. He is, in his own words, "there to win".

And it is no far-fetched notion. Woods has finished in a tie for second and fifth in his last two PGA Tour starts, his latest return from injury woes offering genuine hope that a sporting great may truly be on his way back.

There's no other place in golf that changes the whole tournament like this. How to play Amen Corner, with @TigerWoods. pic.twitter.com/k3TKPwc1Q9

While McIlroy's wait has not been quite so long, his 2014 US PGA Championship win still stands as his most recent victory at one of golf's four headline events.

When the Northern Irishman prevailed at the Arnold Palmer Invitational last month, he was catapulted into favouritism for the first major of the year, which would complete the set.

It speaks to the sheer volume of serious challengers for this year's tournament that Spieth, a man whose four Masters outings have yielded a win and two instances of tying for second, might well be overlooked as a result of his unremarkable form this season.

But underestimate him at your peril, particularly after he tied for third at the Houston Open on Sunday.

Indeed, as tough as it is to pick a winner, it is also nigh on impossible to rule anyone out. It has the makings of a tournament where anything can happen.

If that doesn't have you licking your lips, nothing will.