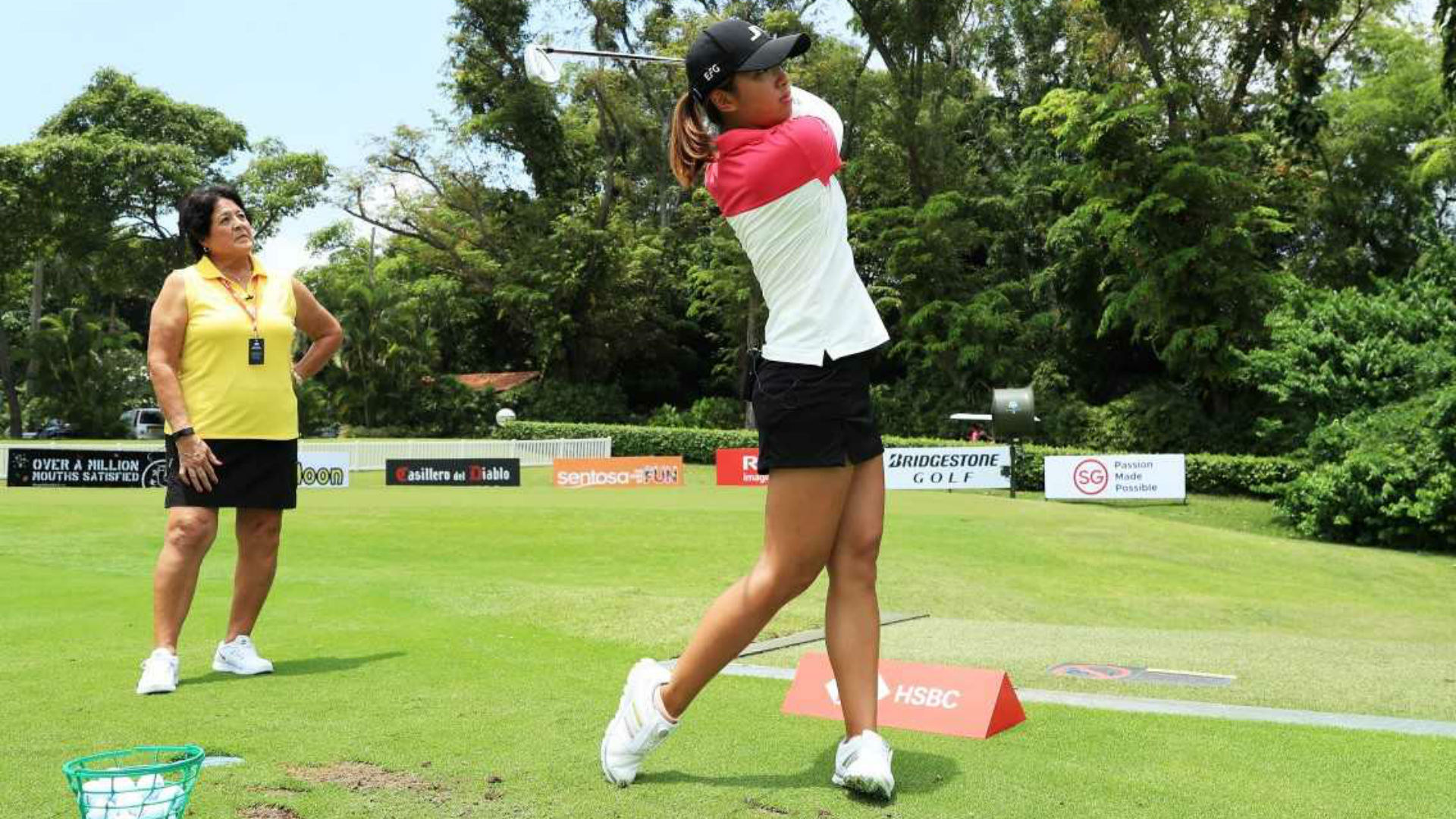 
Michelle Wie winning more major tournaments would be good for the women's game, according to LPGA Tour great Nancy Lopez.

American Wie burst onto the scene as a prodigious teenage talent, making the cut at the U.S. Women's Open when she was just 13 and turning professional at 16.

She joined the LPGA in 2009, but her career has been one of ups and downs – her only major coming at the 2014 U.S. Women's Open, although she has placed second at the ANA Inspiration and Women's US PGA Championship.

Wie also tied third at the Women's British Open last year and began her HSBC Women's Champions campaign with a round of five under on Thursday to sit two off the lead, offering an indication she can improve on her LPGA ranking of 26th in the world.

Lopez, a winner of 48 LPGA events, believes there was too much pressure applied to Wie during her younger years but hopes to see her competing for the biggest honours once again.

"I hope she does [win more majors], she's a player people want to see," she told Omnisport.

"If we can get her into the last few holes leading a tournament we'll get a lot more people watching, they've seen her through her ups and downs and they really want to root for her.

"They feel bad for her, she's dealt with so much adversity, so people really want to see her do well.

"Michelle Wie is such a great talent, I think in her younger years there was way too much pressure put on her to perform at too young of an age.

"I think she's finally starting to get comfortable with the way she handles herself on the golf course."

The American was controversially handed a four-stroke penalty for incorrect ball placement at last year's ANA Inspiration, and was last week penalised two shots for moving a board considered an immovable object at the LPGA Thailand.

"You always learn from the mistakes that happen, it's unfortunate she's had to learn the hard way with some of the rulings that have happened to her," Lopez added.

"But she's a fighter and she's the kind of the player if you make her mad enough she's going to come out here and start beating everyone.

"Absolutely [she can get to number one]. She has the opportunity to do that, she's so talented.

"When you play with players that are so good on the LPGA Tour you really do play better playing with them, you bring your game to the top, I really do think that will happen with her."

Nancy Lopez was speaking at the newly named HSBC Women's World Championship in Singapore. Find out what happened when she met LPGA Rookie and HSBC sponsor invitee, Tiffany Chan across HSBC Sport social channels this weekend.