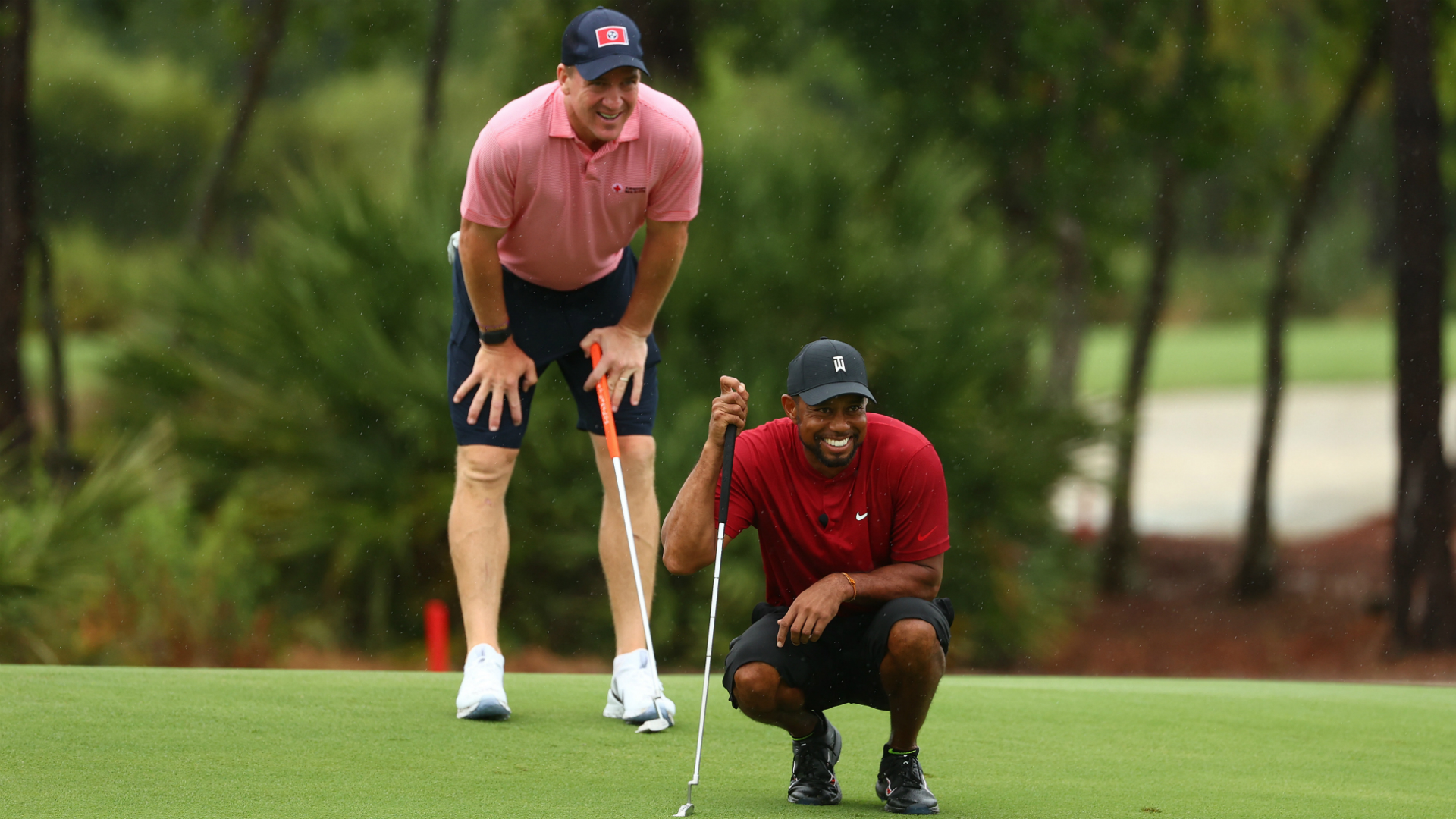 The Match: Tiger and Manning hold off rallying Mickelson and Brady


Tiger Woods and Peyton Manning earned bragging rights against Phil Mickelson and Tom Brady in "The Match", but charity was the real winner.

It was an all-star cast for The Match: Champions for Charity – arranged to raise funds for coronavirus relief efforts – as 15-time major champion Woods teamed up with two-time Super Bowl winner Manning.

Woods and Manning secured a 1up victory over Mickelson and six-time Super Bowl champion Brady in Hobe Sound, Florida on Sunday.

Mickelson and Brady made a late surge on the back nine, but Woods and Manning held on at Medalist Golf Club, where social distancing was front and centre.

Drama until the very end. @TigerWoods and Peyton Manning hold off a back-nine surge from @PhilMickelson and @TomBrady to win #CapitalOnesTheMatch. pic.twitter.com/kso4n2c2aQ

More importantly, over $20million was raised to help with COVID-19 relief amid the pandemic, which has wreaked havoc globally.

Bad weather delayed the charity contest by 45 minutes but there was plenty of fun and entertainment once the players teed off, with PGA Tour star Justin Thomas and NBA Hall of Famer Charles Barkley headlining the broadcast.

Brady did not look like the NFL's G.O.A.T with a golf club in hand, until holing out for birdie from the fairway at the par-four fifth hole in South Florida.

Team Brady and Mickelson rallied, however, the Woods-Manning pairing were not to be denied.

"It's great, the fact that we all came together and we were able to raise $20million for those that have been so severely affected," said Woods, with the PGA Tour planning to return next month after golf was suspended in March due to the COVID-19 crisis. "This is our arena. This is what we do. We couldn't imagine going out onto the field and doing what they do."

Former NFL quarterback Manning said: "I know Tom and I were kind of comparing notes and feelings to each other. To go behind the ropes in these guys' world and kind of be in the arena with them, it was a really special experience. I was not comfortable the entire time, from the first tee all the way down here."

Mickelson – a five-time major winner – added: "We fought hard. I was a little nervous, a little tight on the front nine. My man kept us in there, and the back nine he really shined. We made a run and came really close."