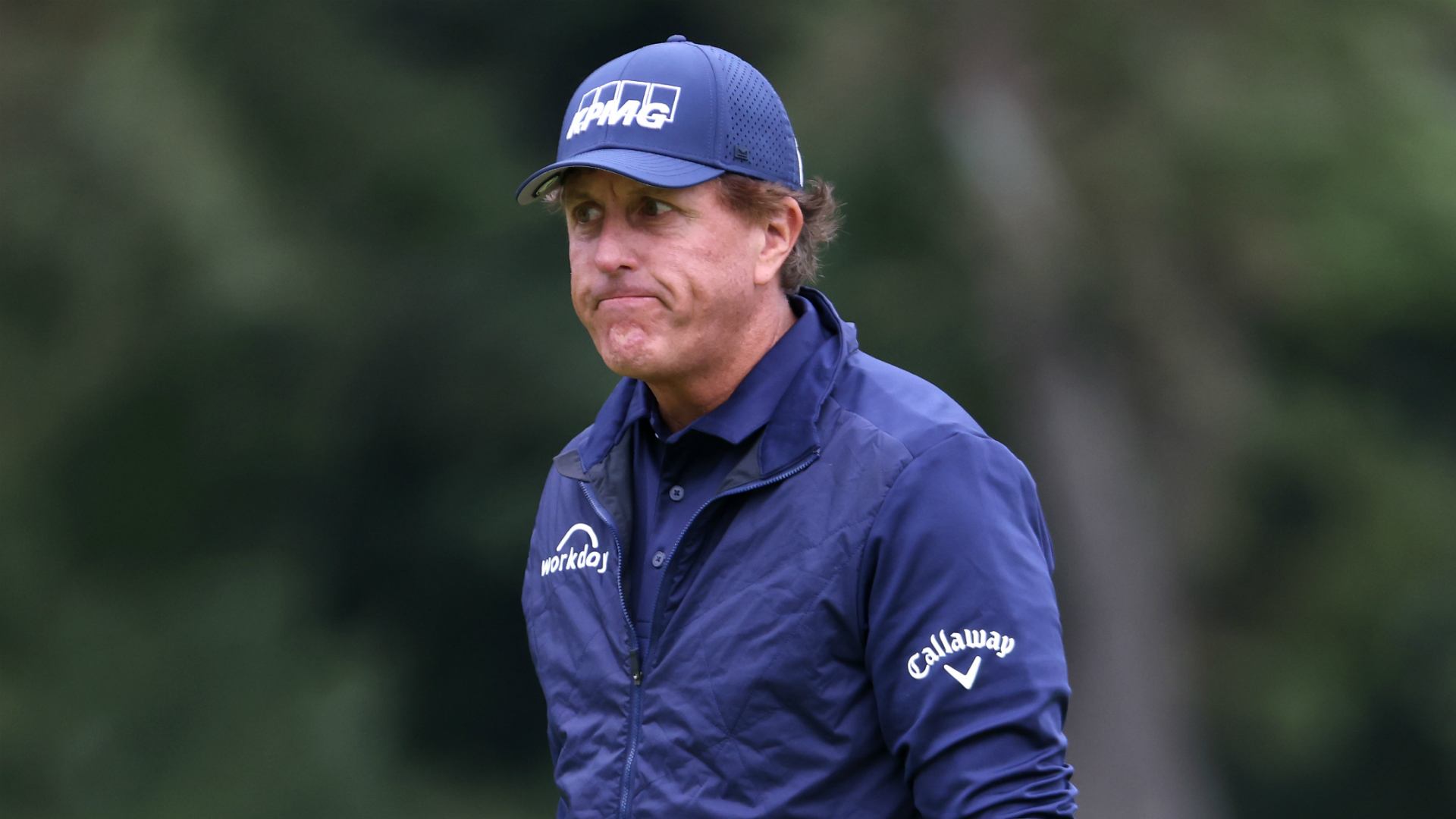 
Phil Mickelson admitted he had played "some of my worst golf" as he tumbled out of the U.S. Open at Winged Foot, scene of surely his biggest golfing nightmare.

Fourteen years after he double-bogeyed the 18th to surrender the 2006 U.S. Open to Geoff Ogilvy, when a par would have secured a third straight major, Mickelson failed to make the cut on the same course.

Now 50 years old and fresh from a debut on the Champions Tour, Mickelson followed Thursday's wretched 79 with a more respectable 74 in tough scoring conditions.

But on 13 over par he was certain to miss the weekend's action, and when asked whether he had considered if it might be his final U.S. Open, Mickelson said: "I don’t know."

He said he would "head home and take a few weeks off and go from there". The U.S. Open is the one major Mickelson has never won.

Phil struggled off the tee at Winged Foot, hitting just six of 28 fairways on Thursday and Friday.

His quest for the career grand slam will have to wait another year.

On this occasion, Mickelson was clearly hoping for more from his game, but said he "enjoyed the challenge" posed by the course in New York state.

"I think it's always one of the hardest tests that we play but one of the most fun challenges because of the… gosh, the character of the course all throughout, from shot-making to putting and short game," Mickelson said.

"I think it's a terrific place to play golf and I'm appreciative of the opportunity to have been able compete here and I'm disappointed I didn't play better."

As Bryson DeChambeau and Rafa Cabrera Bello reached the clubhouse at three under and two under respectively, firmly in the title hunt, Mickelson was struggling to work out where his performance was falling short.

Given the level of his success over the past 30 years, the five-time major winner appears to have found himself in a position he would not have expected.

Although he can play well with the heat off, competing is not bringing the best out of the American.

"I find that I've been playing very well at home, and I get out here where the penalty for a mis-hit is severe, and I find myself getting a little tight and a little steer-y, and playing some of my worst golf," he said.

"And that's something I've got to work on and fix. When I go back home, I don't have the stress and I seem to play just fine, but I've got to be able to bring it out here under these conditions."

Asked whether it was important to return to Winged Foot, given the memories it has for him, Mickelson put on a brave face.

The 2006 final-hole implosion led Mickelson to describe himself as "such an idiot" at the time, but the years have helped to heal the wounds of that Sunday.

"It's fun for me to come back here," he said. "I love the people here and I'm sorry they weren't able to come out to the tournament.

"But I think it's one of the best golf courses that we play majors on and it was fun for me to have to play and compete here one more time."