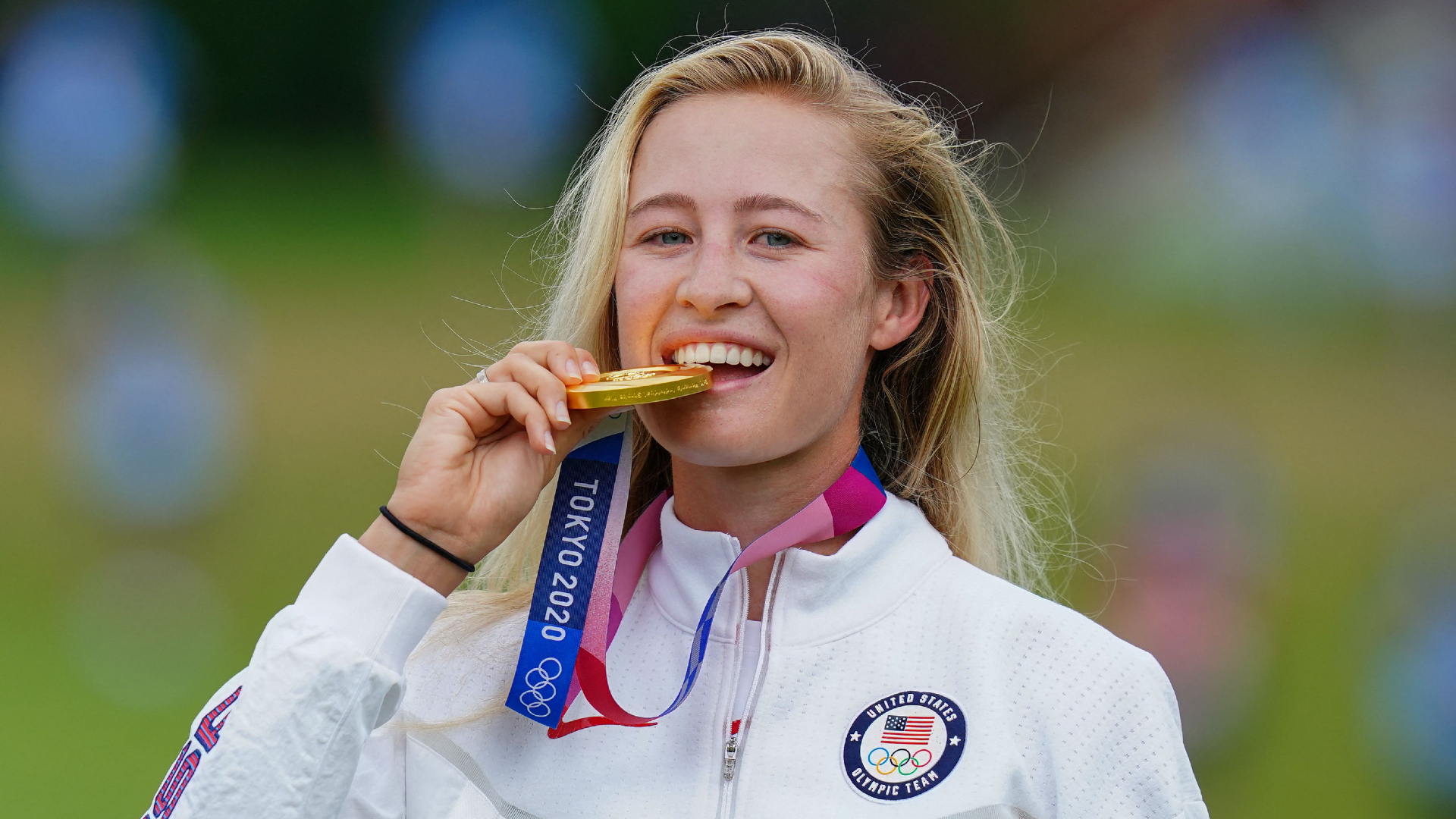 
Golf lionheart Nelly Korda admits Olympic gold medal success probably will not fully sink in until the end of the season as she turns her focus towards Carnoustie and the Women's Open.

The 23-year-old American has risen to world number one, landed a first major title and now snatched Tokyo 2020 glory in what is proving a stellar year in her young career.

She completed a second successive round of 69 to polish off victory on Saturday at the Kasumigaski Country Club, finishing one clear of Japan's Mone Inami, who won a silver medal play-off, and New Zealand's Lydia Ko.

The demands at the pinnacle of professional golf are such that, though Korda spoke of an "amazing" feeling at being an Olympic champion, she is well aware of what lies ahead for her in the coming weeks.

And so rather than going away to celebrate, Korda will be heading for Scotland on another working trip.

"It's honestly crazy. You're constantly looking ahead for your next event," she said. "One event you finish, and then next it’s like the British or Scottish [Open].

"It never really gets to sink in, in a sense. I'll look back at the season after the season is done but right now there's a lot of big events coming up, but when I do look back it’s just crazy.

“I think every win is special in its own way. I wouldn't say one win is more special or one win is bigger. Each win has a significant meaning to me.

"Obviously this is a huge honour, and it’s amazing to be a gold medallist - to even just be an Olympian and represent your country. You have to be at the top of the top to come to the Games."

Korda's parents, former Czech tennis stars Regina Rajchrtova and Petr Korda, have suggested she possesses the hunger of a queen of the jungle.

Asked about the focus she needed to find in the final round, when a storm delay held up play for 49 minutes in the closing holes, Korda said: "My parents always say that I'm a lion because always since a young age I've always been super determined and super focused on what I want, so I feel it's built inside of me."

Sister Jessica has even suggested Korda already belongs in the "G.O.A.T." - greatest of all time - conversation. Jessica finished outside the medals in a tie for 15th but nobody beat her closing 64 on Saturday.

The Scottish Open begins on Thursday and Korda is not currently listed as competing in that tournament, but she will be in the Women's Open field, with the tournament beginning on August 19.

After winning the Women's PGA Championship and following up in style in Japan this week, Korda will test her game on the Scottish links when Carnoustie stages its second women's major.

Korda had a second-round 62, which was the lowest round of the week, and that paved the way for her Olympic success.

"Safe to say I really enjoyed my first Olympic experience," she said.