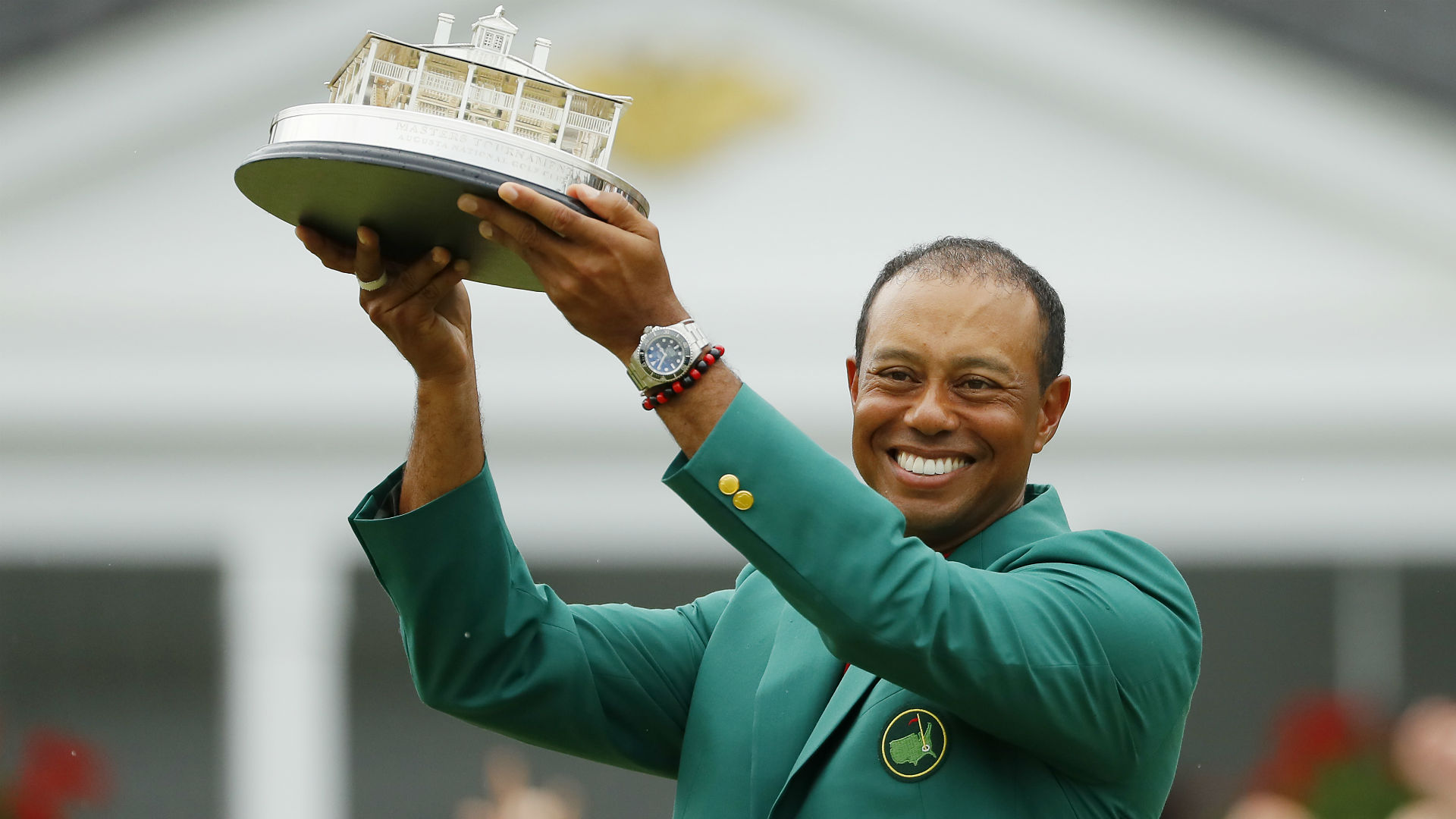 
Golf's tradition like no other has been pushed back by seven months, meaning Tiger Woods will have to wait to treat his fellow past Masters winners to the Champions Dinner for the fifth time.

History suggests that when Woods does settle on his menu choices, there is a strong chance a porterhouse steak will be the entree.

Woods has twice selected that cut of beef as the star of the show on his menu, doing so in successive years in 2002 and 2003.

The 15-time major winner has a long time to mull over his options for this year's feast and he may have to pull out all the stops to match some of the delights that have been served up since he last set the menu back in 2006.

Here we pick out some of the best and worst Champions Dinners from years gone by.

Take an intimate look at the 2018 Champions Dinner. #themasters pic.twitter.com/rP8NxO6egt

Sometimes keeping it simple is the best way to go, and that is what Woods did a year after his maiden Masters win in 1997. He went with four staples of American fast food. Nothing fancy, but more than enough to whet the appetite.

The Big Fijian dished out big flavours in his lone Champions Dinner. The sea bass with three flavour chili sauce might have left some of the diners sweating, but at least they had a refreshing lychee sorbet to cool them off.

Cabrera marked the one-year anniversary of his second major win by going for a meat lover's dream from his homeland. The only surprise being that the man known as El Pato did not add duck to the menu.

It was no shock that the Texan went with a barbecue. When cooked correctly, there are few things more delectable than a tender brisket. While that meal must have gone down well, the fourth-round collapse that followed a few days later was tough to swallow for Spieth.

A universally popular victor in 2017, Garcia played to the crowd in 2018 by including ingredients from the countries of past champions in his starter. The use of his mother's recipe for the desert made this classic Spanish fare a winner.

Haggis is very much an acquired taste, and Lyle didn't exactly give the diners much to enjoy away from the Scottish savoury pudding with two bland side dishes.

Without knowing the dressing, it's tough to give a full verdict on Langer's choice but opting for famously dry meat outside of Thanksgiving or Christmas Day is an odd decision.

Fish and chips is a universally popular British classic, but Faldo's decision to put it alongside tomato soup makes for a strange pairing.

Two years on from his first Champions Dinner in 2013, Watson produced exactly the same menu. Surely a golfer with Watson's reputation for the unorthodox knows that variety is the spice of life?

The Sunday roast is another British favourite. However, the combination of that entree with cottage pies and an apple crumble is an overly heavy one.