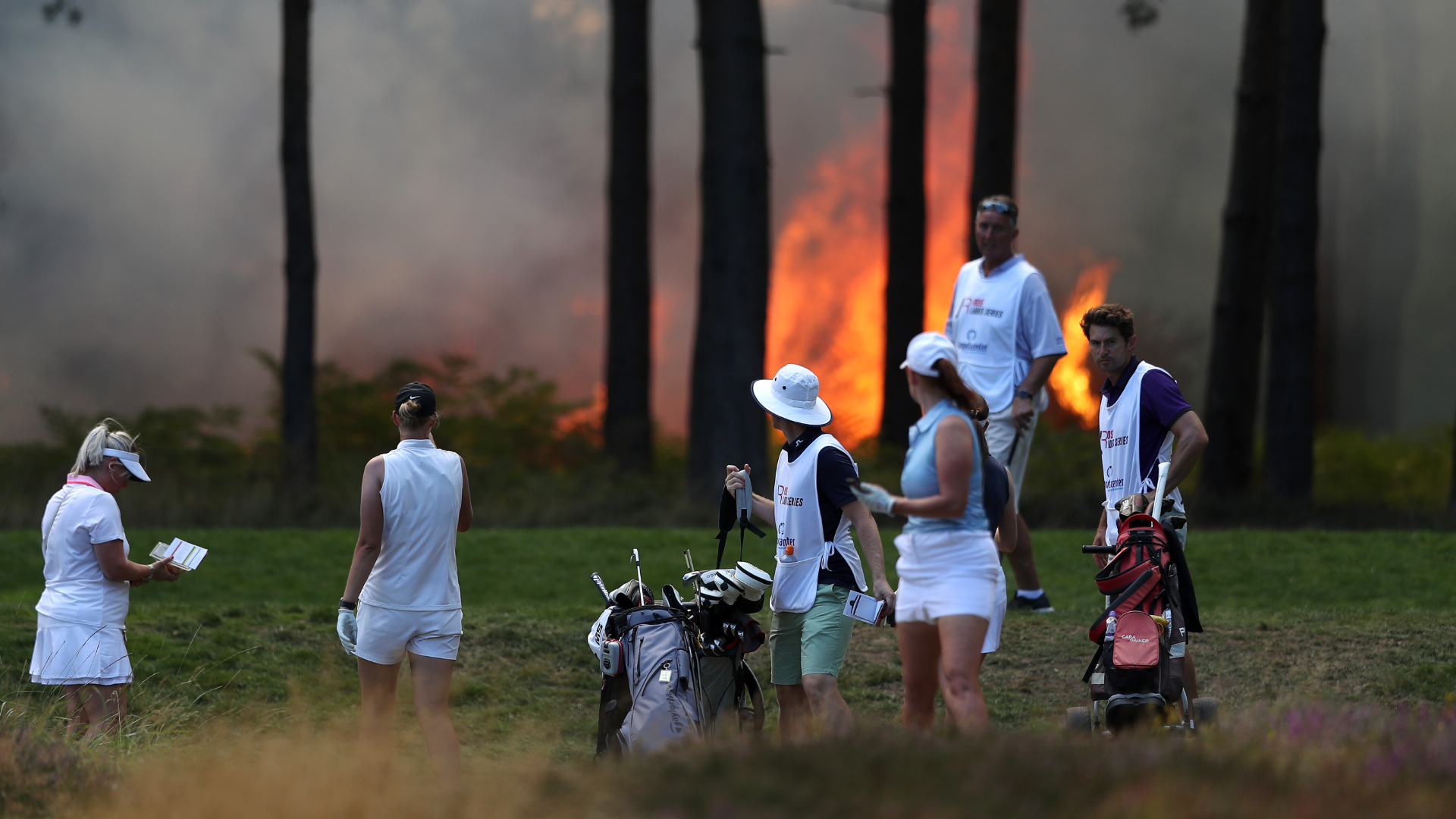 
Play at the Rose Ladies Series Grand Final was suspended on Friday due to a fire at Wentworth.

The blaze started at Chobham Common and began to encroach upon the course as strong winds caused it to spread quickly.

Surrey Fire and Rescue Service tweeted to say they had sent "10 fire engines, four unimogs, two water carriers and 10 4x4 vehicles" to the site and urged the public to avoid the area.

Sky Sports News reporter James Weir said people were told to evacuate as the fire approached the 12th hole of the West course.

"The one good thing is that a golf course does have irrigation systems and sprinklers in place, so they can put out the fire," he said.

"They think it might be skirting up the perimeter of the course but they are not anticipating it being too big a problem."

Felicity Johnson, twice a winner on the Ladies European Tour, told Sky Sports: "As we were playing the ninth, we could see the smoke in the distance but it seemed to get closer pretty quickly.

"We were waiting on the ninth green to see what was happening and then [there were] some flames and you could hear it, the noise of it.

"It is pretty scary when you suddenly see flames and then hear them. We all know how fast fire can travel so it was pretty scary for a moment there. We just had to stay at a safe distance and hope it could be brought under control."

The tournament, organised by Justin Rose and his wife Kate, was set up to allow female professionals to return to competition after the 2020 calendar was impacted by the coronavirus pandemic.

We currently have 10 fire engines, 4 unimogs, 2 water carriers and 10 4x4 vehicles in attendance at the #ChobhamCommon fire. Please continue to avoid the area while crews continue to deal with this large fire and follow @SurreyPolice for road closure details.  pic.twitter.com/ZdWO2c1XDV