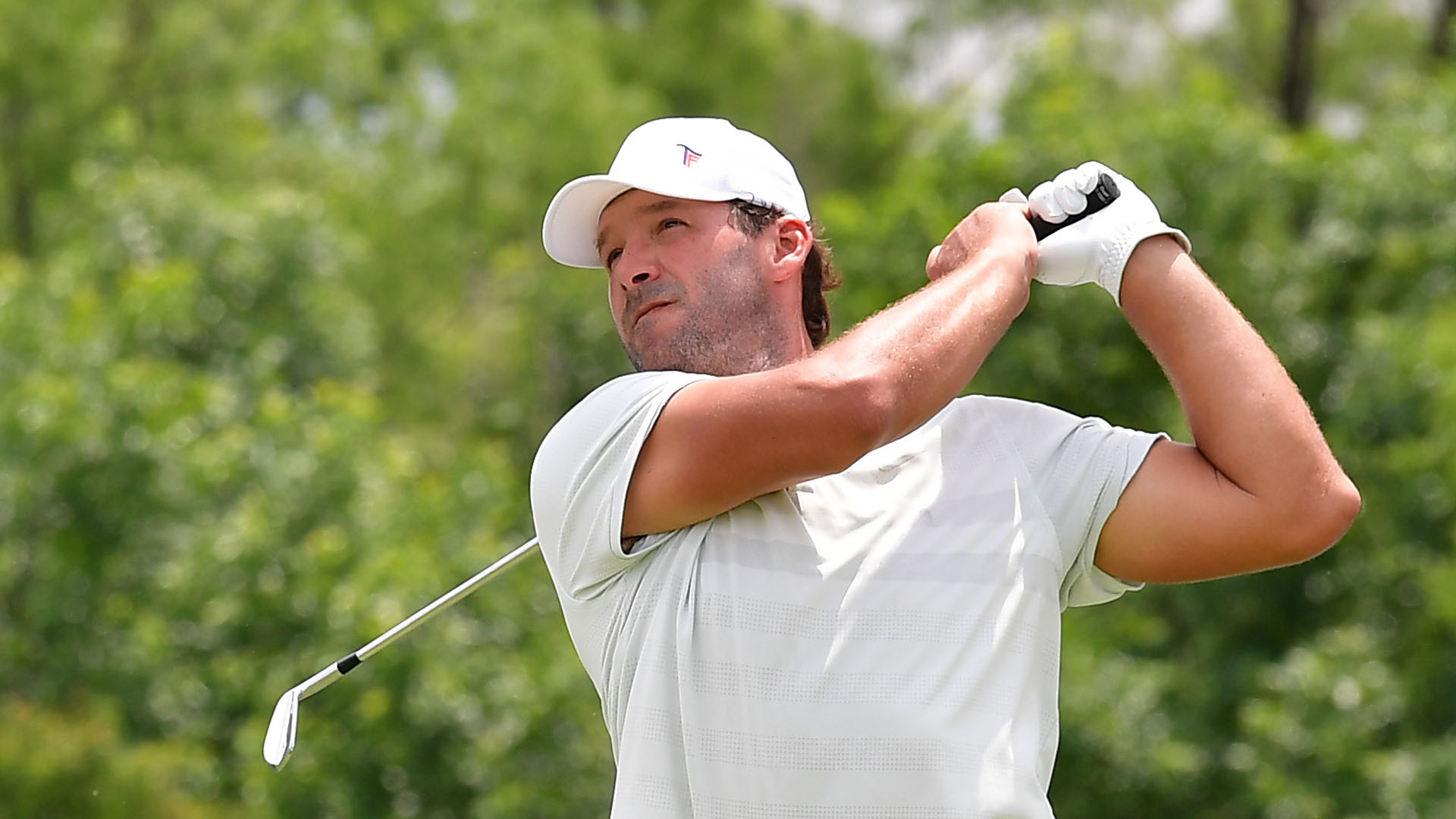 WATCH: Tony Romo chips in for eagle at Byron Nelson


Tony Romo got the crowd excited as he moved up the leaderboard at the Byron Nelson on Thursday.

The retired Dallas Cowboys quarterback is taking part in his third PGA Tour event this week and he made an impressive start.

Romo chipped in for eagle on the par-five seventh hole from around 30 yards out to move to two under at that early stage at Dallas' Trinity Forest Golf Club, where he is a member.

Both the assembled supporters and the ex-NFL star looked to be enjoying themselves, with Romo shaking his fist and screaming with excitement.