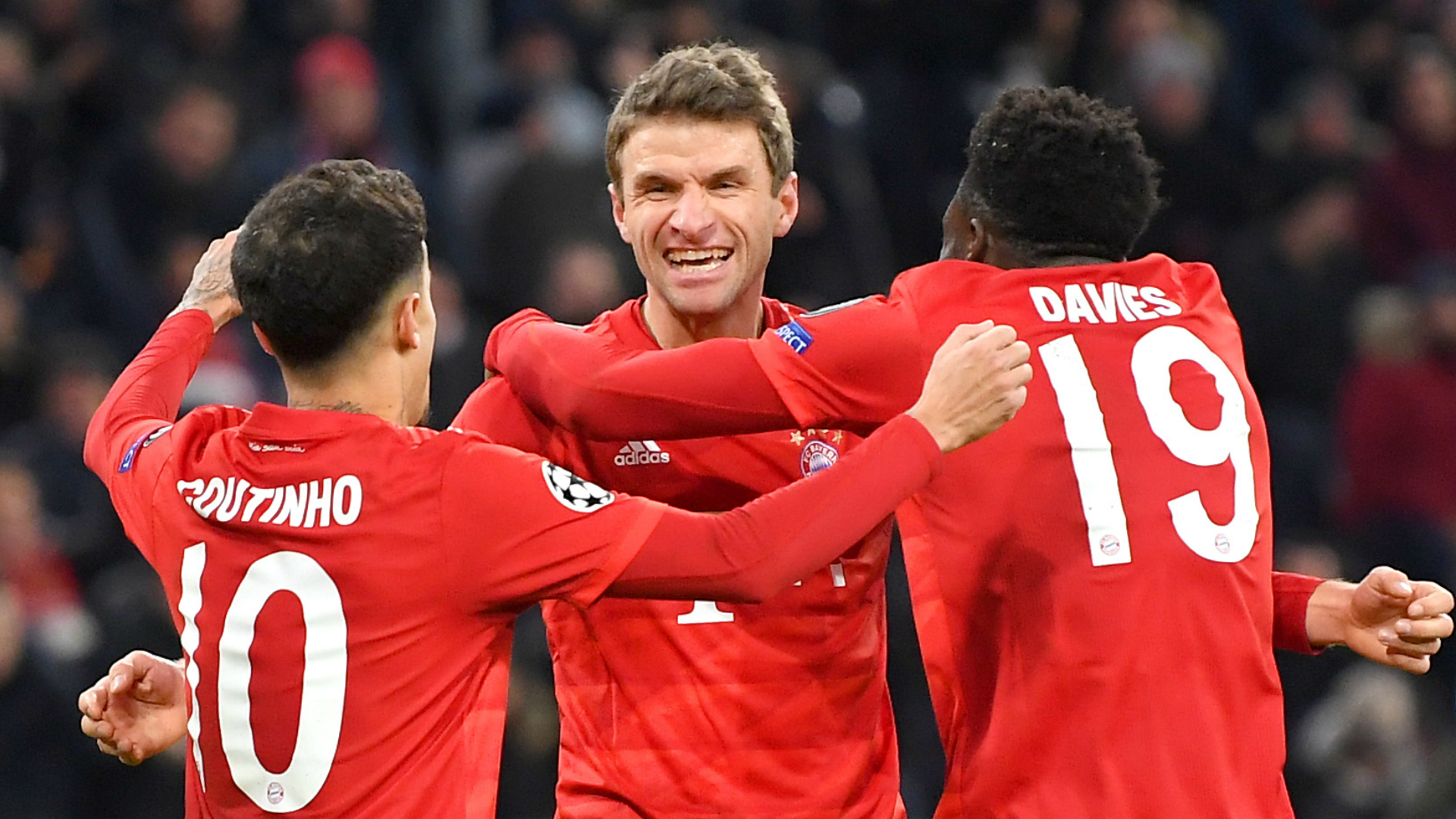 
Bayern Munich set a new Champions League benchmark when they completed a perfect Group B campaign with Wednesday's comfortable 3-1 victory over Tottenham.

Kingsley Coman, Thomas Muller and Philippe Coutinho were on the scoresheet as the Bundesliga champions improved their points haul to a maximum 18 from six games.

Bayern finished well clear of second-placed Spurs, and the combination of points and positive goal difference – a commanding +19 – confirmed them as the best group winners in the competition's history.

The highlight was undoubtedly the 7-2 thrashing of Tottenham in London at the start of October, a result that seemed to hasten Mauricio Pochettino's downfall.

Bayern and Tottenham will be both in the draw for the last 16, which takes place in Nyon on Monday.

18 - Champions League record: By collecting maximum points (18) and a goal difference of +19 @FCBayernEN become the best group winner in the history of the competition. Giants. #FCBTOT #ChampionsLeague pic.twitter.com/kZ7sPcLJxS